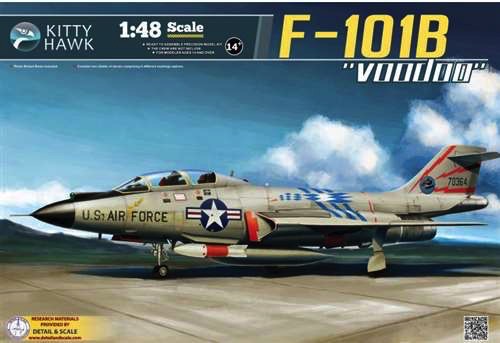 DISCONTINUED This product has been discontinued
and is no longer available.List price: $79.99
You pay: $59.99
(All prices in U.S. Dollars)

The F-101 Voodoo was a supersonic jet fighter which served the United States Air Force (USAF) and the Royal Canadian Air Force (RCAF). Initially designed by McDonnell Aircraft as a long-range bomber escort (known as a penetration fighter) for the Strategic Air Command (SAC), the Voodoo was instead developed as a nuclear-armed fighter-bomber for the Tactical Air Command (TAC), and as a photo reconnaissance aircraft based on the same airframe.