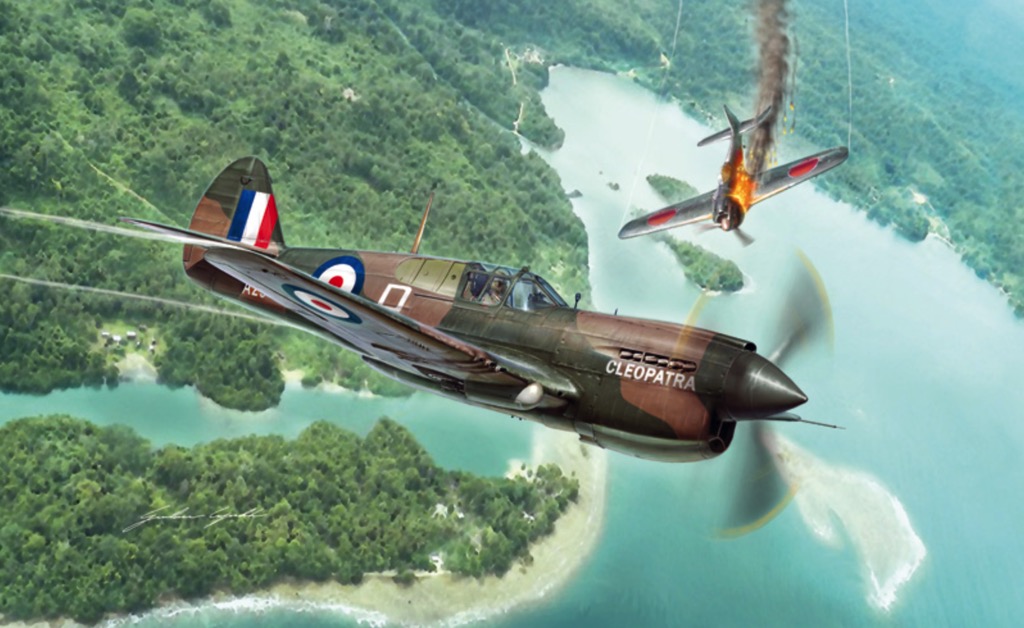 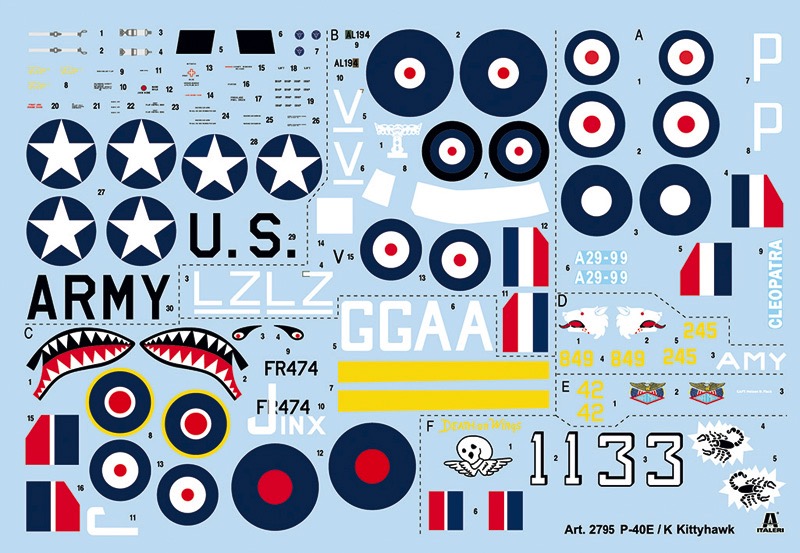 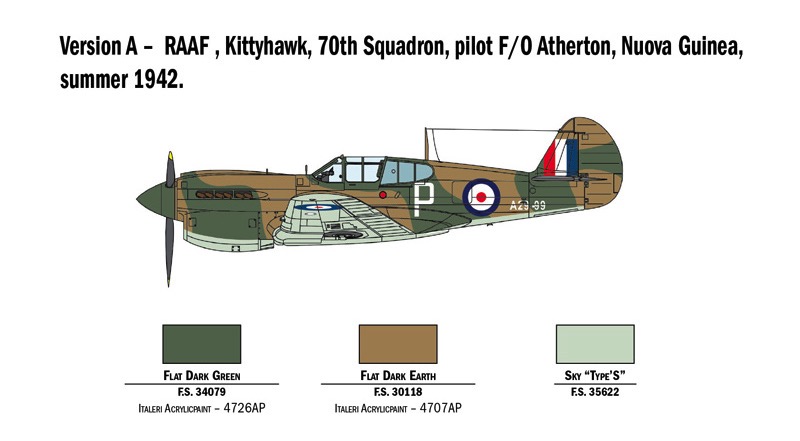 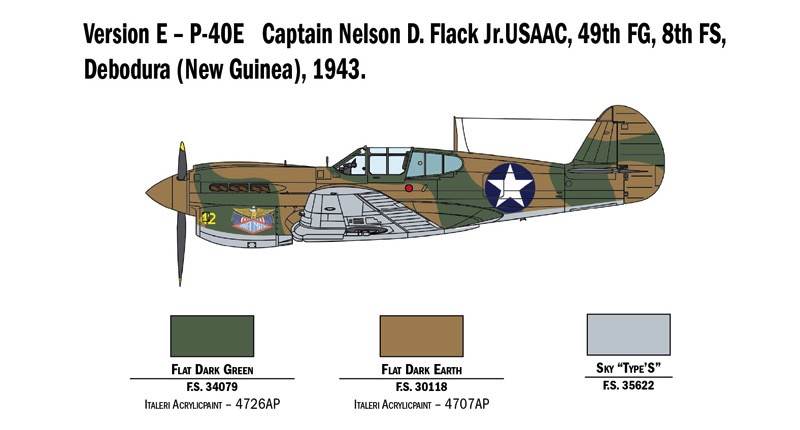 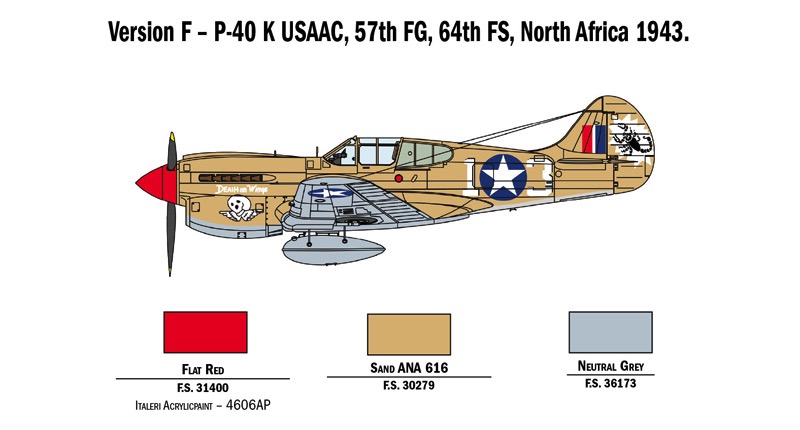 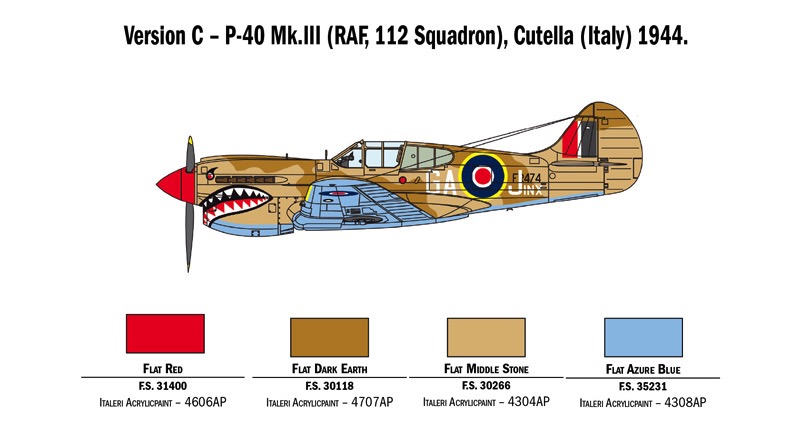 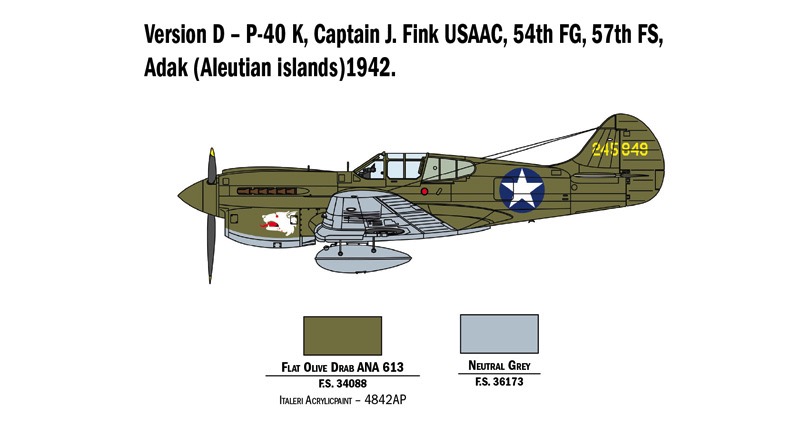 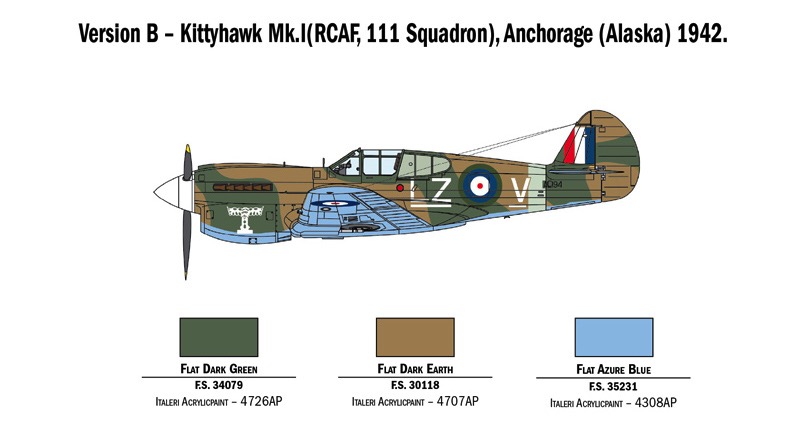 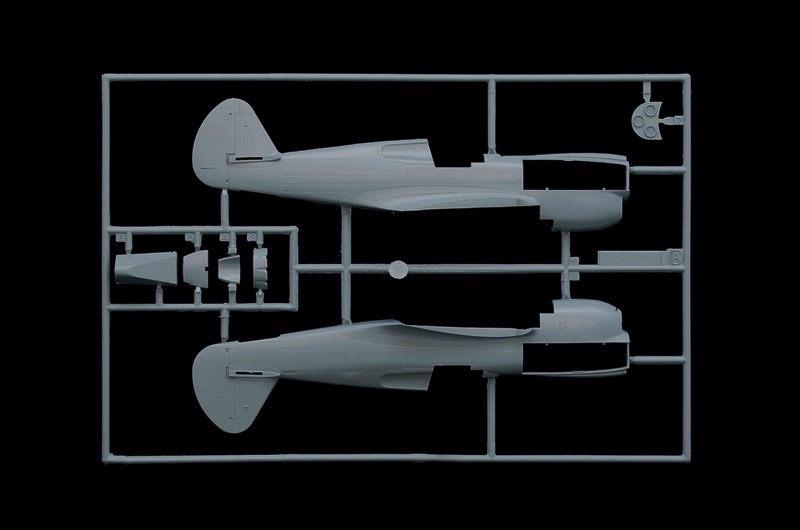 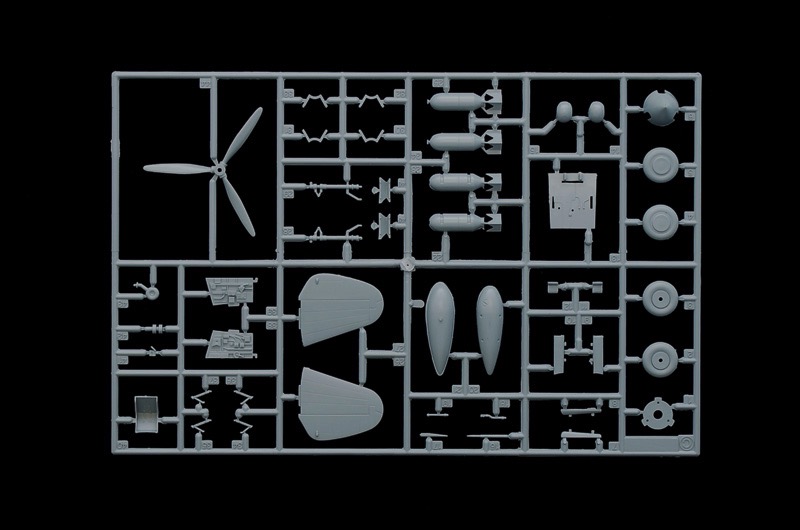 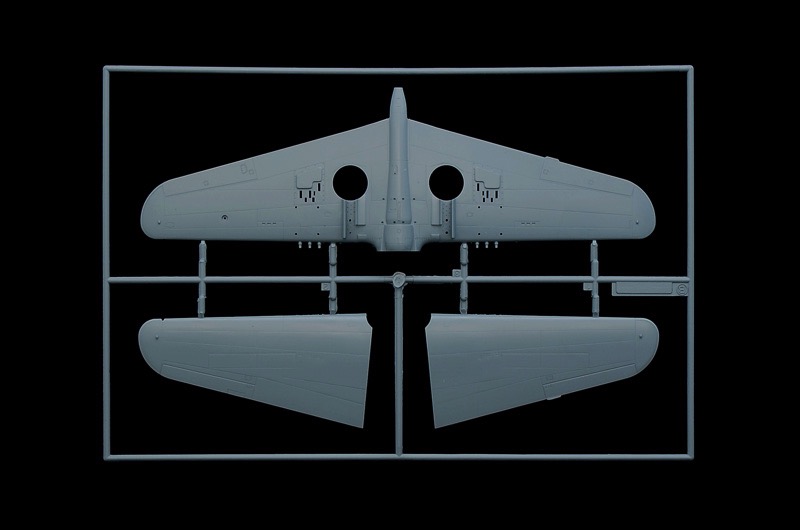 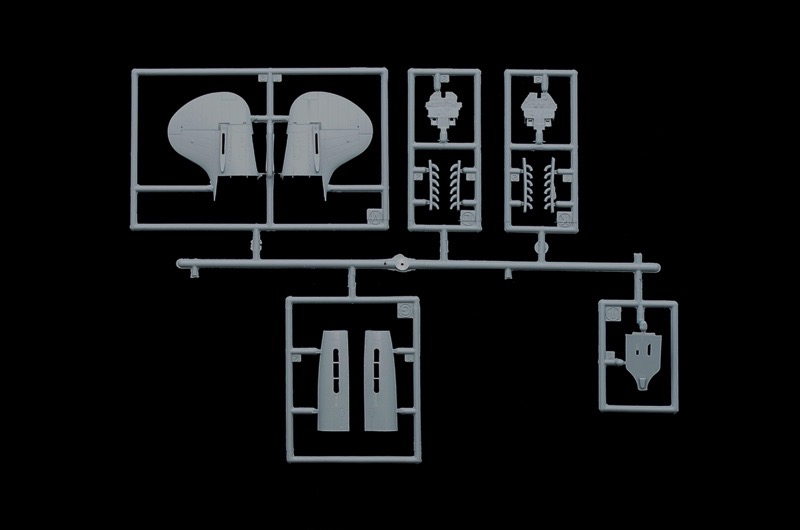 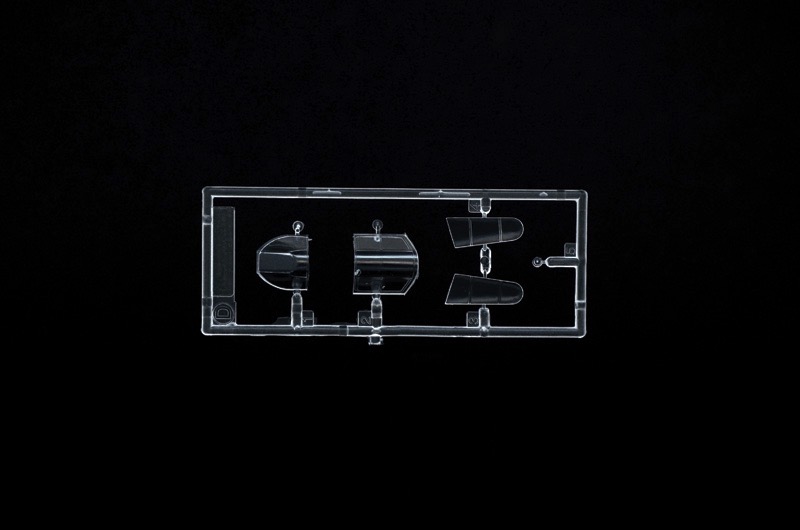 Based on the design of the previous single-seat radial engine fighter Curtiss P-36, the Curtiss P-40 has become one of the most famous and used aircraft of the Second World War. Between 1941 and 1944 he also played a key role in many operational theaters from North Africa to Italy, from China to the South Pacific. Characterized by a very robust and reliable aerodynamic structure, the Curtiss P-40 was equipped with an Allison V-12 engine, capable of delivering more than 1,150 HP. Thanks to it, the Curtiss P-40 was able to reach the speed of 580 Km / h. It served as air superiority fighter and fighter bomber. One of the most successful version was the P-40E. Used by U.S. fighter squadrons and, as Kittyhawk , by Commonwealth Air Forces, the P-40E was heavily armed with six 12.7 mm. M2 Browning machine guns installed in the wings. Furthermore, thanks to its under wings hardpoints, able to carry nearly 900 Kg. of bombs, it was also able to satisfy close air support duties.