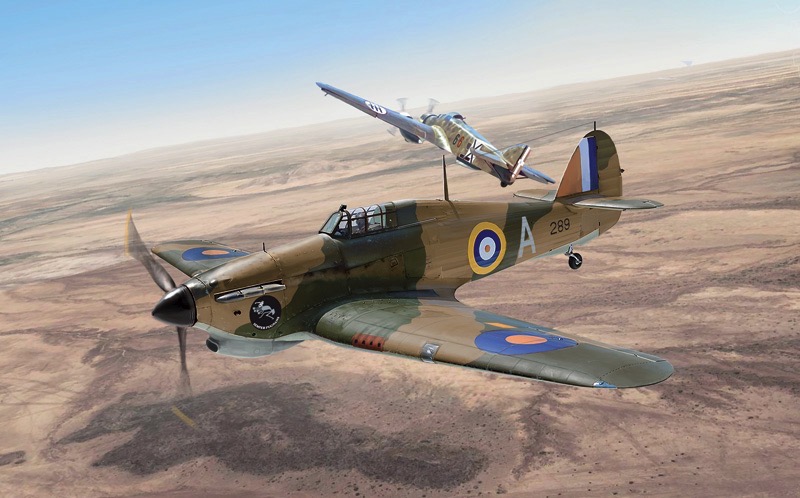 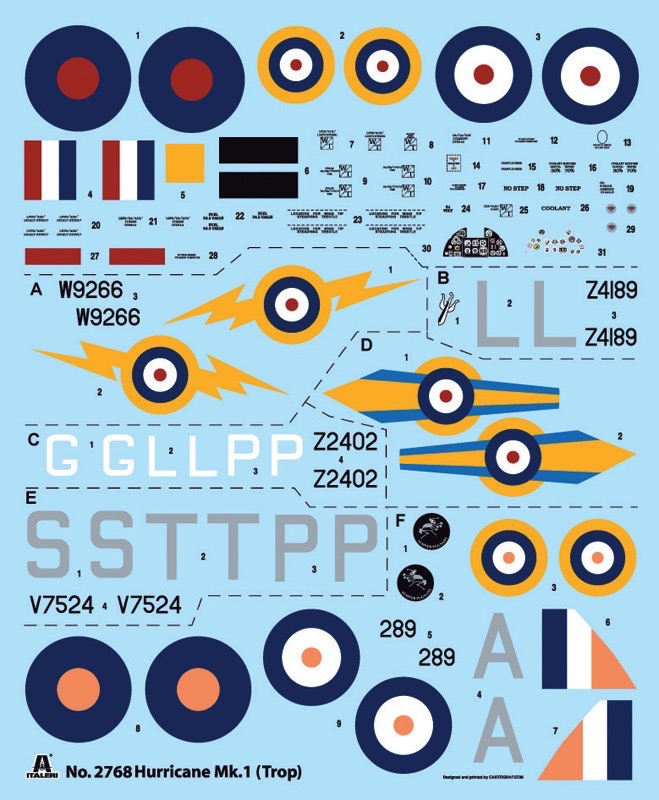 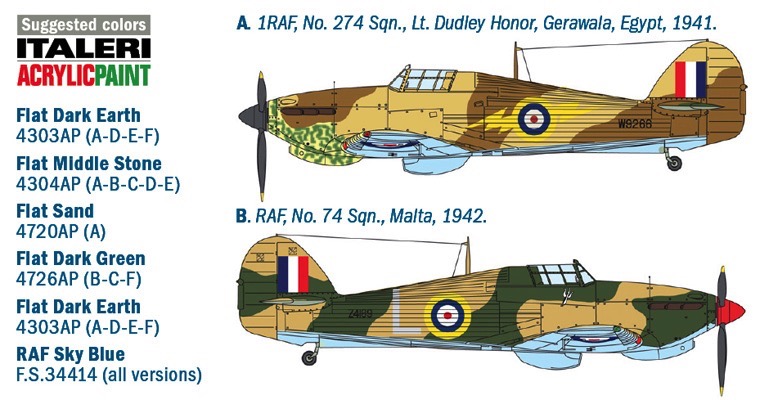 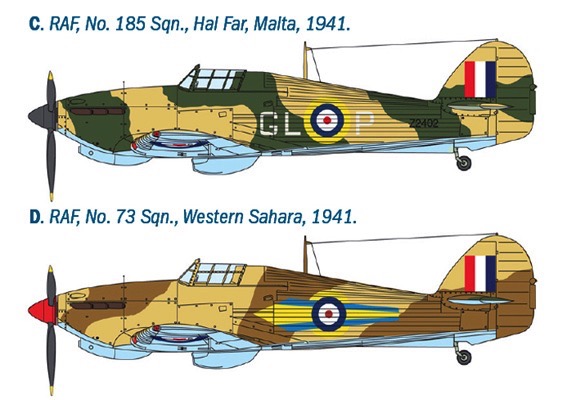 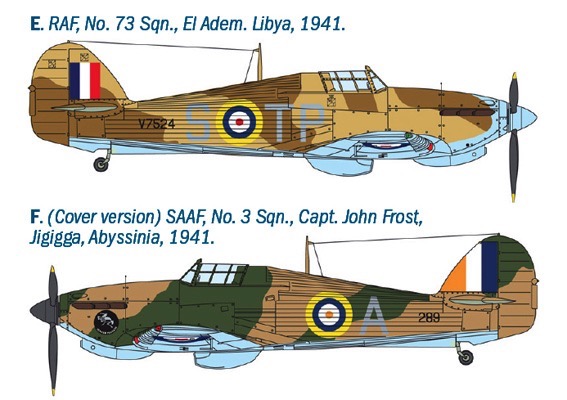 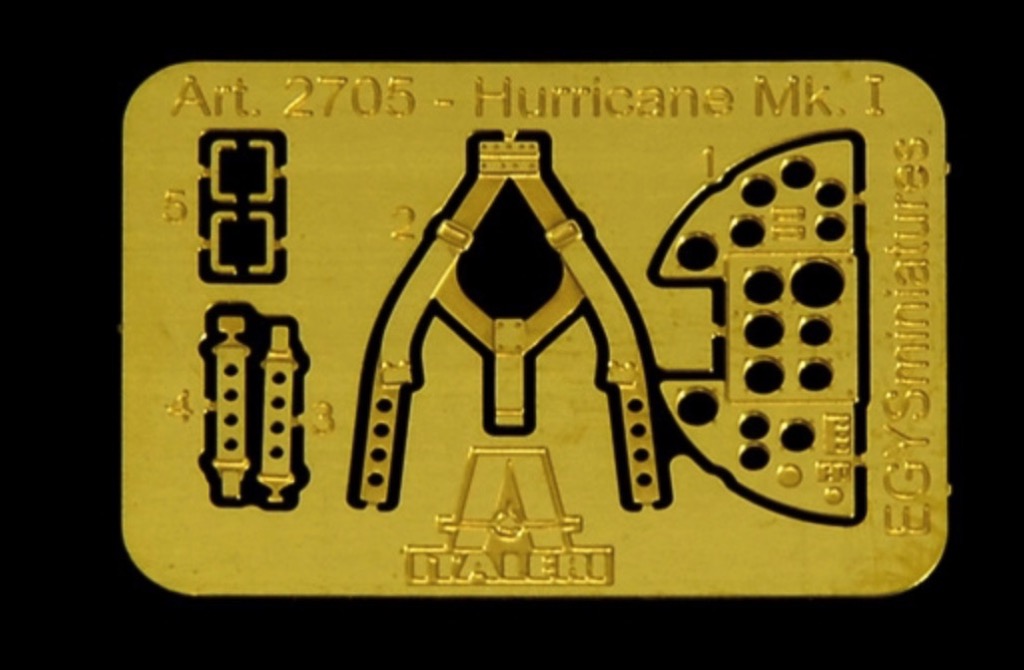 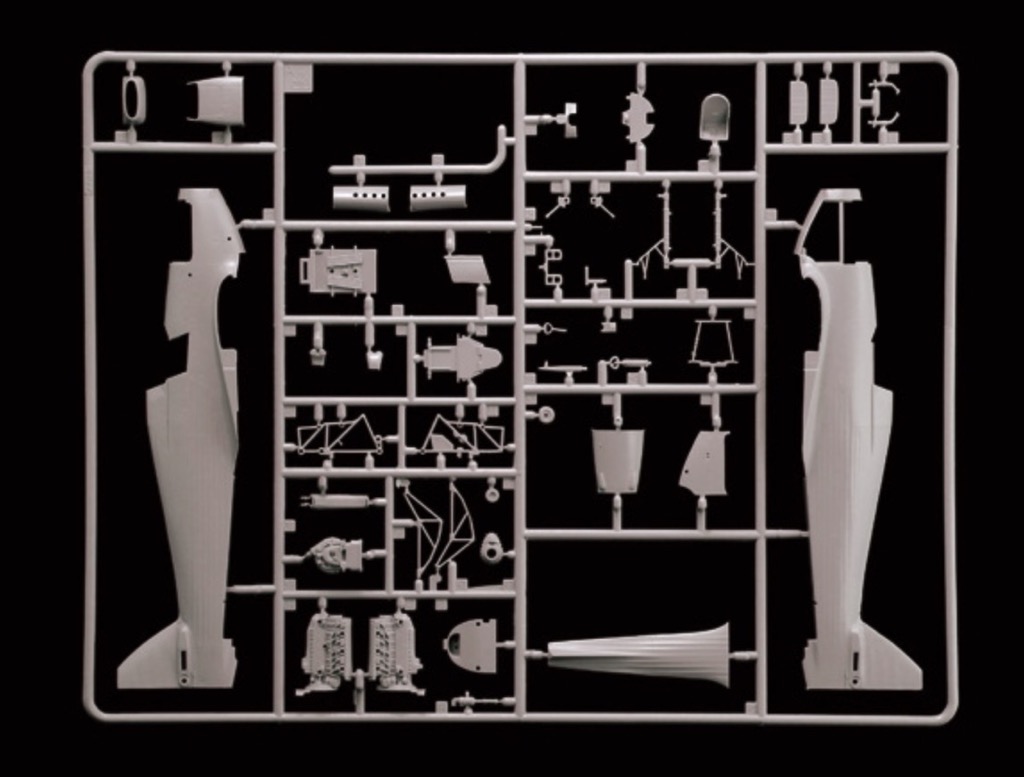 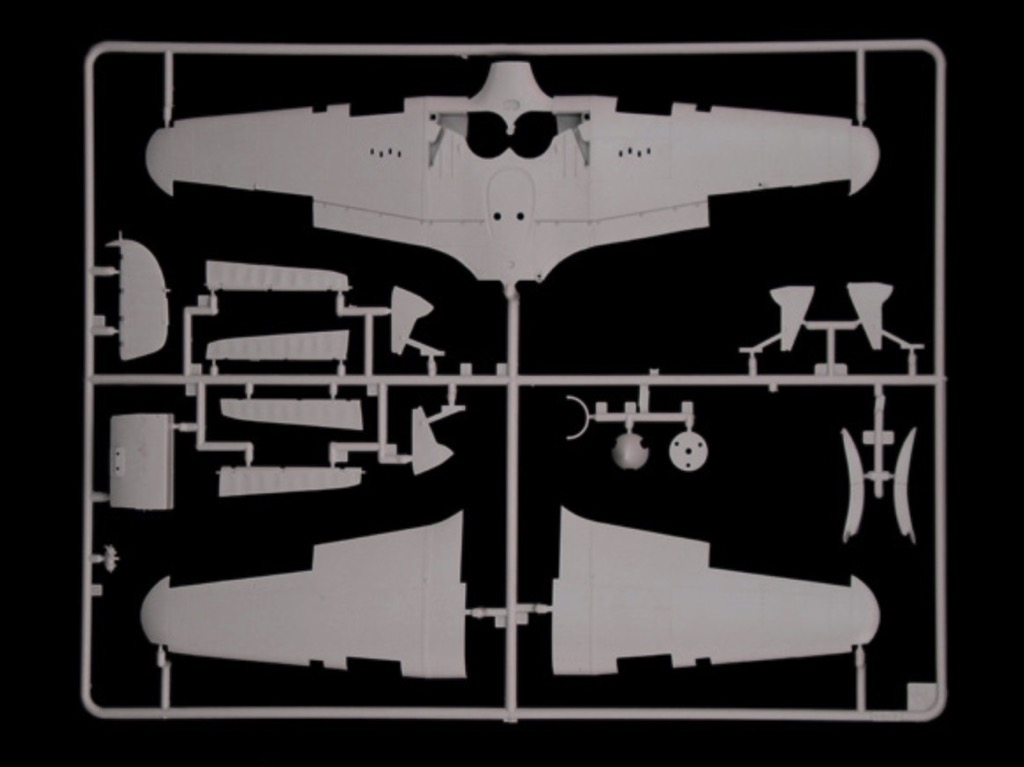 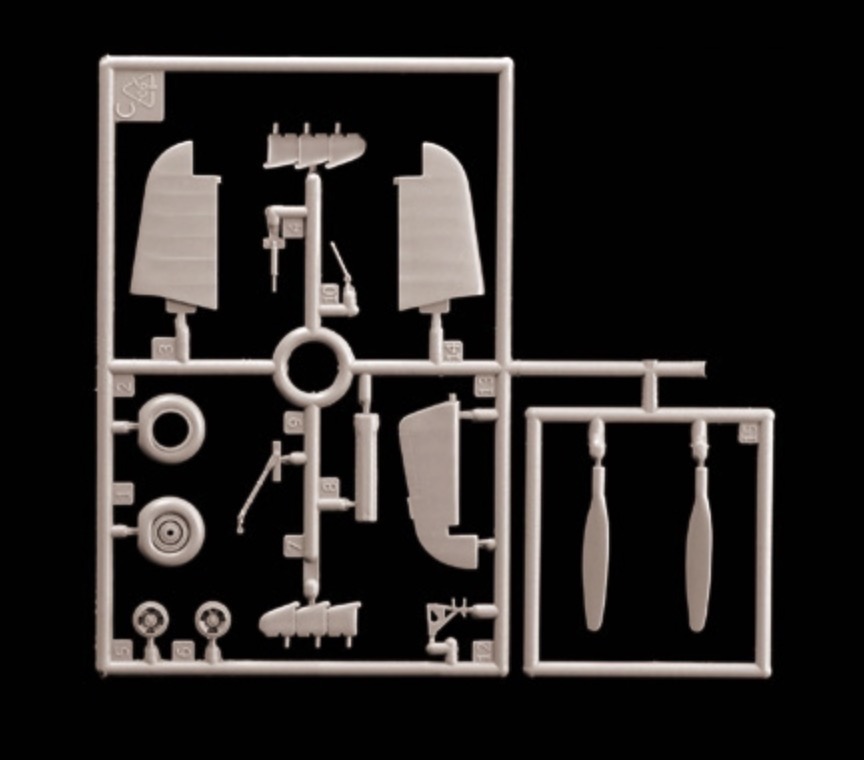 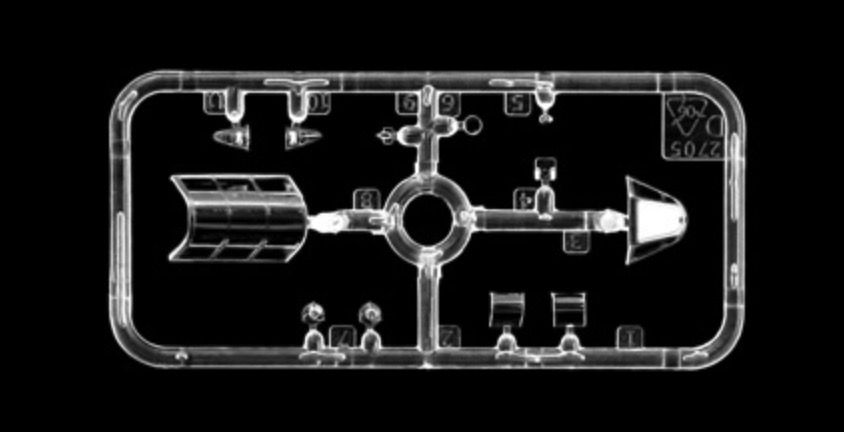 DISCONTINUED This product has been discontinued
and is no longer available.List price: $53.50
You pay: $37.49
(All prices in U.S. Dollars)

The Hawker Hurricane has been the most widely used fighter by the British Royal Air Force at the beginning of World War II. The Hurricane was powered by a Rolls-Royce Merlin 12-cylinders, liquid-cooled, with more than 1,000 HP. The eight 7.7 mm Browning machine guns, which equipped it , guaranteed a good firepower. Although it was slower and more antiquated, for aerodynamic design, then the famous "colleague" with whom it shared the operational engagement during the Battle of Britain, however, was more robust, cheaper and easier to maintain and repair. On June 1940 the first Hurricane Mk I "Tropical" version, characterized by the adoption of the Vokes air filter, appeared. Several Hurricanes has been deployed in Malta and in North Africa.