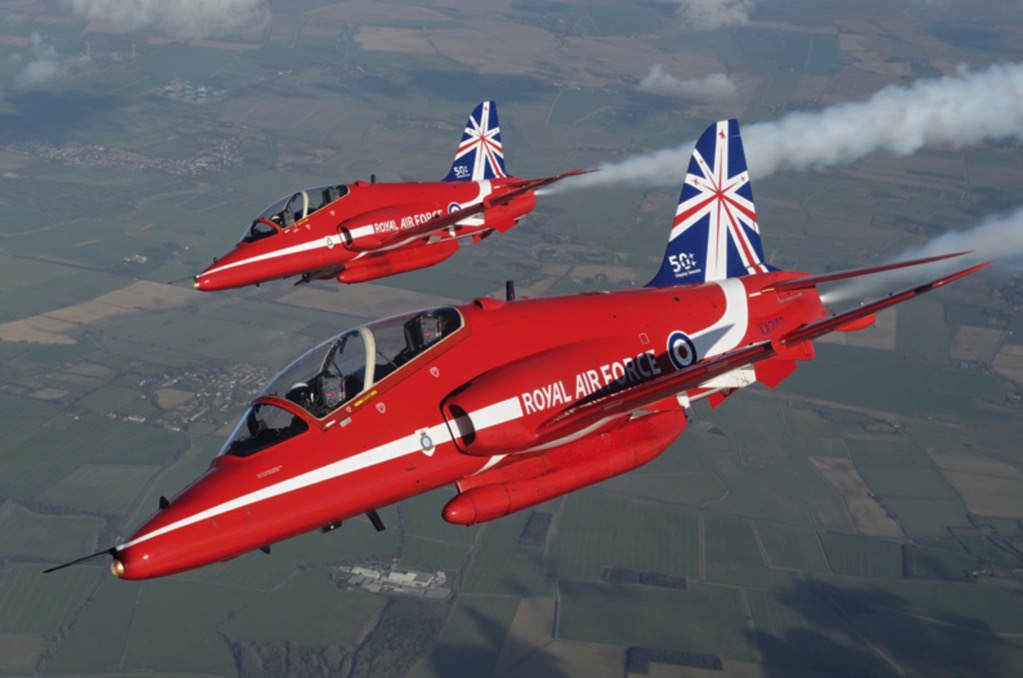 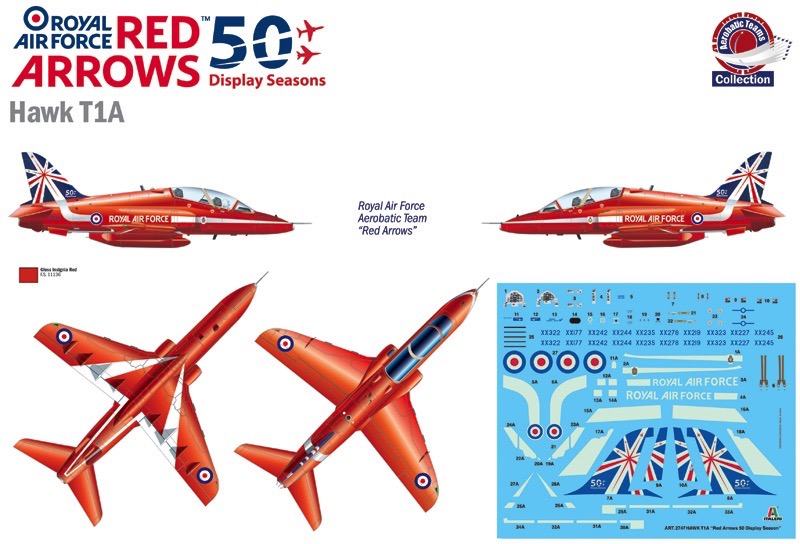 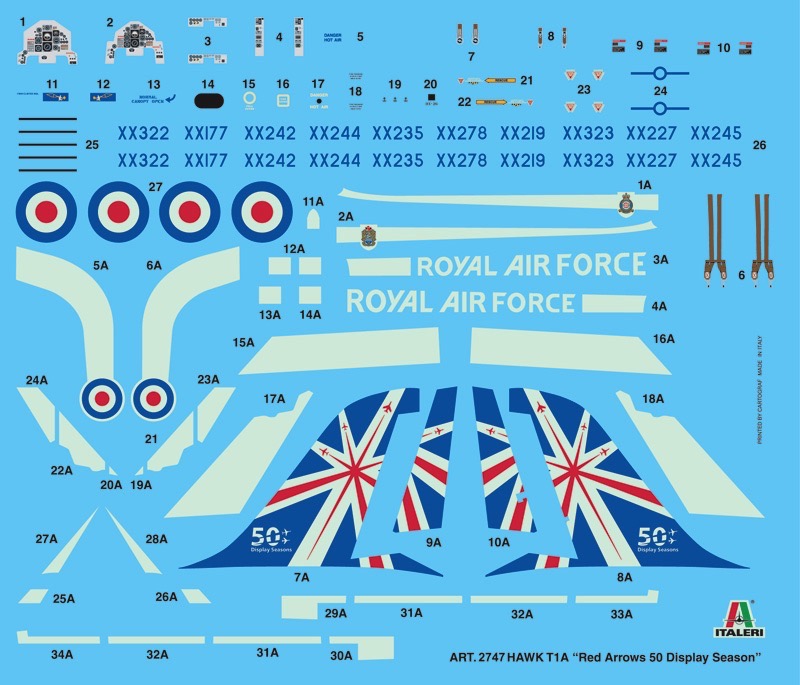 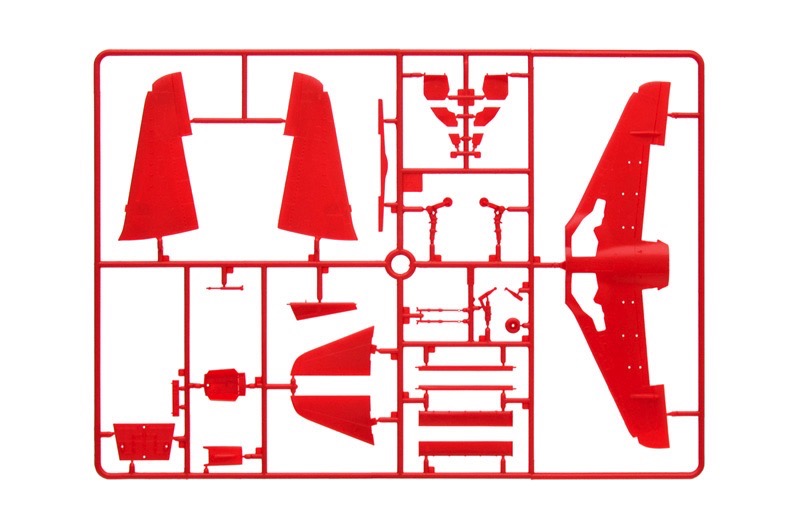 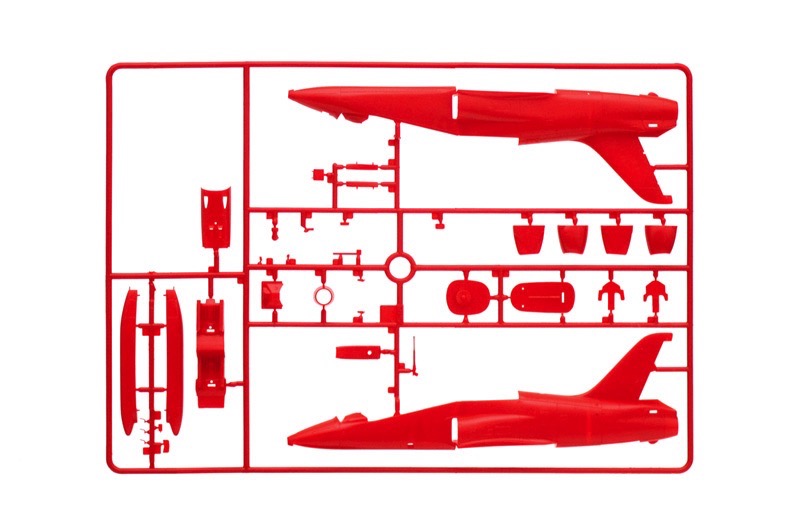 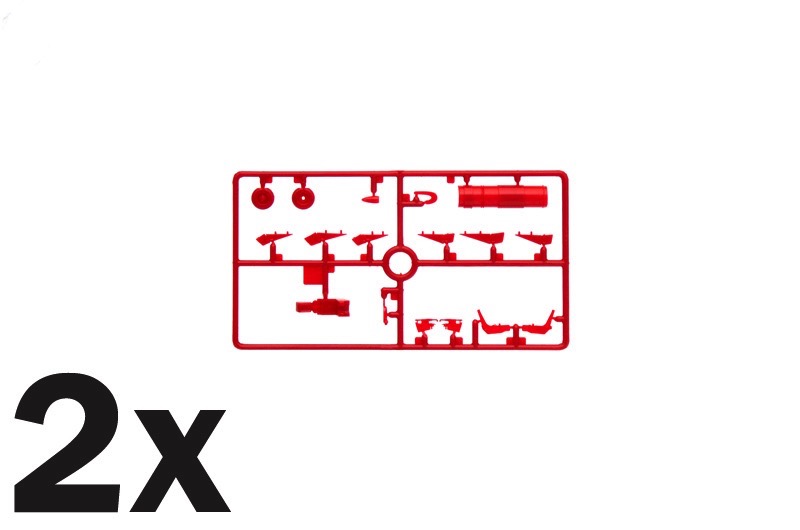 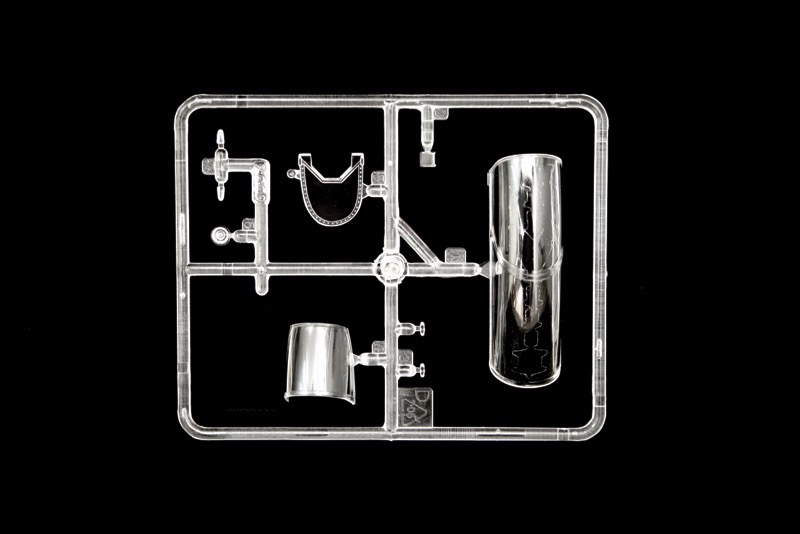 DISCONTINUED This product has been discontinued
and is no longer available.List price: $47.99
You pay: $33.59
(All prices in U.S. Dollars)

The British Royal Air Force Aerobatic Team (RAFAT), the formal name of the Red Arrows, began life in 1964. All the previous RAF display teams were amalgamated in the this new team that was soon equipped with seven Folland Gnat trainers. Starting from 1980, thanks to its performing qualities and its incredible maneuverability, the Hawk is used to equip Red Arrows team. It is the same as the one used by the Royal Air Force for training, with further improved mechanics to provide even quicker command response times. Furthermore smoke generators have been inserted which are used during exhibitions, allowing for 5 minutes of white smoke, 1 minute of red smoke and 1 minute of blue smoke.