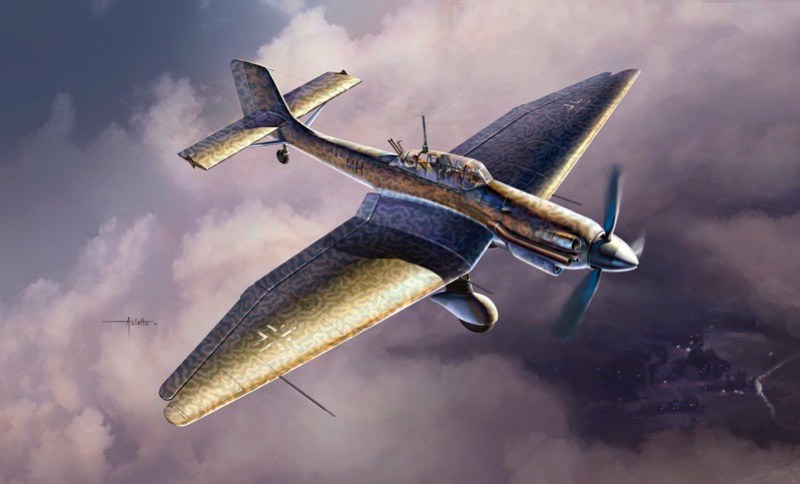 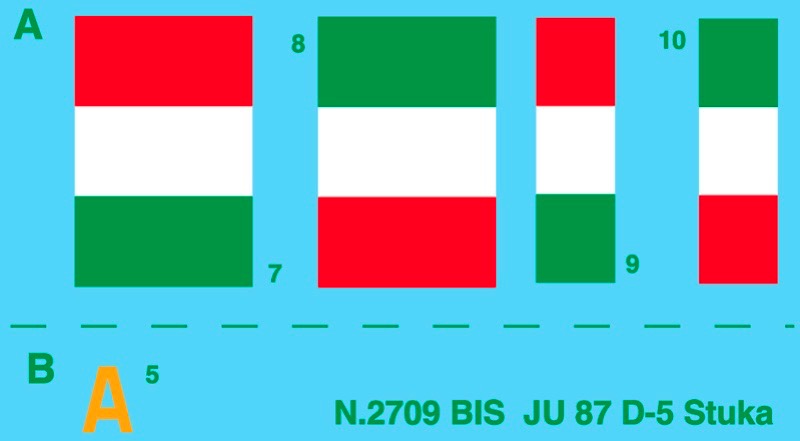 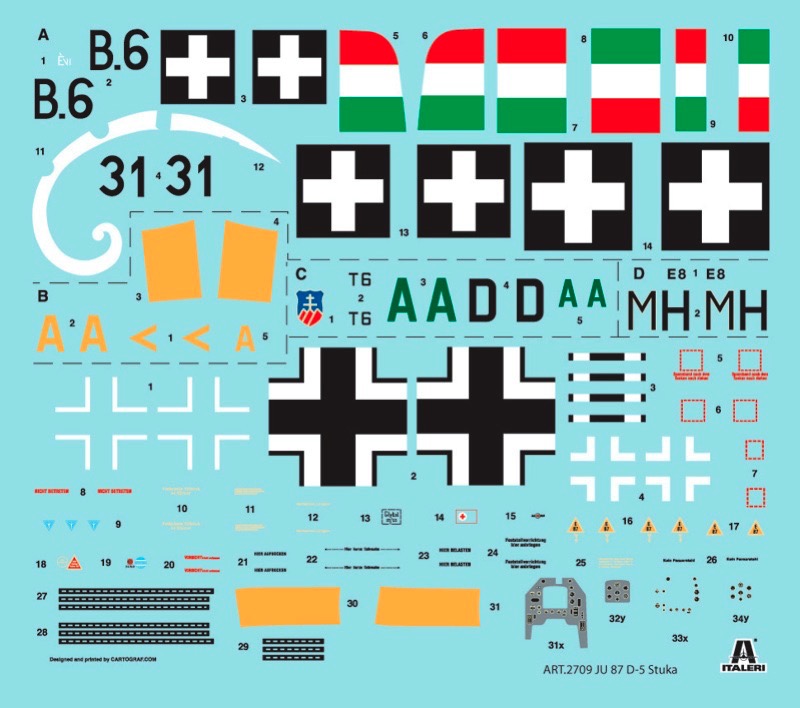 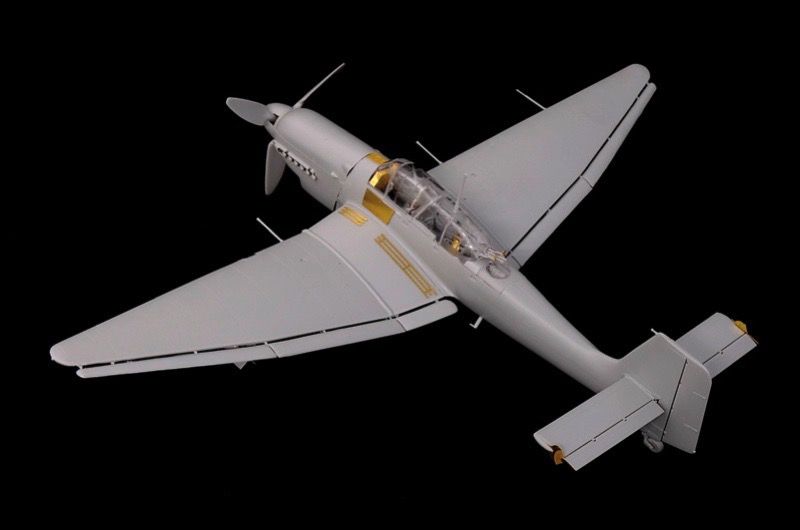 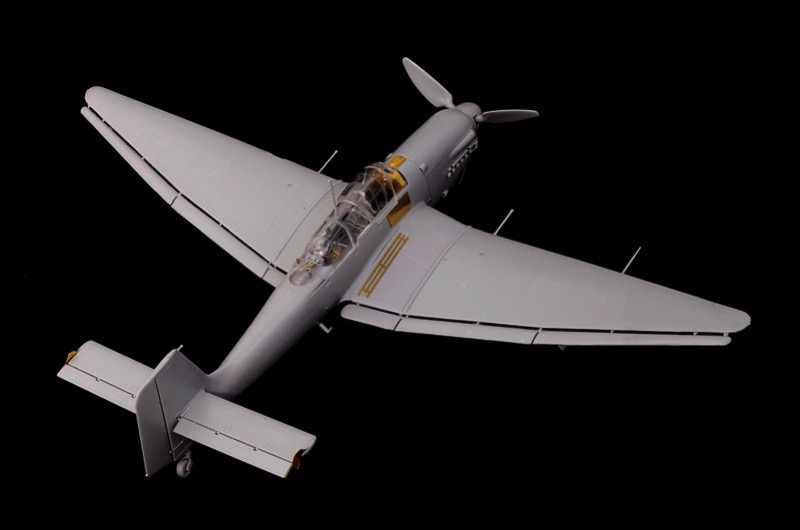 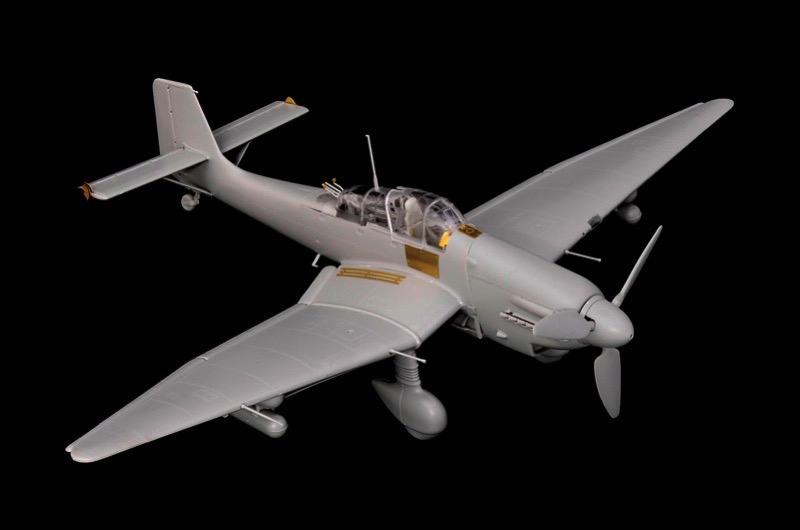 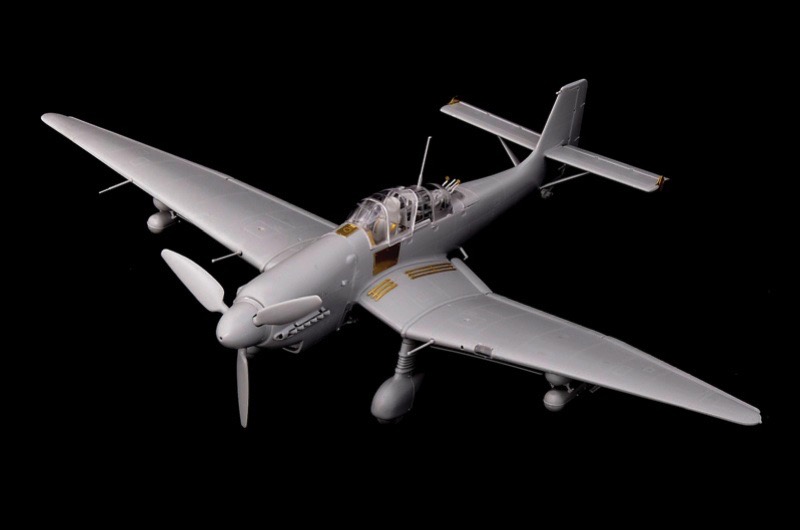 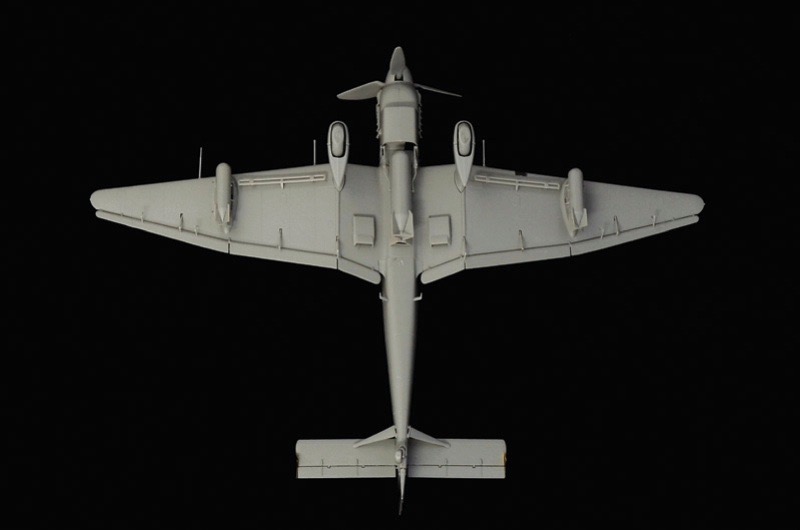 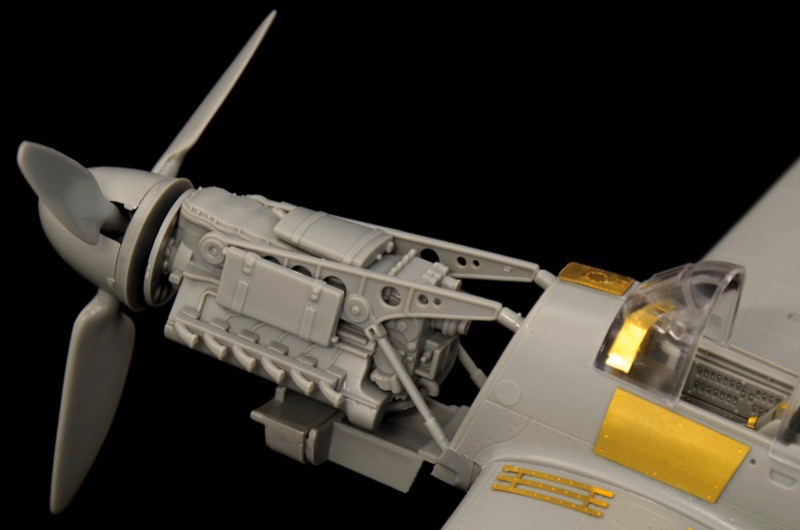 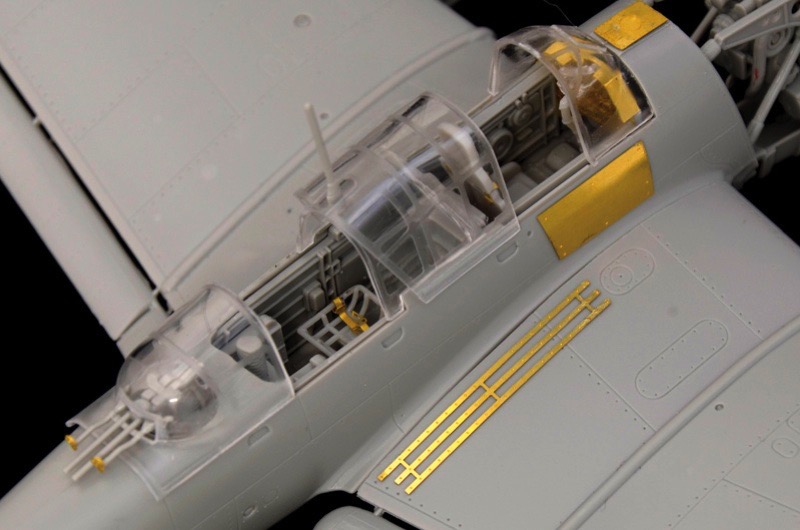 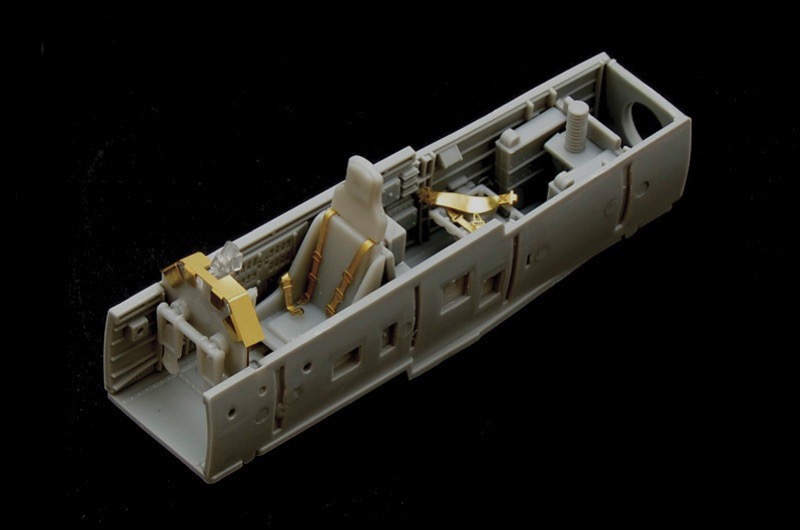 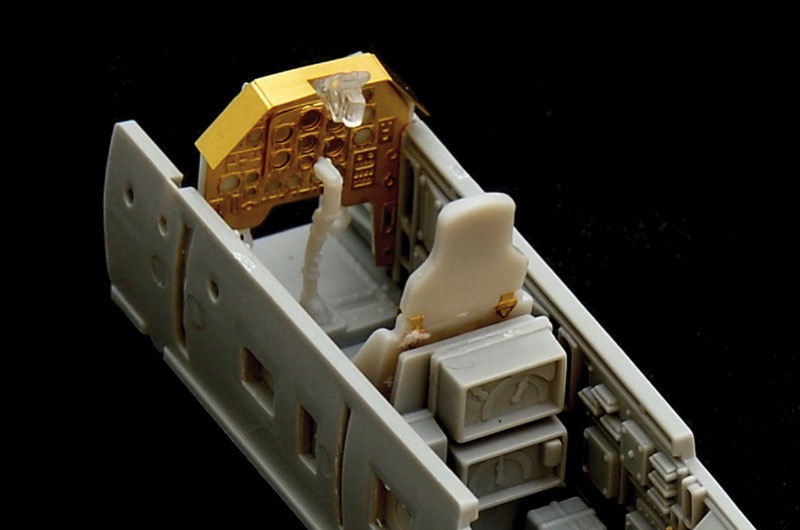 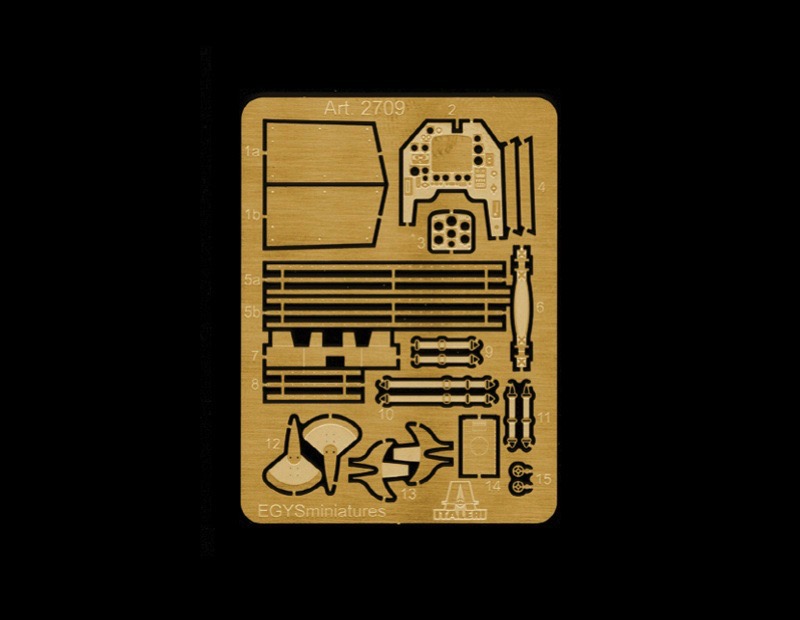 The JU-87 dive bomber is certainly one of the most famous airplanes of World War II. This characteristic "inverted gullwing" aircraft became famous at the early stages of the war, when Germany had virtual air superiority. Later on the planes's limits became obvious. The Stukas were then used as troop support aircraft on the Eastern front, where its robust fuselage proved to be quite adequate. During the final war period the plane was used as a night bomber where the flying qualities of its crews were important in a situation of technical and numeral inferiority.