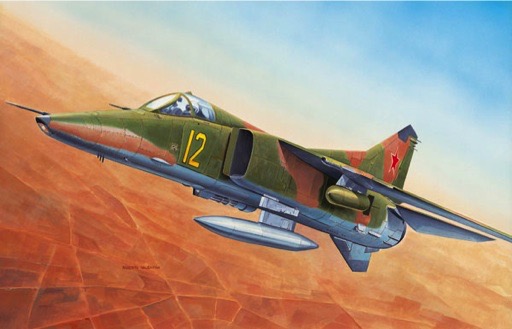 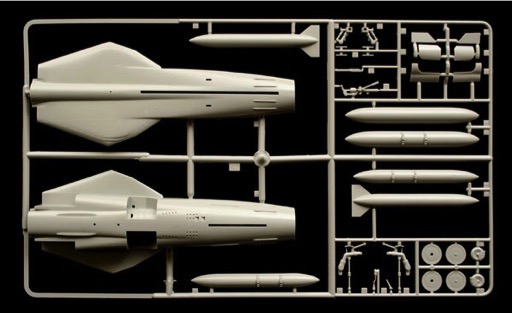 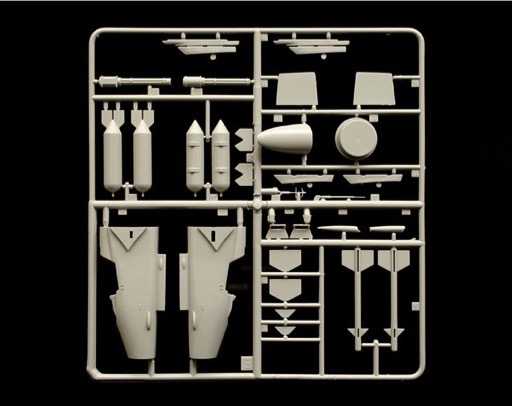 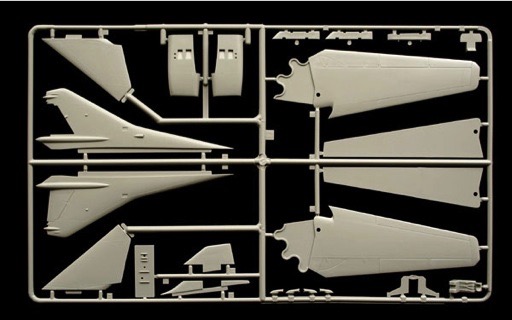 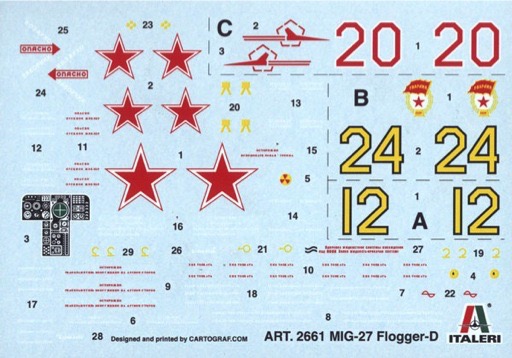 DISCONTINUED This product has been discontinued
and is no longer available.List price: $34.00
You pay: $23.89
(All prices in U.S. Dollars)

The first MiG-23 spin-off for ground attack was the MiG-23B, whose prototype, Izdeliye 32-24/1, flew on 18th February 1971 with a Lyulka AL-21F engine. When compared to other fighters, the most evident change was on the nose, completely redesigned to favor vision towards the ground, and it was equipped with specific instruments. The definitive MiG-27 was reached through the MiG-23BN; the MiG-27 was propelled by a Soyuz/Khachaturov R29B-300 engine and was equipped with a PrNK-23S navigation and attack system and a Fon laser telemeter. Air intake was simplified as there was no longer the need for supersonic flying, and larger wheels were added; the maximum weapon load of this version reached 4,000 kg, other than the 30 mm six-barrel gun GSh-30A, with 5,000 hits per minute.