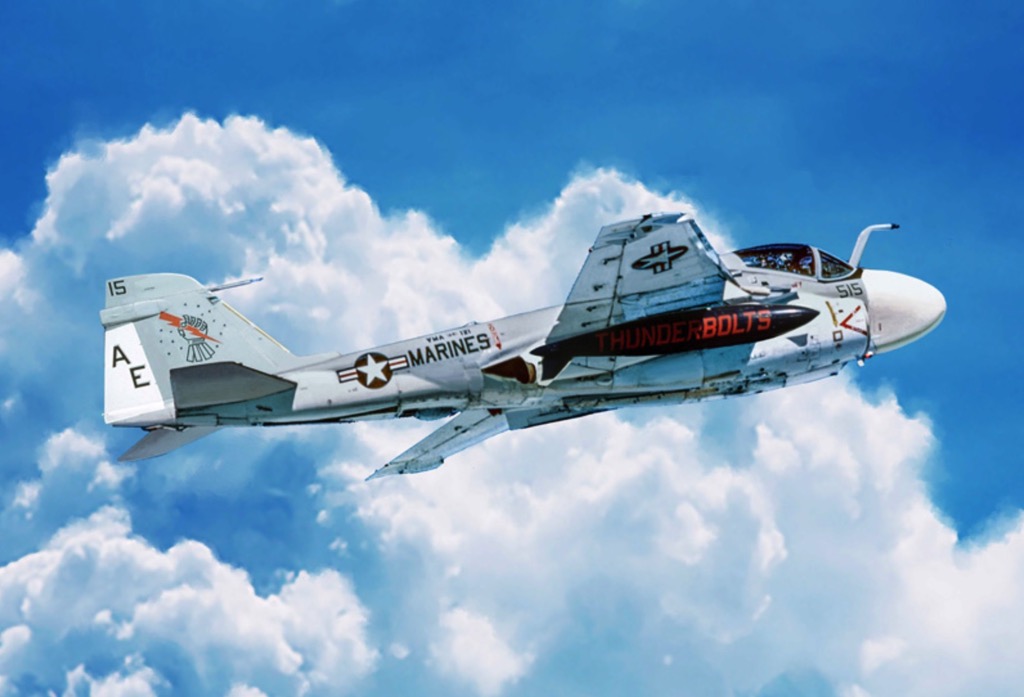 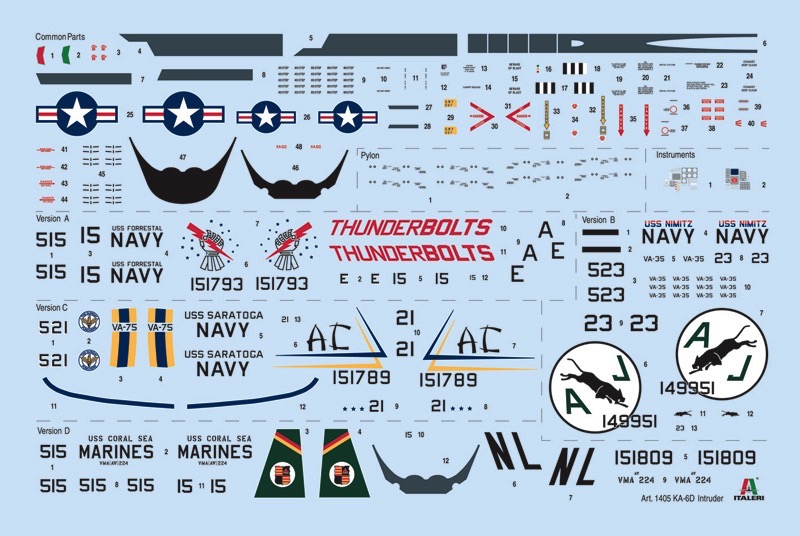 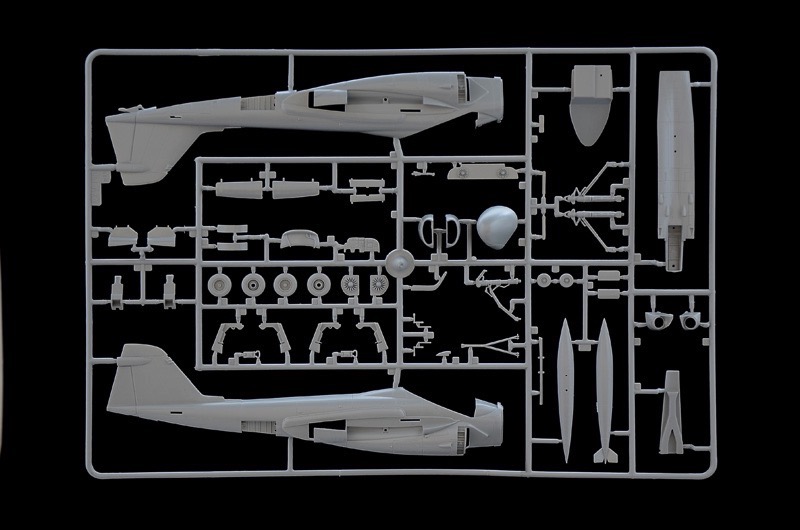 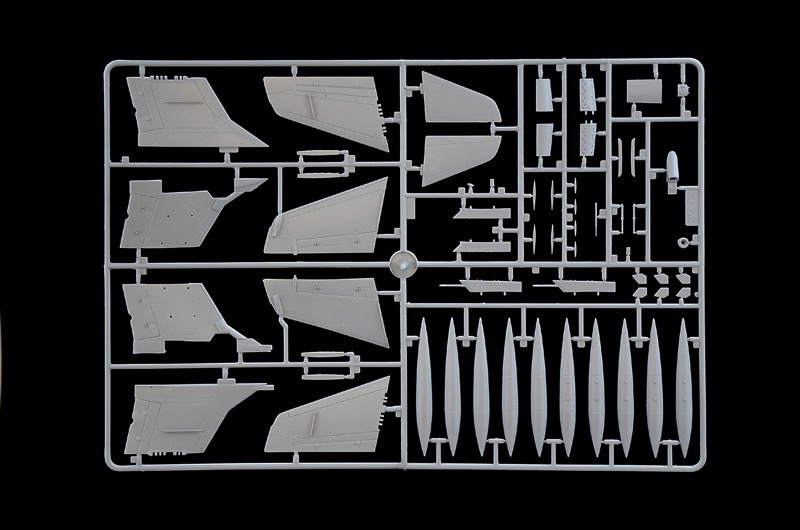 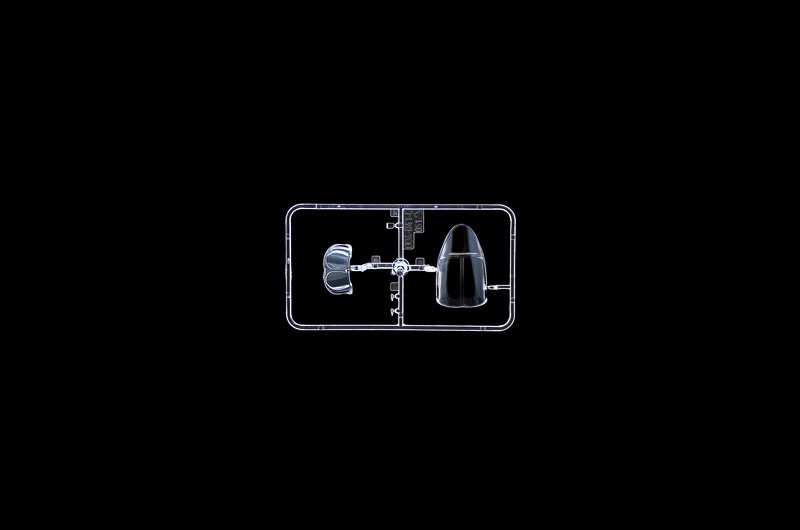 The A-6 Intruder entered service in the mid-60s as ground attack carrier based aircraft to replace the outdated planes as the propeller-driven A-1 Skyraider and the A-3 Skywarrior. The Grumman Corporation developed and designed the A-6A, based on U.S. Navy specifications, a twin jet-engine all-weather medium attack aircraft able to operate from the American aircraft carriers. The "Intruder" was characterized by a sturdy and robust fuselage and by the two side by side seats cabin configuration for the pilot and the weapons officer. To satisfy the U.S. Navy operative needs of having a tanker aircraft providing aerial refueling support to strike aircrafts, in 1970 the K-A6D version was born. Directly derived from the A-6A airframe, the K-A6D was fitted with an internal hose and reel refueling package and with the adoption of extra underwing pylon tanks.