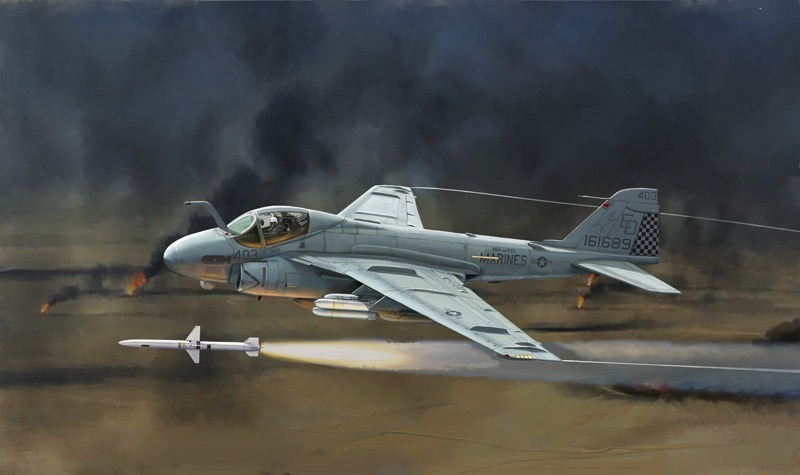 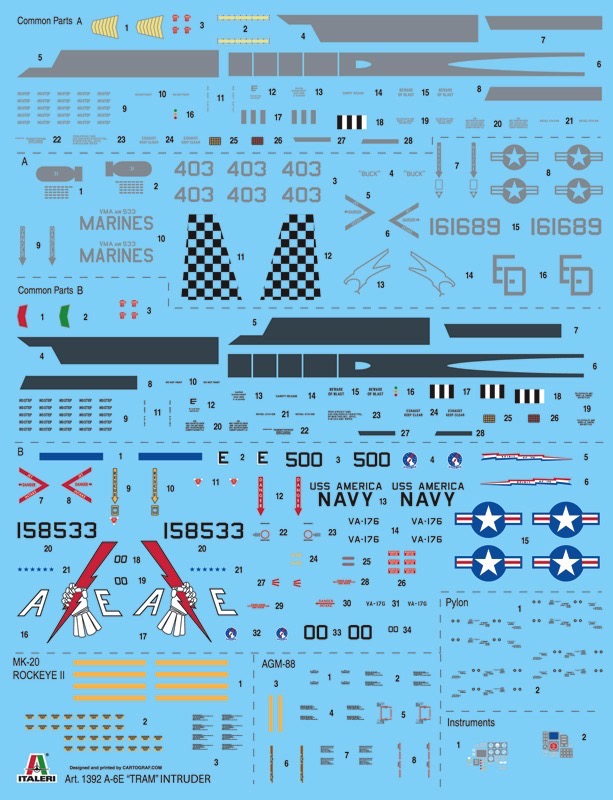 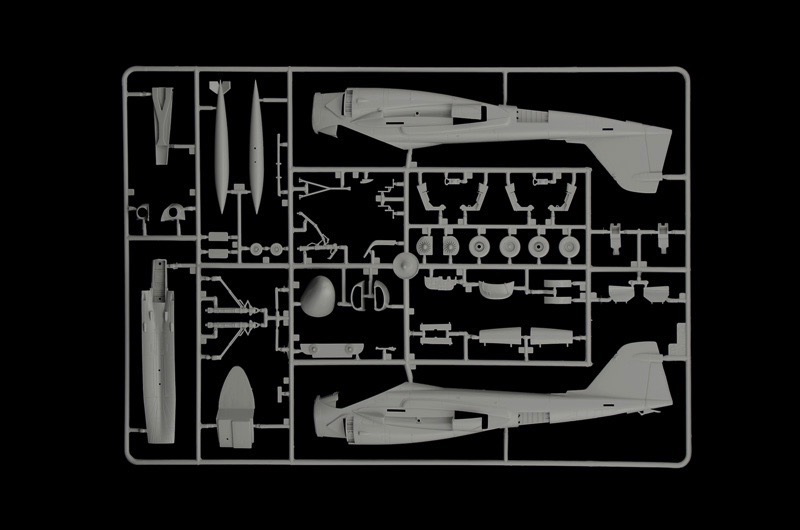 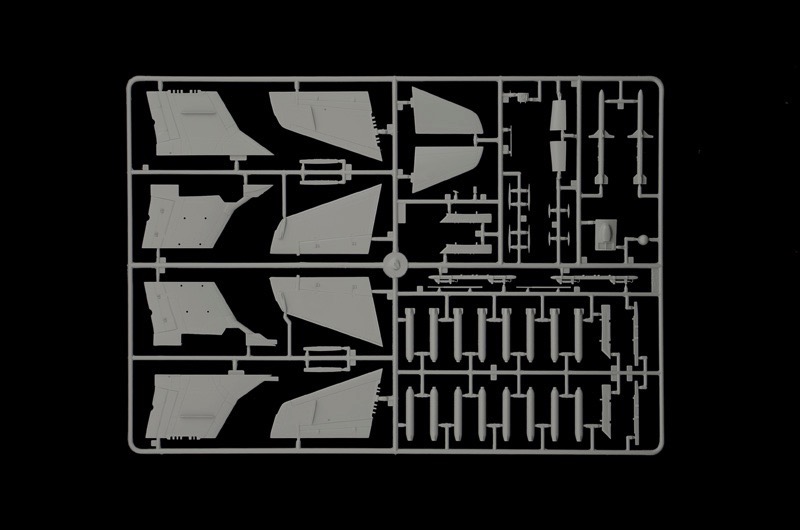 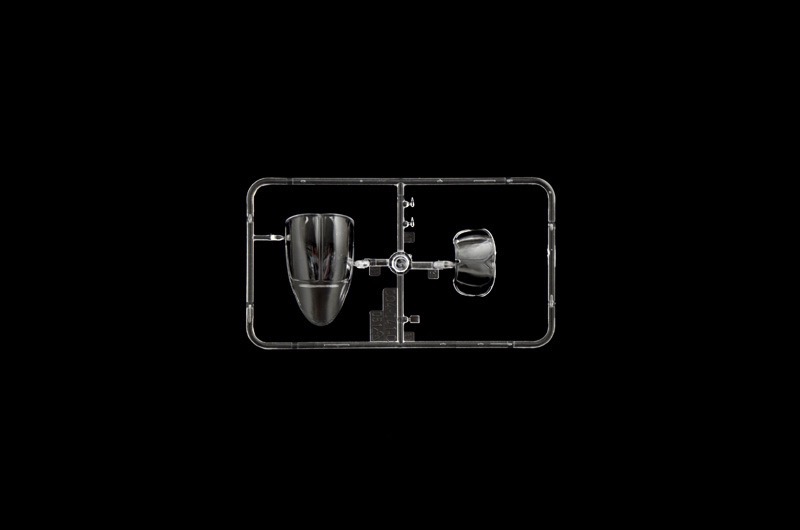 The A-6 Intruder entered service in the mid-60s as ground attack carrier based aircraft to replace the outdated planes as the propeller-driven A-1 Skyraider and the A-3 Skywarrior. The Grumman Corporation developed and designed the A-6A, based on U.S. Navy specifications, a twin jet-engine all-weather medium attack aircraft able to operate from the American aircraft carriers. The so called "Intruder" was characterized by a sturdy and robust fuselage and for the two seats side by side cabin configuration for the pilot and the weapons officer. The A-6E was the definitive attack version of the "Intruder" improved in avionics and attack systems, in particular in the version named TRAM, from the acronym of the laser target designation system, that allowed to be more effective to perform "all weather" missions and to be more lethal in detection and suppression of enemy targets. Thanks to its hardpoints under the wing the A-6E Intruder was able to load an impressive offensive armament as conventional bombs, Paveway laserg-guided bombs, Harpoon anti-ship missiles, HARM anti-radar missiles. It actively participated either from ground bases or from the carriers of the U.S. Navy, to Desert Storm campaign combat missions.