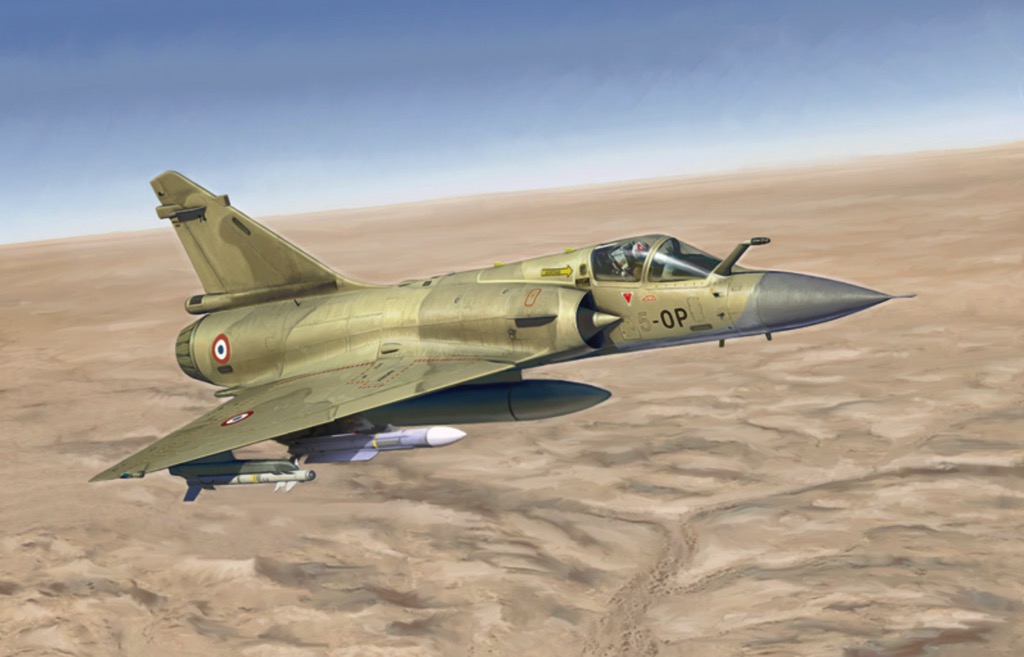 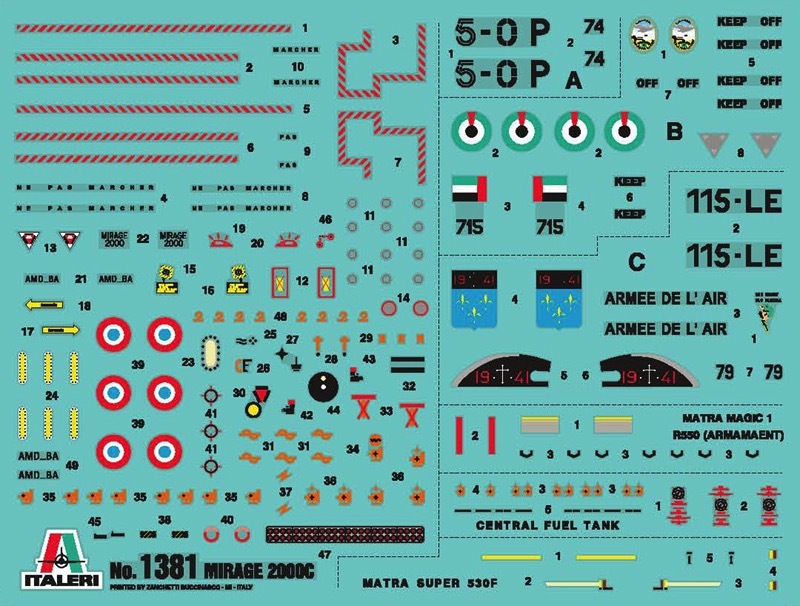 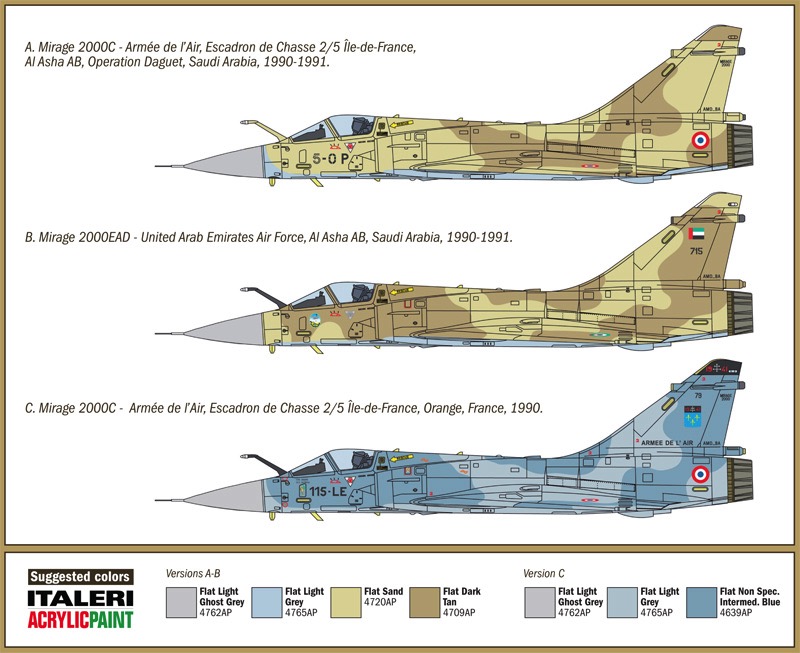 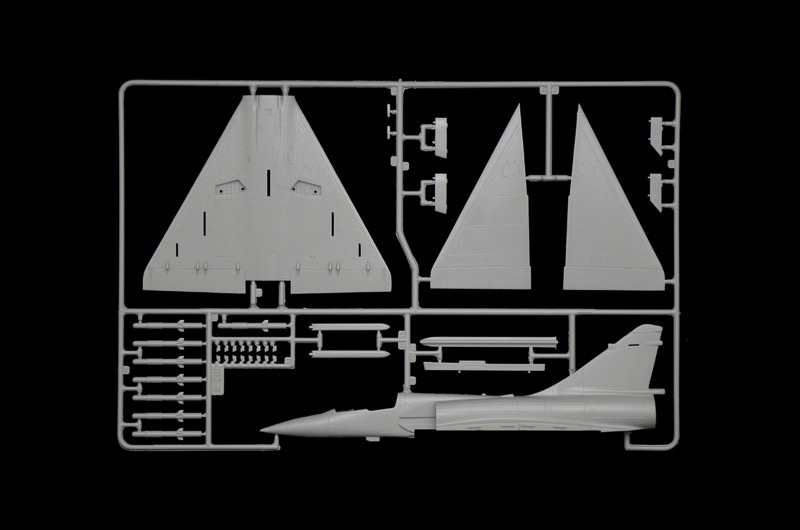 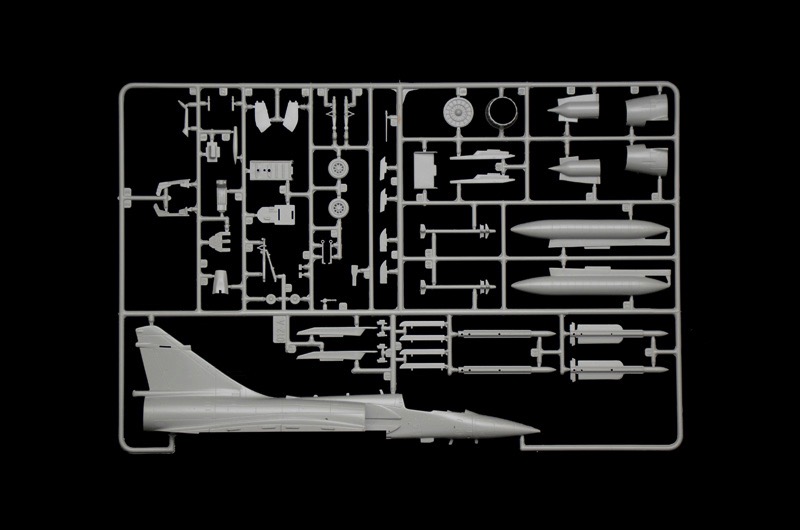 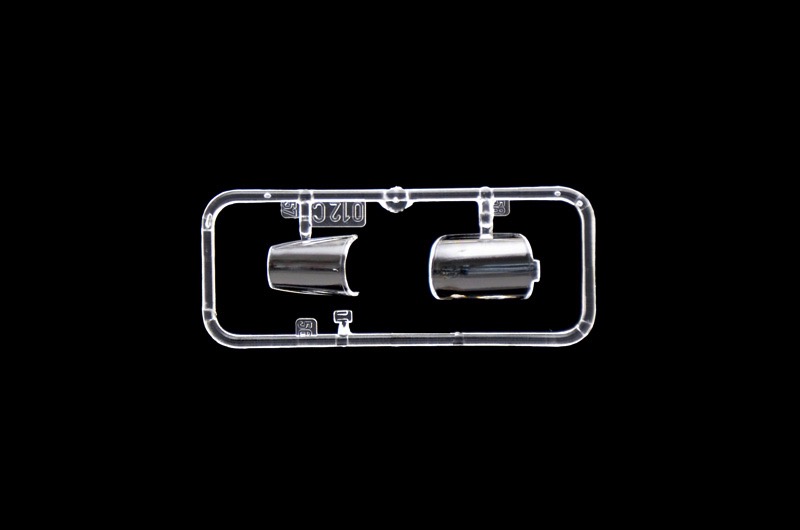 The Dassault Mirage 2000C is a single-seat air superiority fighter and it has been a reference point for the French aircraft production. Entered in service in the first part of 80's, it maintained the typical "delta wing" aerodynamic design but, compared to the previous generation French fighters, the Mirage 2000 has adopted significant technical improvements. Thanks to its SNECMA afterburning turbofan engine, it is able to reach the speed of Mach 2.2. It has a great maneuverability and it can carry a various set of offensive weapons. The Mirage 2000C is often considered the first new generation fighter, produced in Europe, to be entered in operational service. The main user has been the French Armee de l'Air that used the Mirage 2000C during Gulf War on 1991.