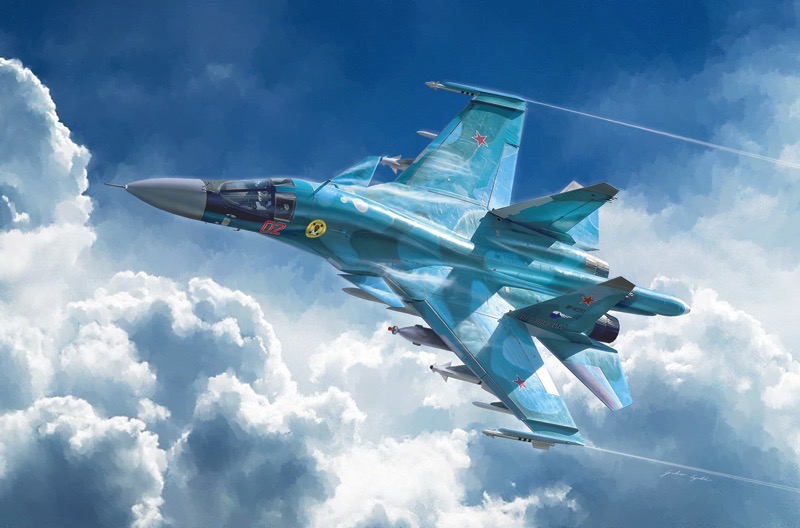 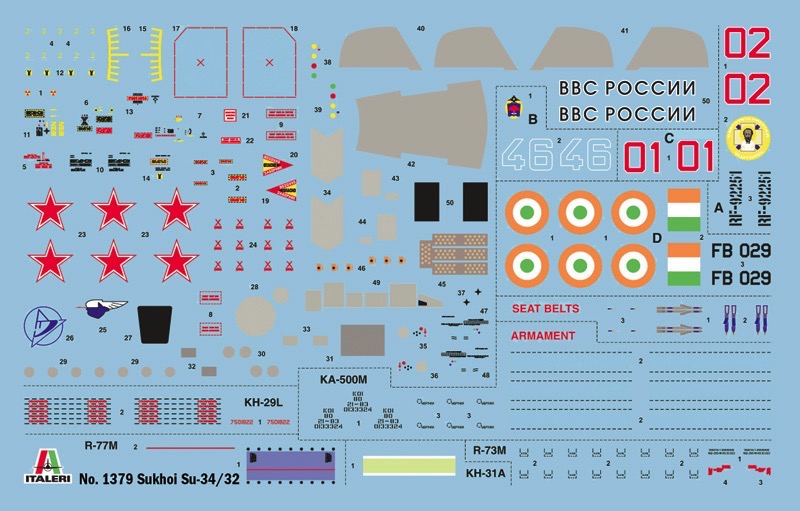 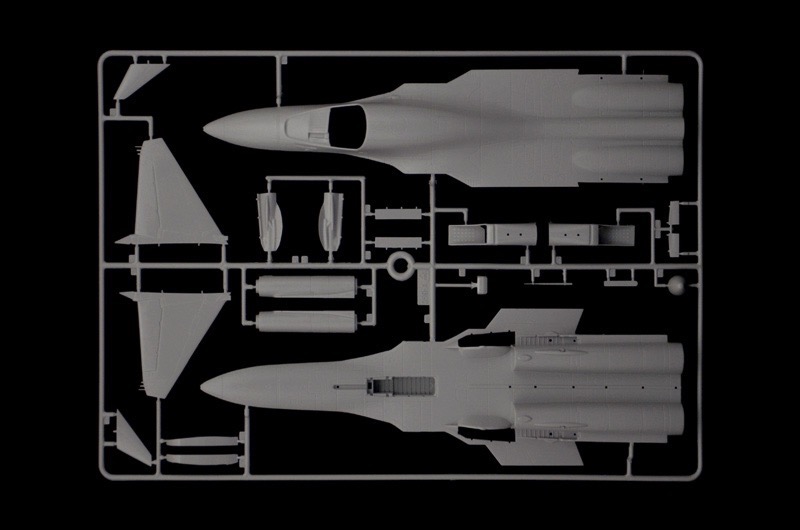 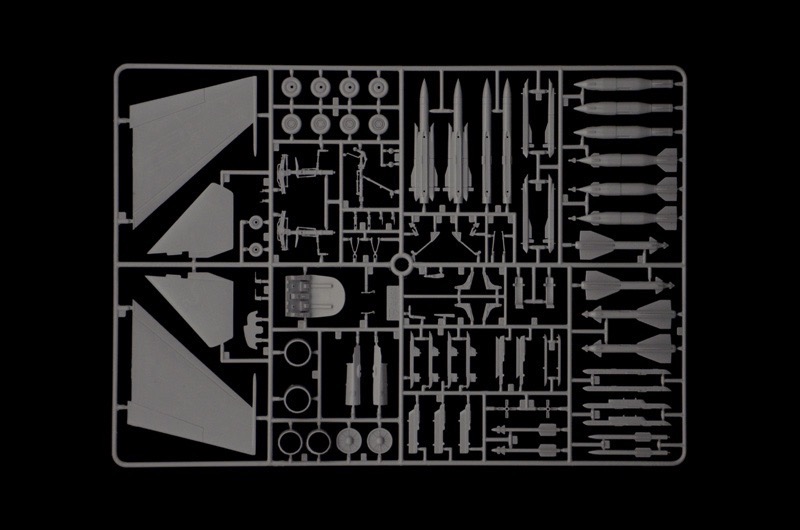 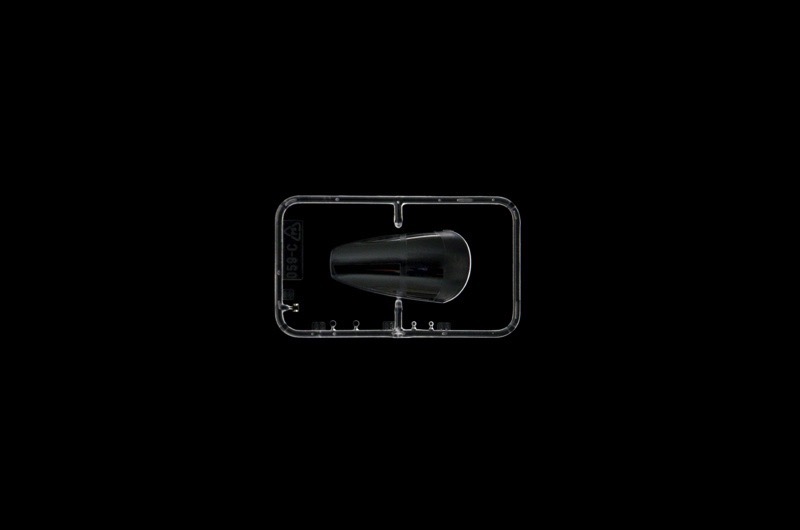 The multirole combat aircraft Sukhoi Su-34, NATO code name "Fullback", is a Russian twin-engine, twin-seat able to perform strike, interdiction, ground and naval attack duties. It has been developed, on the reliable design of the fighter Sukhoi Su-27 "Flanker", to replace the swing-wing Sukhoi Su-24 "Fencer". The Su-34 is characterized by the large cabin where the two crew members, the pilot and the navigator/operator of weapons, sit side by side. Thanks to its two powerful Ljul'ka turbofans, the "Fullback" is able to reach the max speed of 2.000 Km/h. It can operate in adverse weather conditions and in very severe environments. It is armed with a 30 mm gun and thanks to its 12 hard points can carry an impressive variety of air-to-surface weapons and air-to-air missiles. The Russian company Sukhoi has also developed a dedicated version for export named Sukhoi Su-32 FN (Fighter Naval). Three specimens were tested by Indian Air Force in 2015.