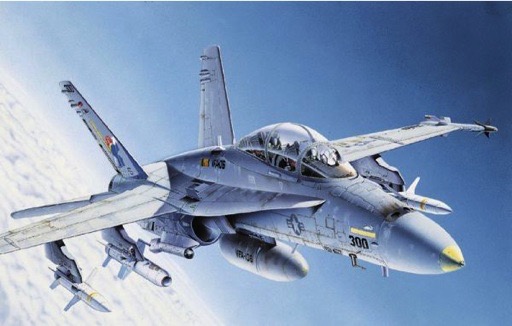 The Hornet is the most modern fighter/bomber in service to-day. Due to the flexibility of its electronics it is able to operate as an air superiority fighter. At the same time it can also carry out night bombing missions. The F/A-18 is in service with the U.S. Navy, the Marines and the Australian, Canadian and Spanish Forces. Within a few years this Aircraft has practically replaced the aging F-4s, A-7s and F-104s. During the recent Gulf War the F/A-18s flew several thousand sorties against Iraq.