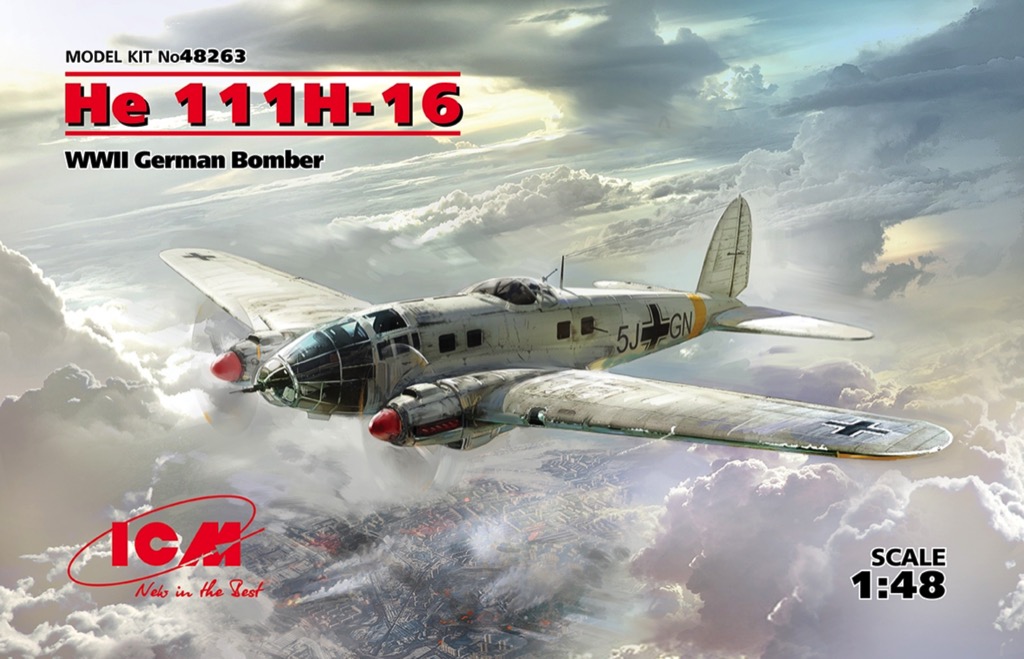 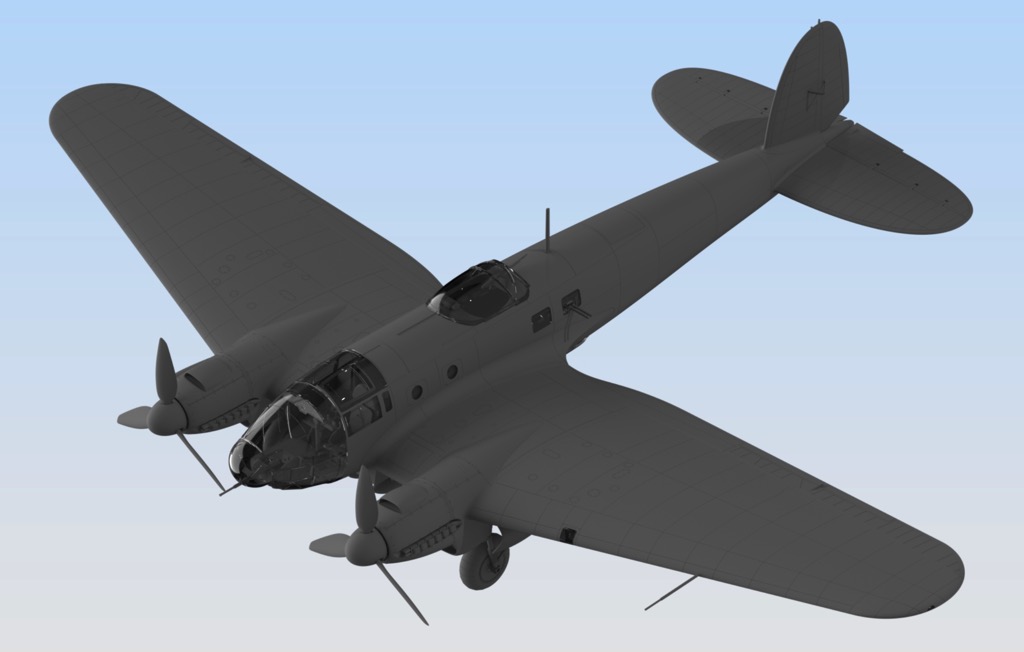 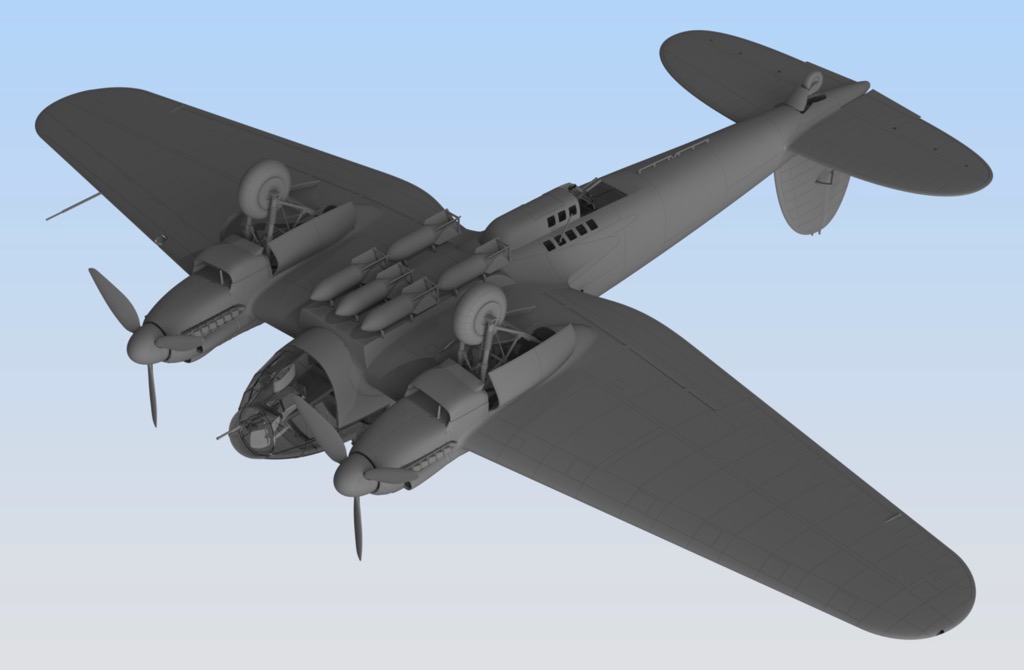 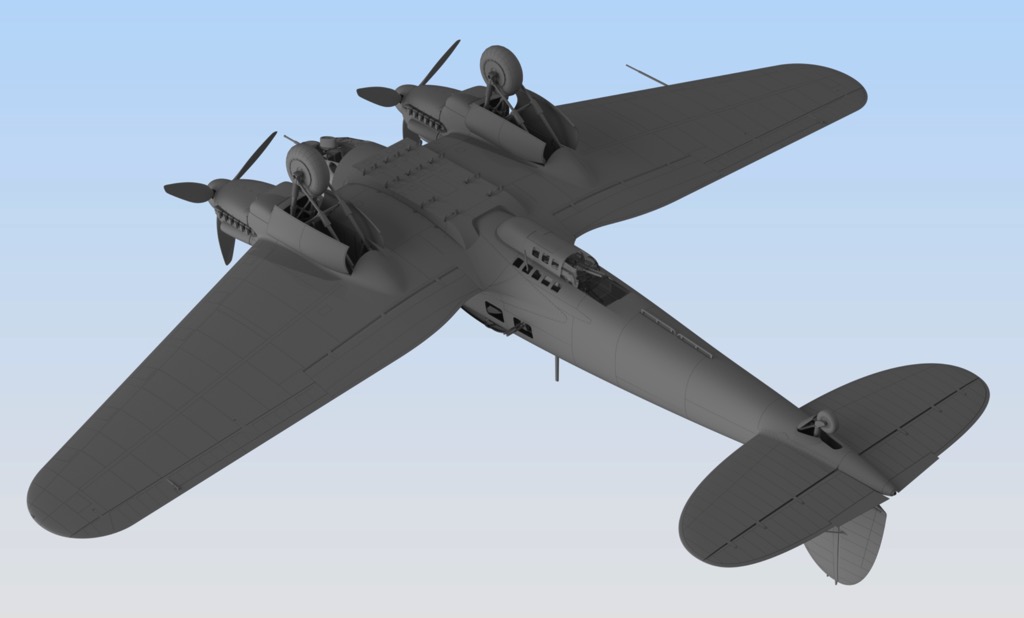 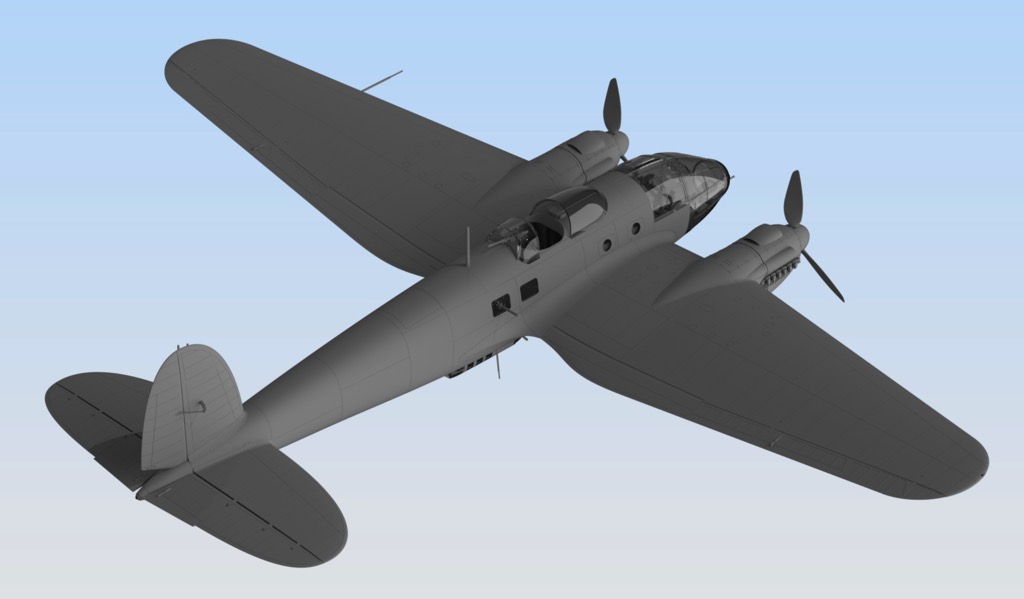 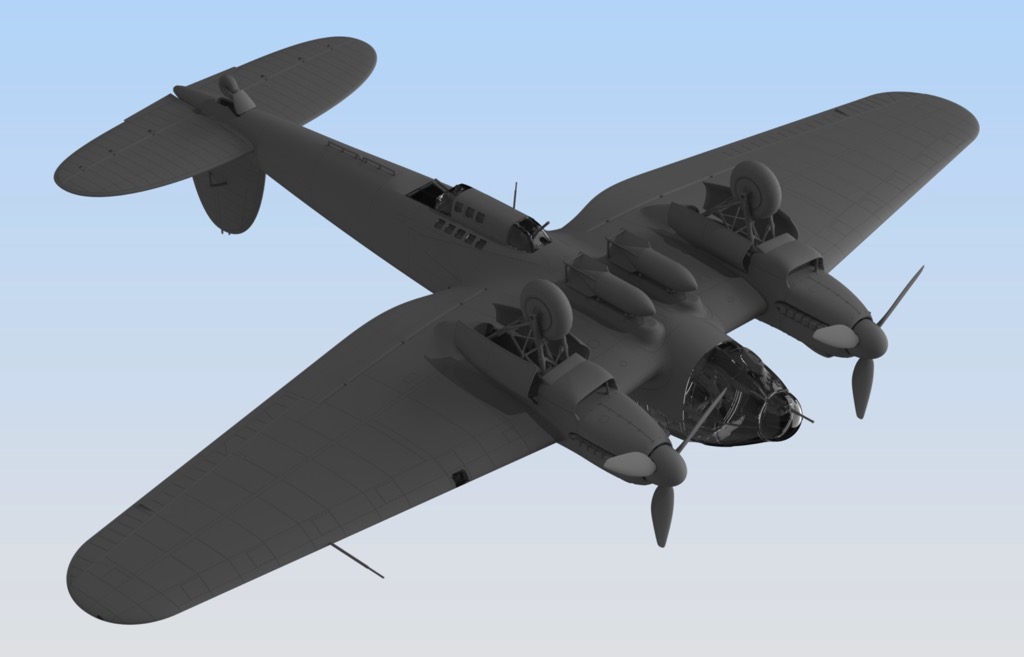 The Heinkel He 111 was a German aircraft designed by Siegfried and Walter Gunter at Heinkel Flugzeugwerke in 1934. Through development it was described as a wolf in sheep's clothing. Due to restrictions placed on Germany after the First World War prohibiting bombers, it masqueraded as a civil airliner, although from conception the design was intended to provide the nascent Luftwaffe with a fast medium bomber. The H variant of the He 111 series was more widely produced and saw more action during World War II than any other Heinkel variant. Kit has engraved panel lines, detailed (cockpit, bombardier's station, ventral gondola, bulkheads), detailed Jumo 211 A-3 engines with optional cowlings, single piece propellers with separate spinners, separate (trailing edge flaps, rudder and elevators), full defensive machine guns, optional bombs with racks, detailed wheel wells and optional undercarriage, transparent glazing's (cockpit, nose, bombardier-gunner, ventral gunner, dorsal gunner, windows).