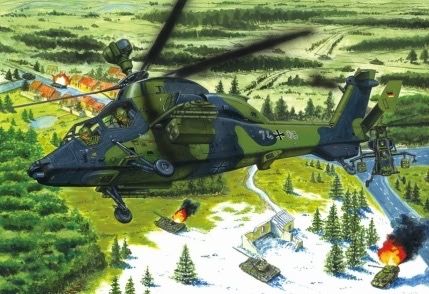 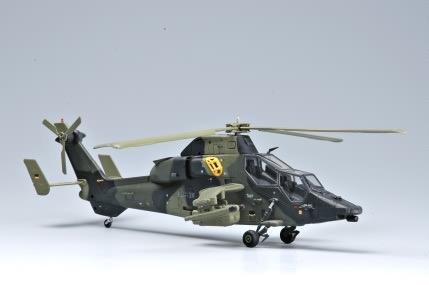 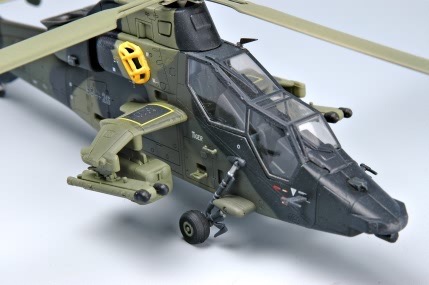 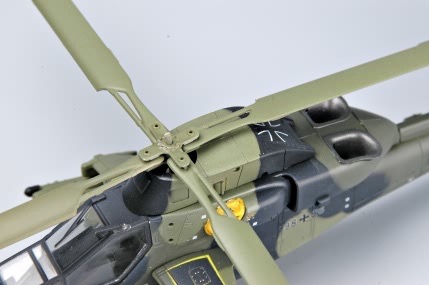 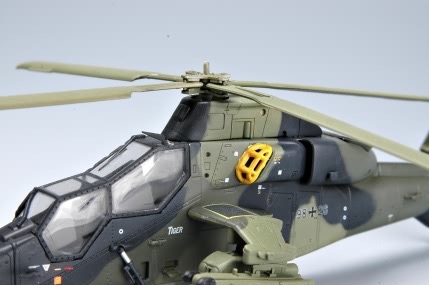 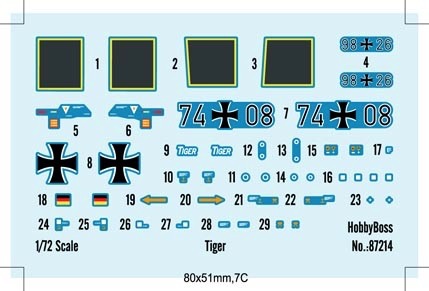 The Eurocopter Tiger is an attack helicopter manufactured by the Eurocopter Group. In Germany it is known as the EC-665,and in France it is called the PAH-2.In 1984 the French and German governments issued a requirement for an advanced multi-role battlefield helicopter, program beginning late. The EUROCOPTER Group, owned 70% by AEROSPATIALE France and 30% by Daimler Aerospace (DASA) of Germany, Due to high costs, the program was canceled in 1986, but was relaunched during 1987. Subsequently, in November 1989, Eurocopter received a contract to build 5 prototypes. Three were to be unarmed testbeds and the other two armed prototypes: one for the German anti-tank variant and the other for the French escort helicopter variant.