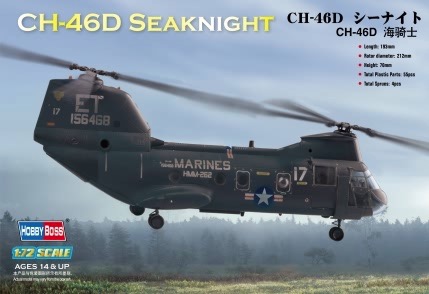 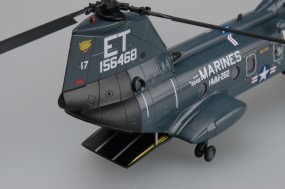 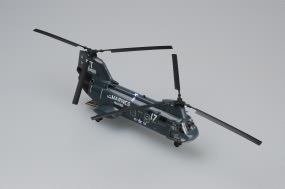 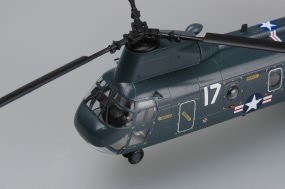 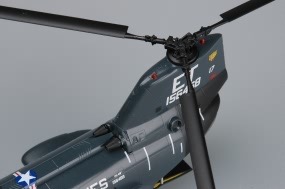 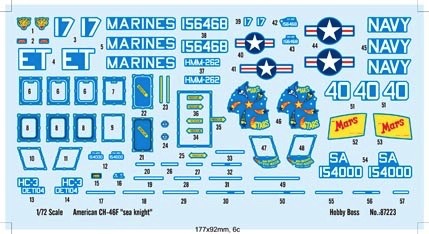 The Boeing CH-46 Sea Knight helicopter has served the US Navy and Marine Corps faithfully since the early 1960s. This venerable aircraft's primary mission areas in the Navy (as the H-46D) include Combat Logistics Support and Vertical Replenishment (VERTREP), Search and Rescue, and Special Operations. As a Marine Corps platform the CH-46 "Sea Knight" helicopter is one of the largest helicopters in the US Navy inventory. The "Sea Knight" is a twin-turbine powered, dual-piloted, tandem rotor helicopter. First flight in August 1962 and first procured in 1964.The unique tandem-rotor design of the Sea Knight permits increased agility and superior handling qualities in strong relative winds from all directions, allowing, in particular, rapid direction changes during low airspeed maneuvering. This capability has resulted in the safe, efficient and graceful transfer of many millions of tons of cargo and many thousands of passengers over the years.