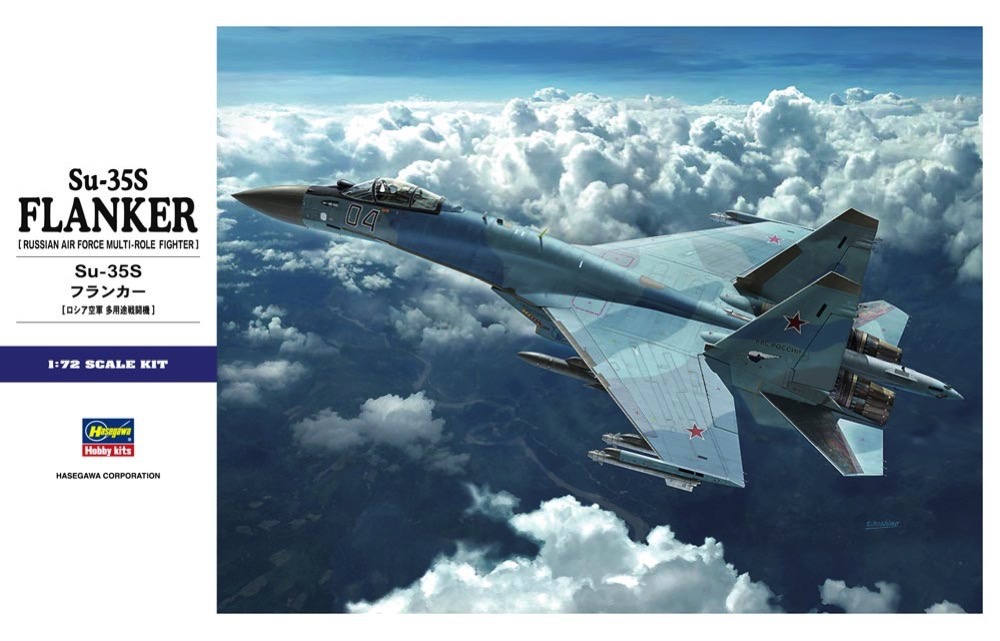 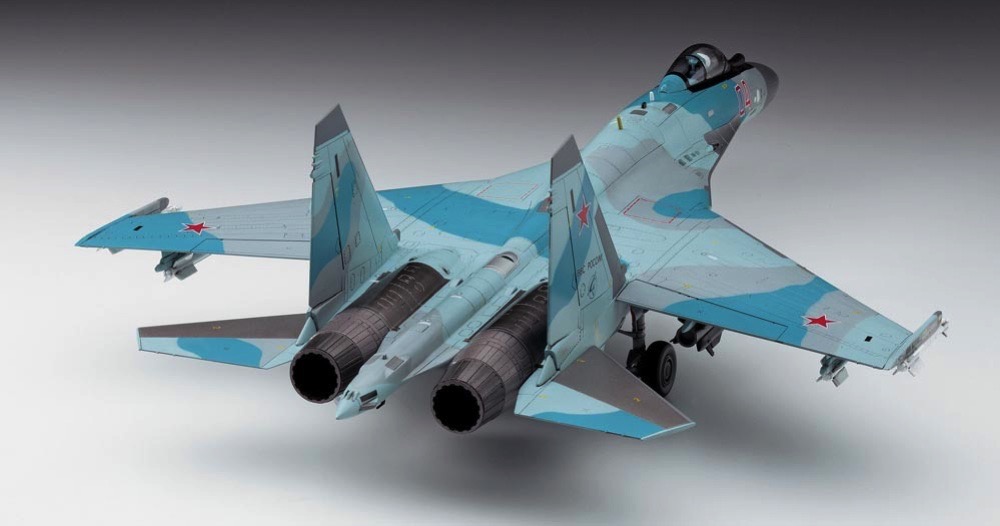 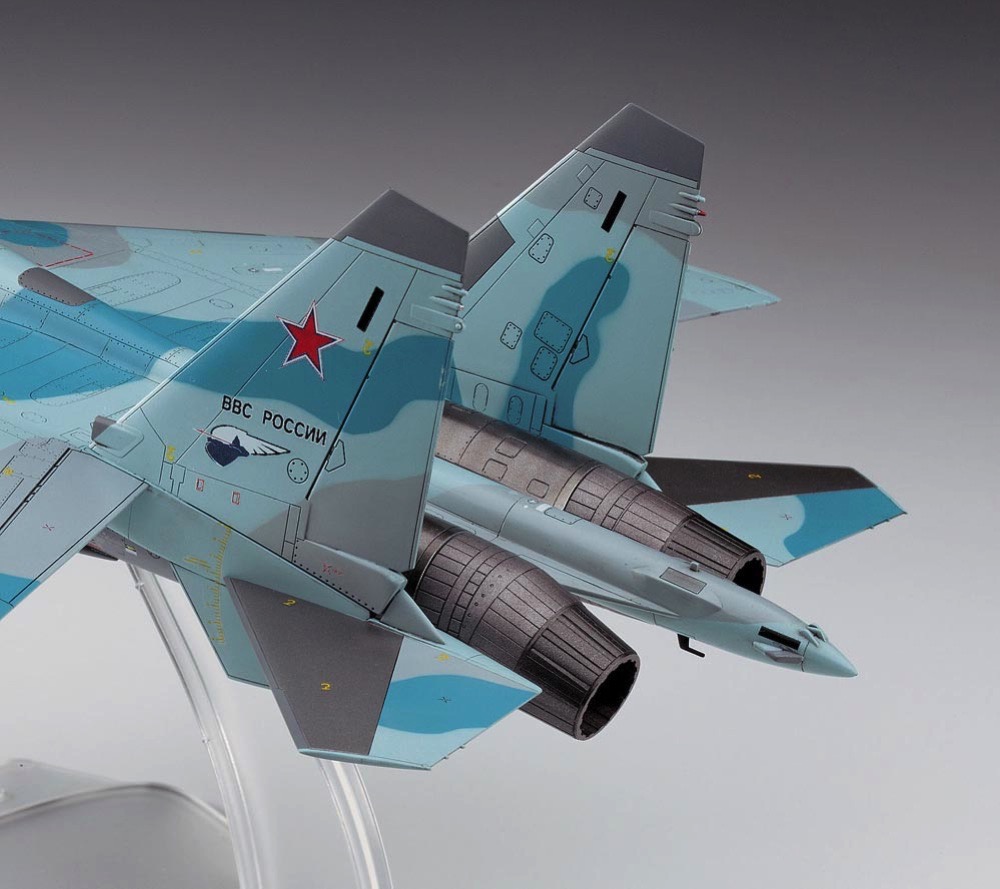 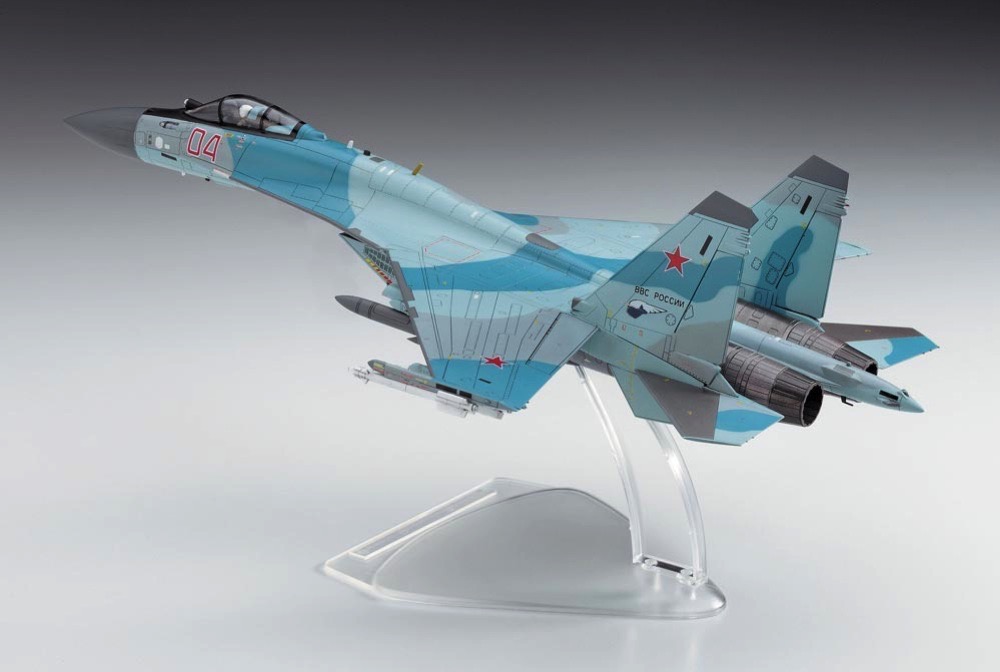 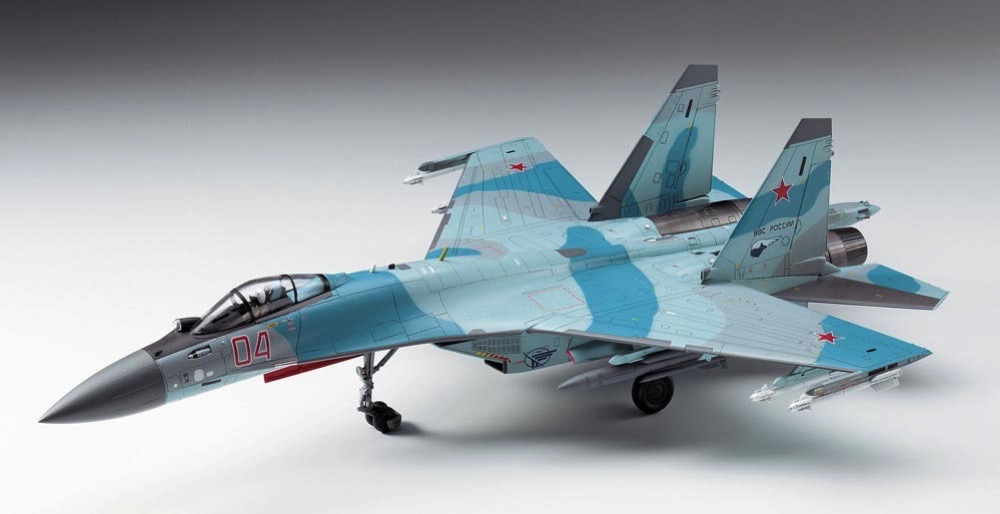 Technically, the Su-35S is a modified Su-27. But since the Su-35S is loaded with improved avionics, vectored thrust engines, additional hardpoints for weapons and more it's practically a whole new airplane. Its Mach 2.25 speed and over 17,000 lbs (8,000 kg) of ordnance capacity is extremely impressive. Its speed, ordnance capacity and range are all greater than comparable American and European airframes. Even with all its impressive performance, the Su-35S is only intended as a stopgap for until Russia's fifth generation fighter is released. Kit features a display stand and decals.