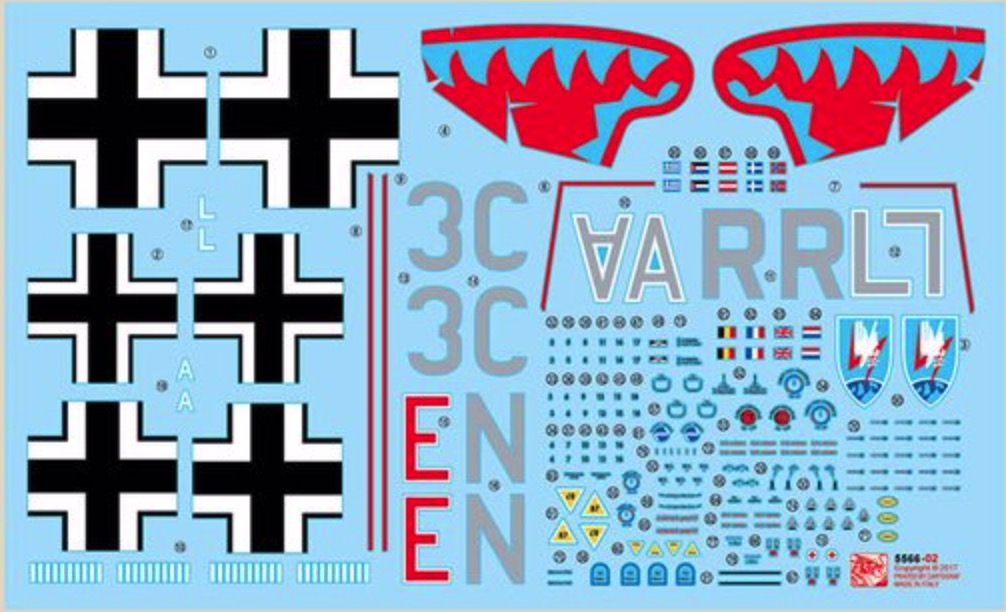 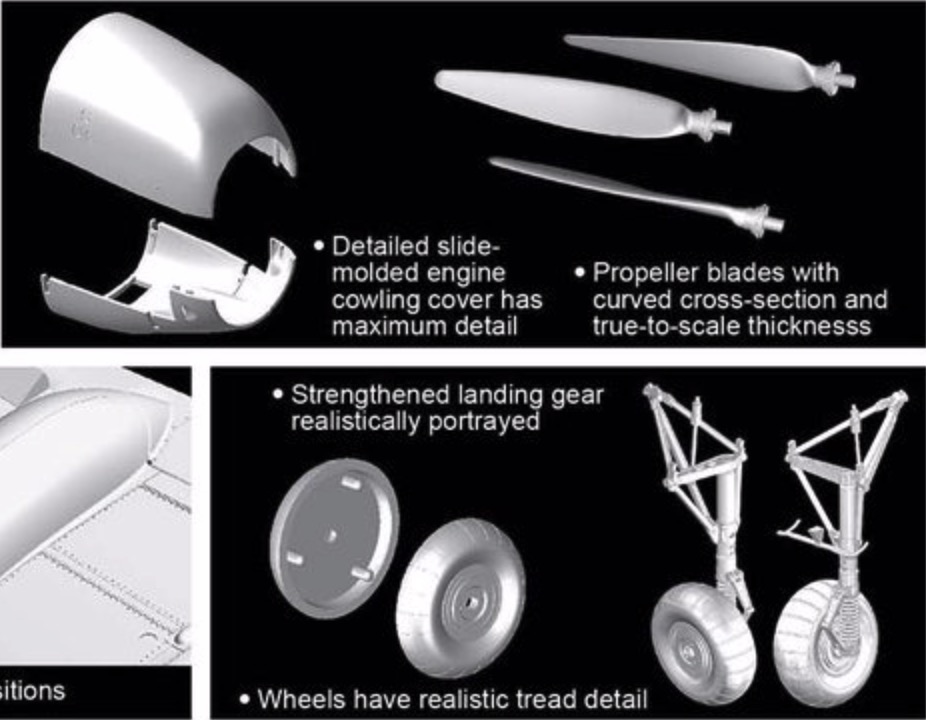 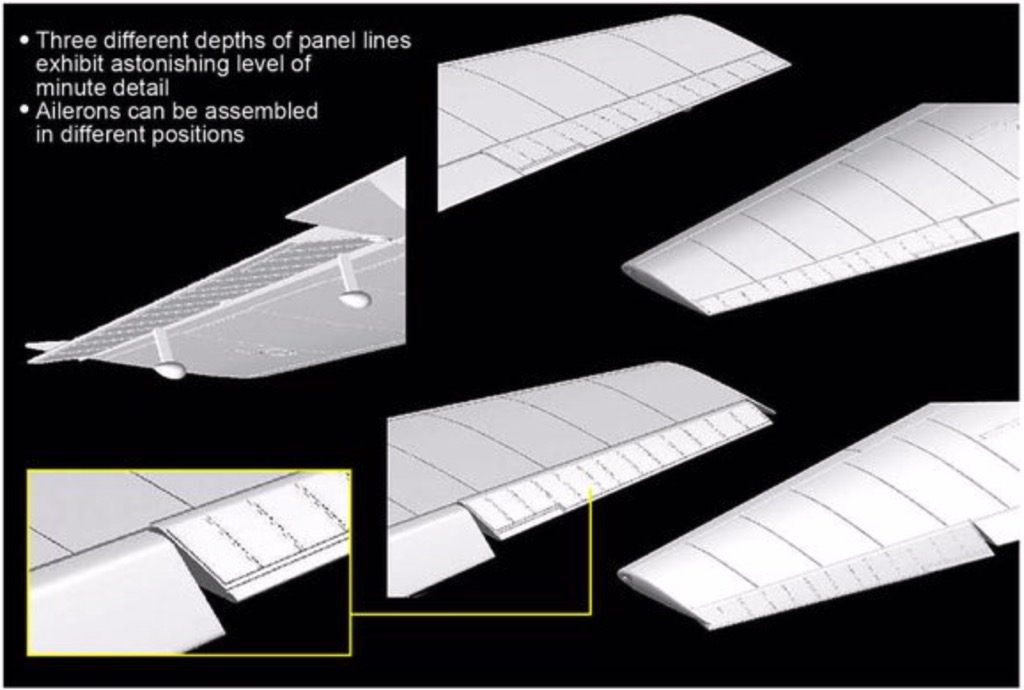 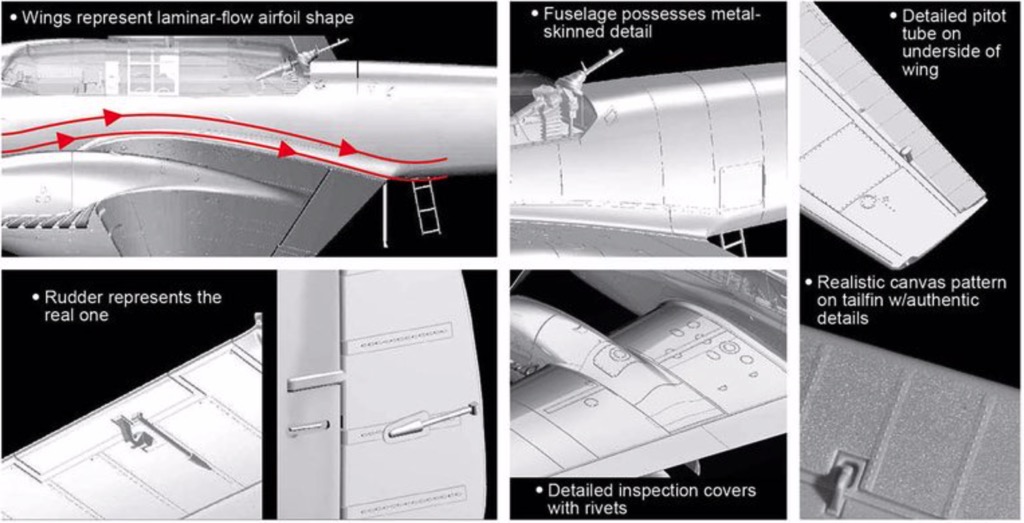 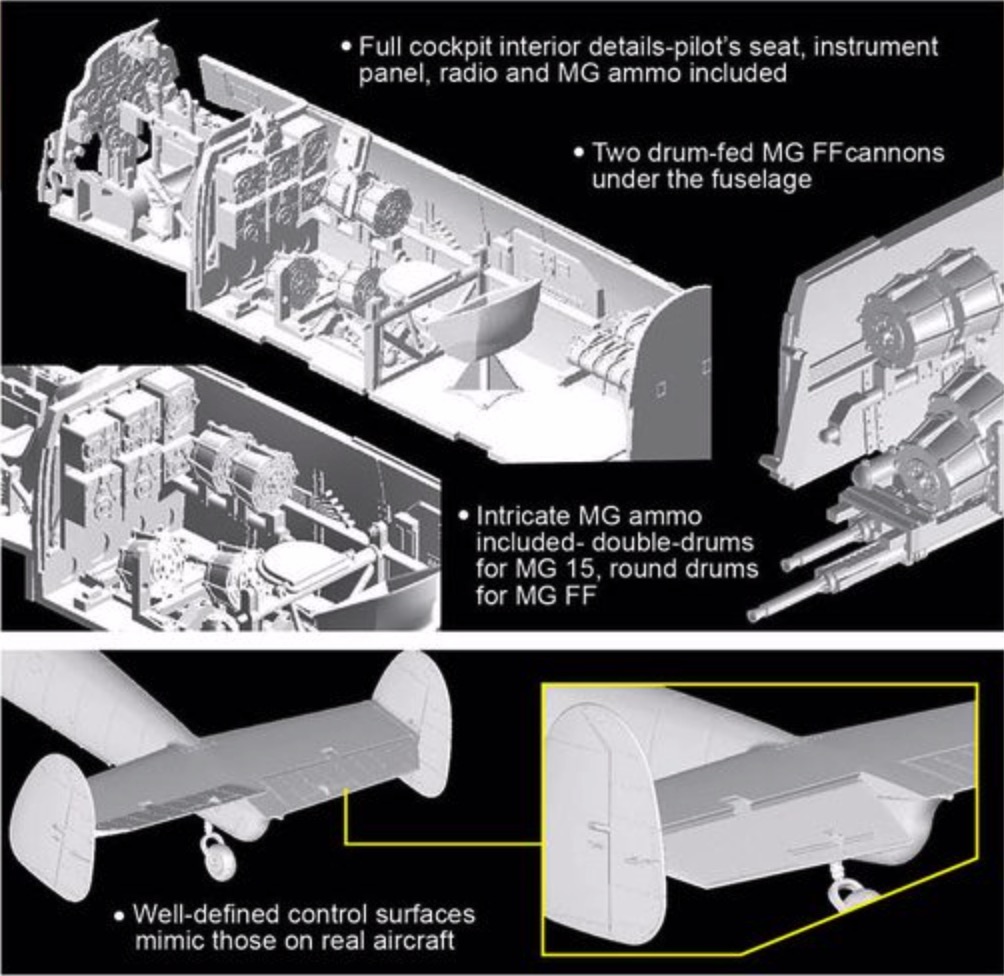 The twin-engine Messerschmitt Bf110 heavy fighter served in the Luftwaffe throughout WWII, despite pilots bemoaning its lack of agility in the air. Later in the war, however, it found a niche when it was developed into a successful night fighter. Indeed, it served as the backbone of Germany's Nachtjagdgeschwader, with the first night-fighting units operating as early as 1940. Bf110 aircraft had a sizable hand in claiming 2751 RAF bombers shot down in 1943 alone. In a single dramatic night in August/September 1943, night fighters destroyed no less than 123 RAF bombers. This shows the effectiveness of the Nachtjagdgeschwader, which seriously blunted Allied bomber raids over Germany. The Bf110E was designed primarily as a fighter bomber. The modelers can be assured of the best quality and highest level of detail, as is the norm in Dragon's Wing Tech series.