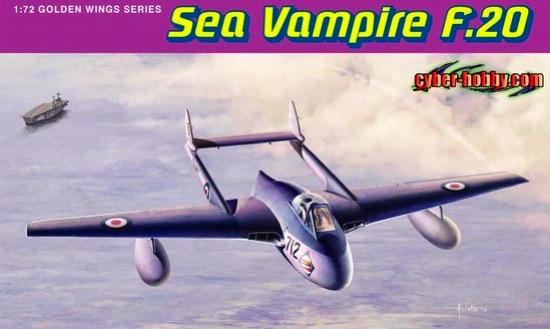 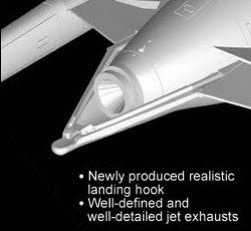 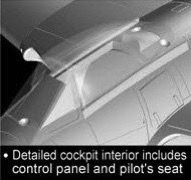 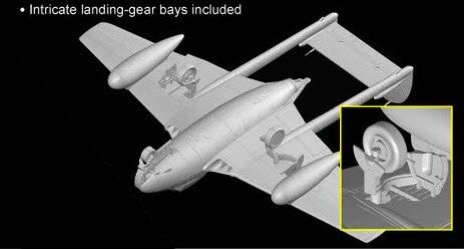 Features: Cyber-Hobby impresses yet again with its latest 1/72 scale release - a de Havilland Sea Vampire F.20. This type was based on the Vampire FB.5 flown by the RAF. This 1/72 scale kit is based on Cyber-Hobby's recent Vampire FB.5 that has proved so popular and which employed brand new toolings. Of course, this Sea Vampire has received redesigned components such as a new tail, lower fuselage, redesigned flaps and the arrester hook required to stop the plane when making deck landings on aircraft carriers. The kit's extremely well engineered and numerous parts are produced with the aid of slide molds, while CAD design was utilized from start to finish. Panel lines are sharply and accurately delineated using laser crafting, while the streamlined fuselage and twin-boom tail are realistically recreated. Modelers can now add a new Vampire to their families!