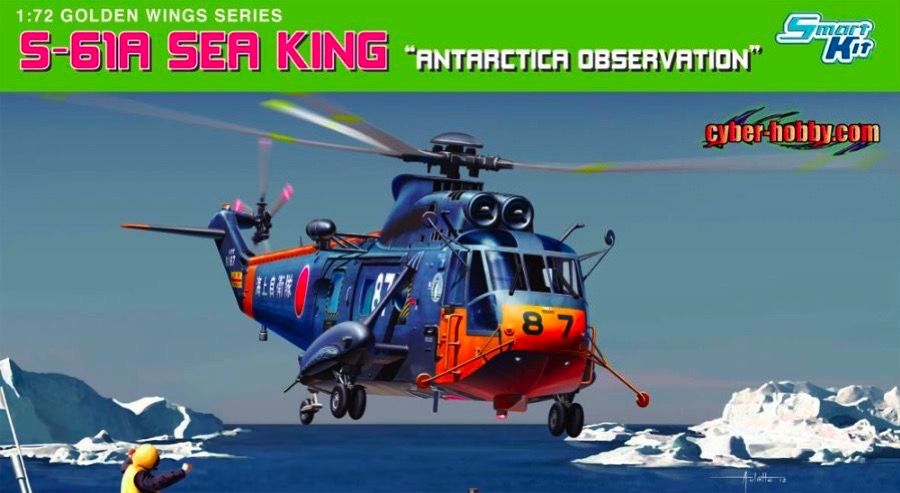 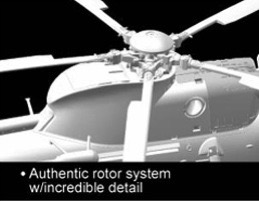 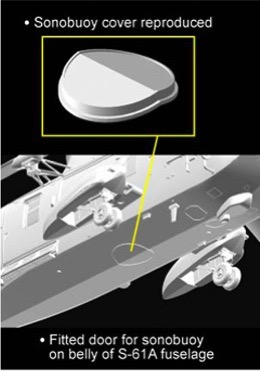 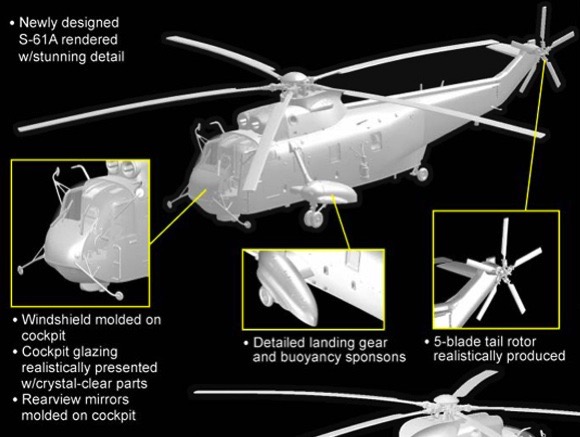 Features: Earlier, Cyber-Hobby released a delightful 1/72 scale plastic kit of the American-designed Sikorsky SH-3D Sea King helicopter. Initially, this twin-engine SH-3 Sea King was used primarily for anti-submarine warfare (ASW) by the US Navy. It was also the first amphibious helicopter in the world. Many other nations adopted the Sea King design, including Japan, where it was license-produced by Mitsubishi. Indeed, the Japan Maritime Self-Defense Force (JMSDF) widely used the Sea King as an ASW platform. Some 18 S-61A Sea Kings were used in search-and-rescue (SAR) roles too. Sometimes these were deployed to Antarctica aboard naval icebreakers such as Shirase. Japan maintains the Asuka, Mizuho, Showa and Dome Fuji Stations in Antarctica, and the JMSDF is responsible for Japan's Antarctica Observation activities.

Cyber-Hobby is expanding the popular Sea King family by providing a kit of an S-61A in Antarctica Observation service with the JMSDF. The kit is well designed and cleverly engineered, and it incorporates all the updates necessary for this Japanese version. For example, four brand new mirrors are installed on the front of the cabin to aid the pilot's view. The two halves of the fuselage have also been updated to include appropriate new side windows. Another special Japanese addition is a searchlight mounted on the side of the body. The cabin doors can be displayed open if wished, allowing a tantalizing view of the helicopter's interior. With appropriate Cartograf decal markings and a suitable paint scheme, this S-61A variant of the Sea King is ready for action in the frigid climes of Antarctica!