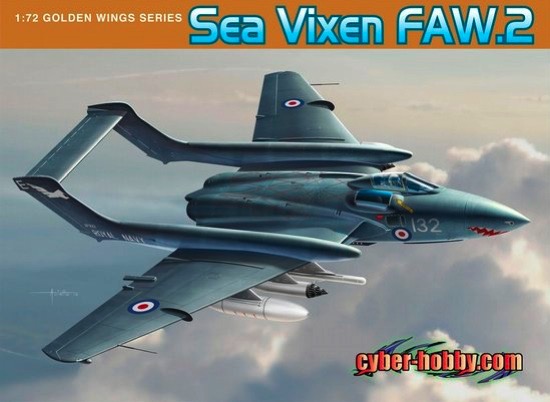 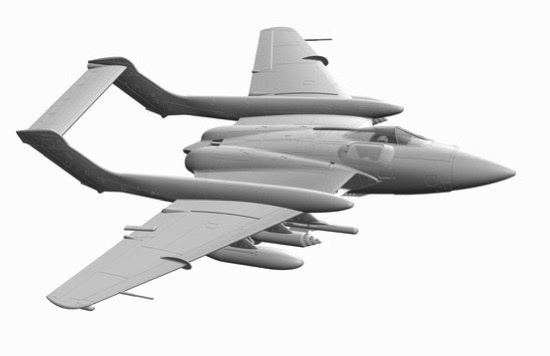 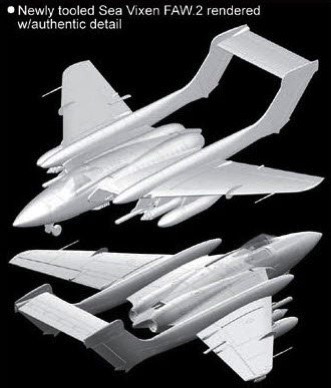 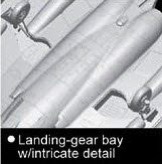 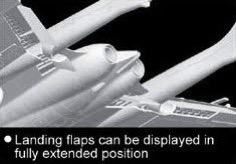 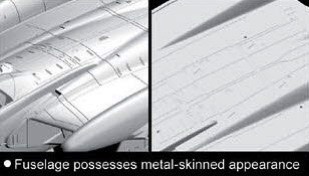 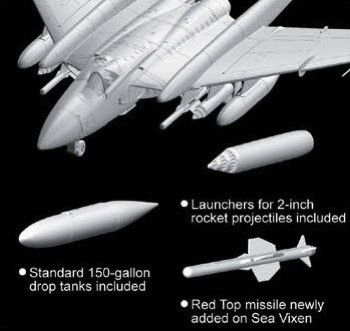 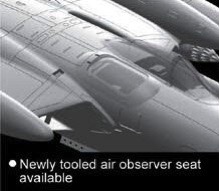 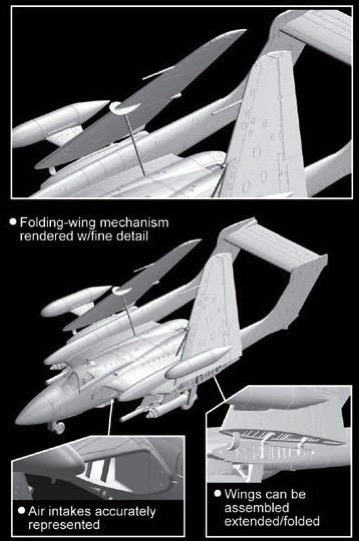 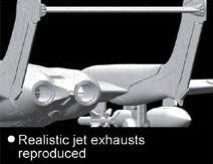 DISCONTINUED This product has been discontinued
and is no longer available.List price: $51.95
You pay: $34.99
(All prices in U.S. Dollars)

Features: Cyber-Hobby has spawned another 1/72 scale member of the Hawker Siddeley Sea Vixen family. The Sea Vixen was a twin-boom jet fighter used by the Fleet Air Arm of the Royal Navy in the 1960-70s, and this carrier-based aircraft could travel at speeds of up to 1,110km/h. Following on from Cyber-Hobby's kit of a twin-seat Sea Vixen FAW.1 (FAW denotes 'Fighter All Weather'), this latest kit represents an FAW.2 variant. As successor to the FAW.1, it possessed many improvements such as an enlarged tail boom allowing additional fuel tanks, an improved escape system and more space for electronic countermeasures systems. The FAW.2 entered frontline squadrons in 1964 and some 29 new-build aircraft were produced as well as 67 FAW.1s converted. The Sea Vixen was withdrawn from service in 1972.

Just like Cyber-Hobby's recent FAW.1 kit, this 1/72 scale model makes extensive use of slide molds to create a harmonious blend of detail and ease of assembly. The fuselage is a complex shape because of the twin tail booms, but very judicious engineering and clever parts separation mean all the components fit together perfectly. The newly tooled fuel tanks accommodated on both wings are delicately reproduced. The cockpit for the pilot, which is offset towards the port side, is featured correctly, and the upper fuselage has been updated to include the correct top hatch for the observer. Panel lines are sharply and precisely rendered thanks to the application of laser technology. Modelers can now complete their Sea Vixen families!