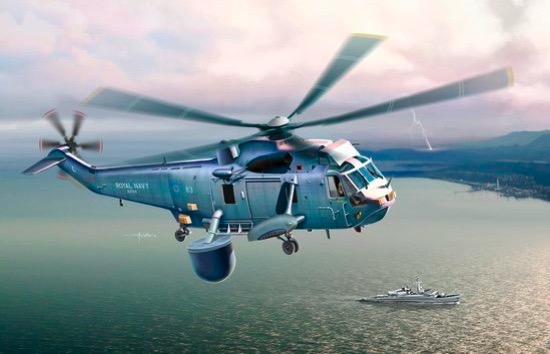 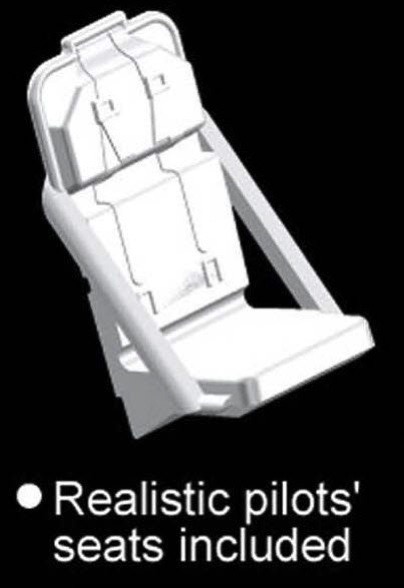 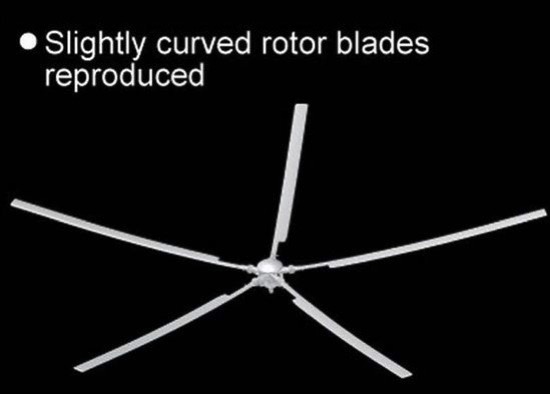 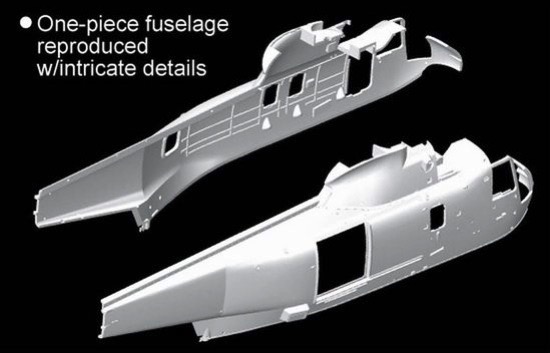 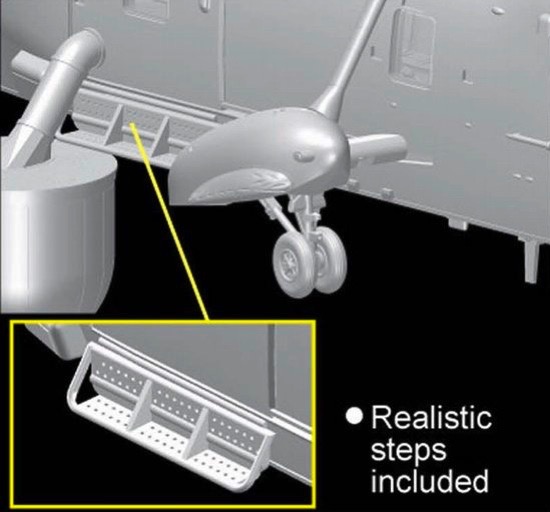 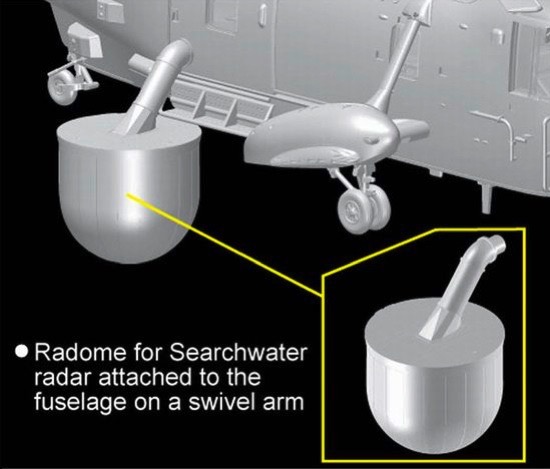 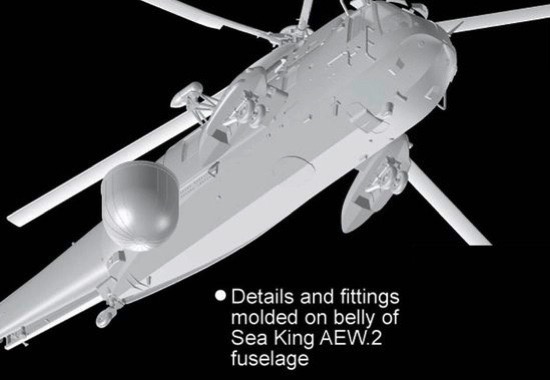 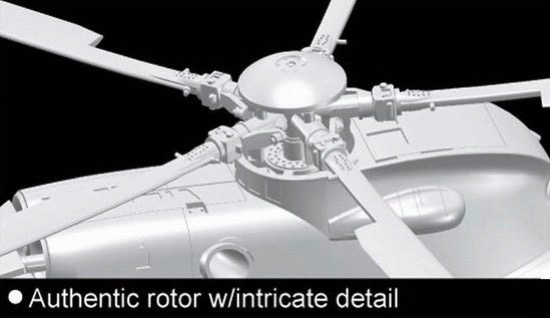 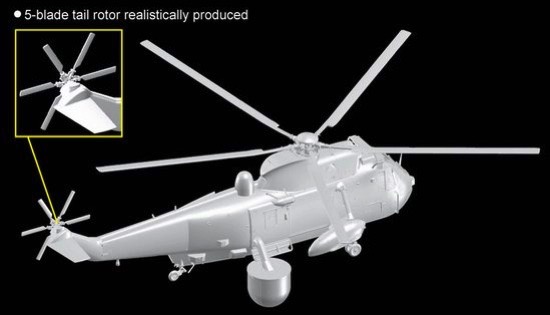 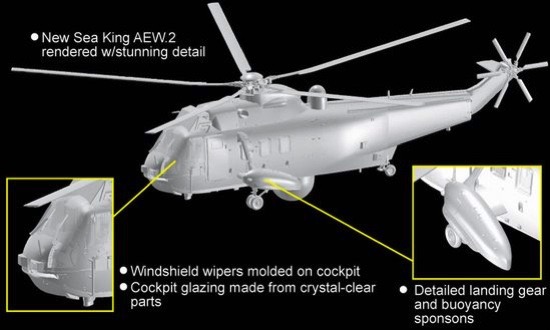 Features: This year marks the anniversary of the Falklands War that occurred 30 years ago in 1982, and Cyber Hobby is commemorating the historic event with a second 1/72 scale kit of the Sea King helicopter. Modelers enthusiastically received the brand new Westland WS-61 Sea King HC.4 troop-carrying variant, and that Cyber-Hobby item proved an instant hit. This second kit depicts the rare airborne early warning AEW.2 helicopter. Combat in the Falklands War revealed an AEW gap in the capability of the Royal Navy (RN), and even while the conflict was under way, Westland began converting two Sea King HAS.2 helicopters in May 1982. After the crash development program, these two helicopters joined the replacement task force when it set sail in August although they were too late to participate in the actual fighting. The AEW.2s featured a Thorn-EMI ARI 5930/3 Searchwater radar mounted in an inflatable radome fitted to a swivel arm.

This new helicopter in 1/72 scale makes use of elements of the Cyber-Hobby HC.4, but it features a number of newly tooled parts in order to portray the AEW.2 version. One obvious example is the radar radome. The plastic model is well designed and cleverly engineered to induce maximum modeling enjoyment. The fuselage is correctly proportioned and the foldable rotor blades are made to true scale thickness too. With appropriate decal markings from Cartograf, this Sea King AEW.2 is ready to search for the approach of the enemy!