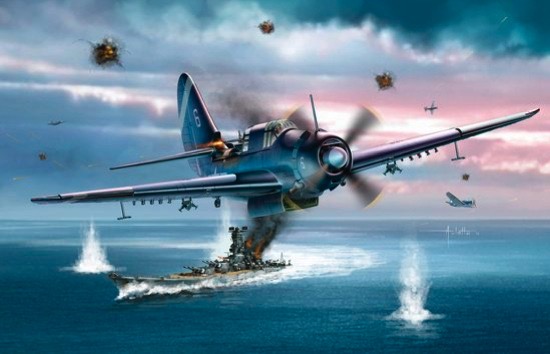 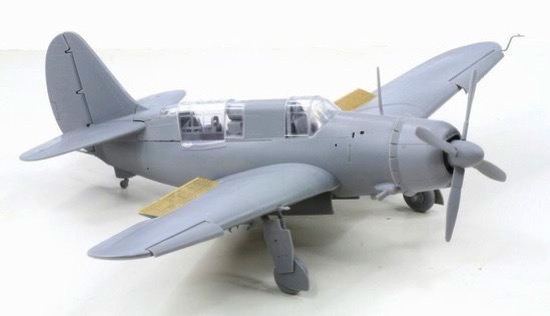 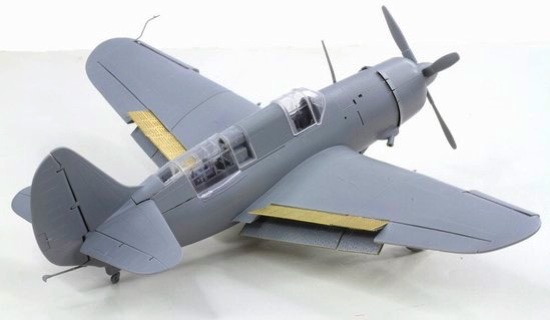 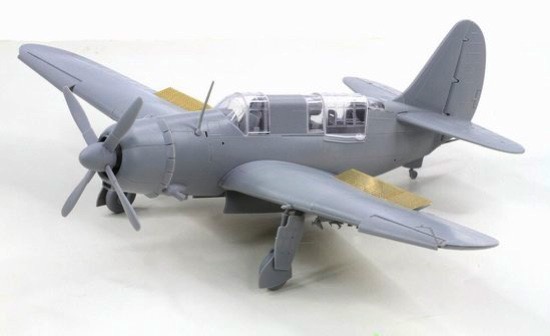 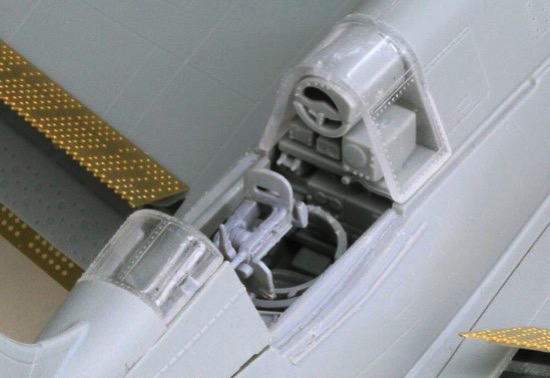 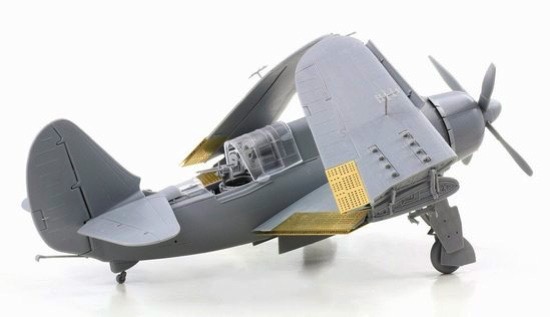 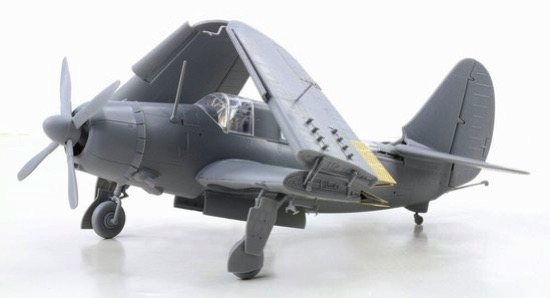 DISCONTINUED This product has been discontinued
and is no longer available.List price: $45.50
You pay: $30.79
(All prices in U.S. Dollars)

Features: Cyber-Hobby has added an exciting 1/72 scale model kit to its Golden Wings series. The new item depicts a Curtiss SB2C Helldiver, a carrier-based dive-bomber widely used by the US Navy (USN) during WWII. The twin-seat SB2C was roundly criticized for its handling characteristics, range and reliability, but nevertheless it achieved good results in combat after improvements were made during the course of production. It participated in such battles as Rabaul, the Marianas, the Philippines, Taiwan, Iwo Jima, the Ryuku Islands and Okinawa. One of its strengths was the ability to carry a significant amount of munitions, plus it featured an internal bomb bay. Some 7,140 Helldivers were manufactured, but the variant portrayed in this kit is the SB2C-4, numerically the most common type. Introduced in mid-1944, the SB2C-4 incorporated perforated dive flaps and wing racks for eight 5-inch rockets or 1,000lb bombs. More than 2,000 SB2C-4 Helldivers were produced by Curtiss, and it was more successful than earlier variants.

This is in fact the very first 1/72 scale item in Cyber-Hobby's refined Wing-Tech series, and it broadens the scope of successful 1/32 and 1/48 items already available. As such, the SB2C-4 employs high-tech innovations and widely uses slide molds. This enables excellent levels of detail and easy construction. Panel lines are sharply etched into the plastic components. Furthermore, as a carrier-based aircraft, modelers can choose to show the wings folded or extended according to their preference, plus the landing gear can be displayed either lowered or raised. The cockpit is full of detail as well, all of which can be shown to fullest extent if the canopy is left open. The Helldiver was the last dive-bomber operated by the USN, but it was also the most widely produced in history. Now, thanks to Cyber-Hobby, modelers can get a slice of Pacific war action!