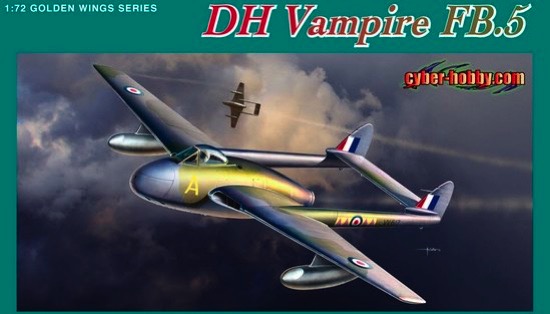 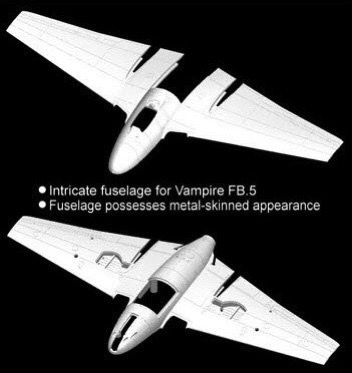 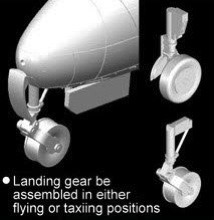 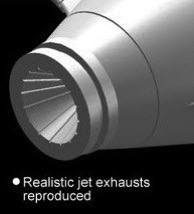 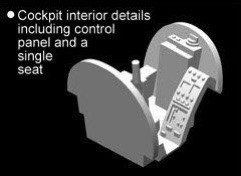 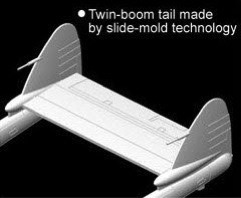 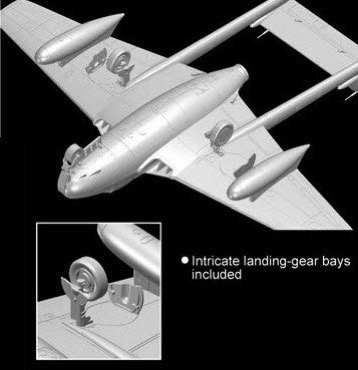 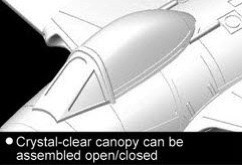 Features: Cyber Hobby continues to impress with its latest 1/72 scale release - this time a de Havilland Vampire FB.5. This British aircraft was the RAF's second ever jet fighter (the first being the Gloster Meteor). Although it arrived too late to see WWII combat, it served in frontline squadrons of the Royal Air Force (RAF) until 1953 and as a training platform until 1966. Some 3,268 Vampires were built and they were used by 31 air forces. The most numerically common single-seat variant was the FB.5, with the type built for the UK, South Africa and Venezuela. The FB.5 featured a Goblin II turbojet engine with armored protection. In addition, the wings were shortened by 30cm and the undercarriage was given a longer stroke to permit greater takeoff weights and more clearance for under-wing munitions. At its peak, the RAF flew 19 squadrons of FB.5s in Europe, the Middle East and Far East. It participated in the Malayan Emergency, for example.

This 1/72 scale kit is the fruit of brand new toolings. Naturally, it's extremely well engineered to support convenient and easy assembly. This engineering excellence is made manifest in numerous parts produced with the aid of slide molds and complete CAD design from start to finish. Panel lines are sharply and accurately delineated using laser crafting, while the streamlined form of the fuselage and twin-boom tail is realistically captured. Coming after Cyber-Hobby's earlier releases of the Meteor, Sea Vixen and Sea Venom, this new kit adds to the historic British family! Indeed, modelers will now be able to display a complete lineup of these important post-WWII British fighters.