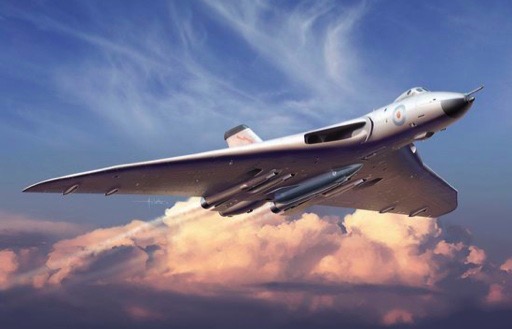 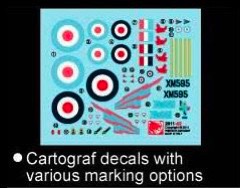 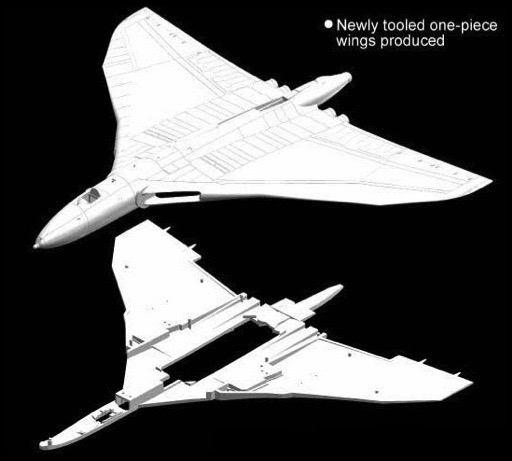 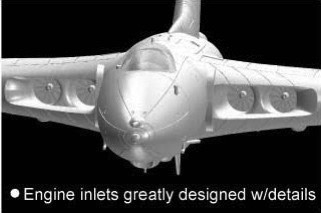 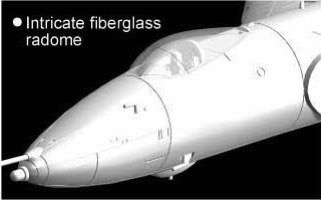 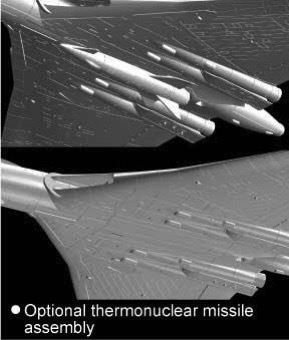 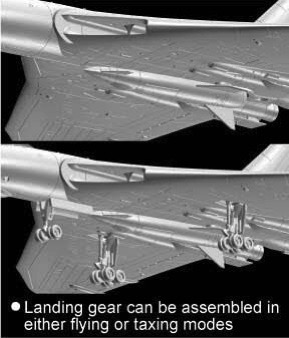 DISCONTINUED This product has been discontinued
and is no longer available.List price: $27.00
You pay: $18.30
(All prices in U.S. Dollars)

Features: It's been some time since our last 1/200 scale aircraft kit. But the wait is over, with an intriguing new model that is built to the very best contemporary standards. The Avro Vulcan played an important role as a strategic bomber from 1953-84. For more than 30 years during the height of the Cold War, this aircraft armed with nuclear bombs was ready to deter foreign nations from attacking Great Britain. Operated by the RAF's V-bomber force, the Vulcan was a delta-wing design that flew at subsonic speeds at high altitude. A total of 134 Vulcans were manufactured, with the second tranche known as the B.2 being the most common. The B.2 featured larger and thinner wings, while a greater fuel capacity offered a cruising range of 7,400km. It also had improved equipment such as electronics and radar.

This new Cyber Hobby model of an Avro Vulcan B.2 is precisely made to 1/200 scale. Panel lines are sharply scribed, including both the top and bottom surfaces of the large wings. Parts are wisely separated in order to produce the most accurate model possible, plus it is a pleasure to build. To make it even more appealing, this model Vulcan B.2 carries a Blue Steel missile beneath its belly. The Blue Steel was a rocket-propelled nuclear stand-off missile that was in British service from 1963-70. This air-launched nuclear missile had a speed of Mach 2.3 and range of 240km. This fine model commemorates the important role the Vulcan played in the Cold War for a period of three decades before the bomber was eventually superseded by the Tornado.