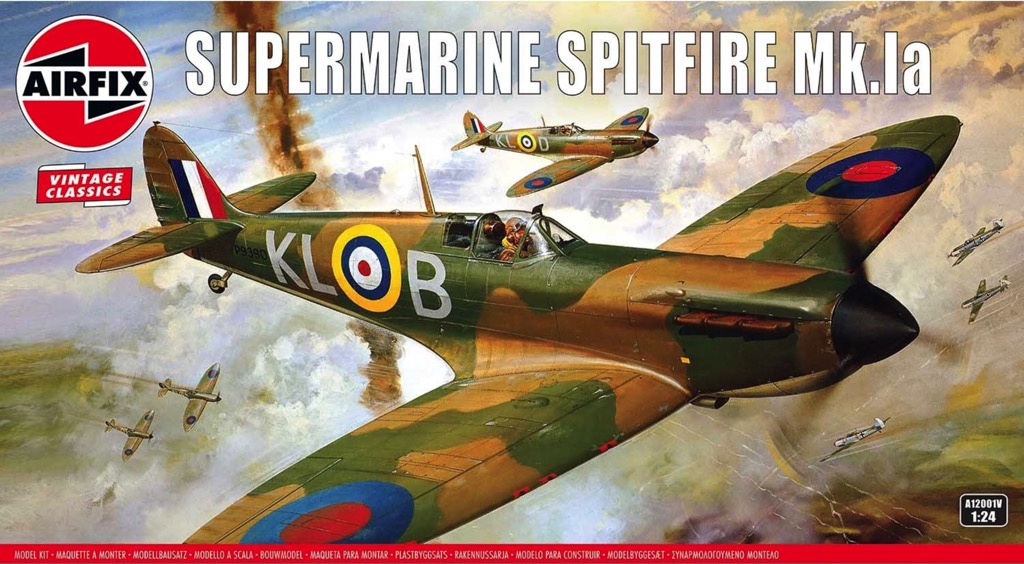 Markings for: The immortal Spitfire was the most famous fighter of the Second World War and one of the greatest warplanes of all time. When the Battle of Britain began in the summer of 1940 there were nineteen squadrons of Spitfires in action. The two Spitfires for which markings are supplied represent different moments of the battle as it raged from the hot summer days into the cold winter of 1940. The first is the iconic DW-K of No.610 County of Chester Squadron, with its large code letters and oversized roundels that instantly evoke the Battle of Britain. Based at Biggin Hill, DW-K was initially believed to be P9495 (included in this kit) which joined the squadron in June 1940 and was eventually damaged in a dogfight with a Messerschmitt 109 in August 1940, with the codes then transferred to another Spitfire.The other aircraft is X4561, QJ-B of No.92 Squadron based at Manston, Kent, December 1940 and reflects the changes to operational camouflage at the time with the underside of the port wing being painted black as a recognition aid. This fabulous model will show the cockpit, Merlin engine, gun ports and other great detail.