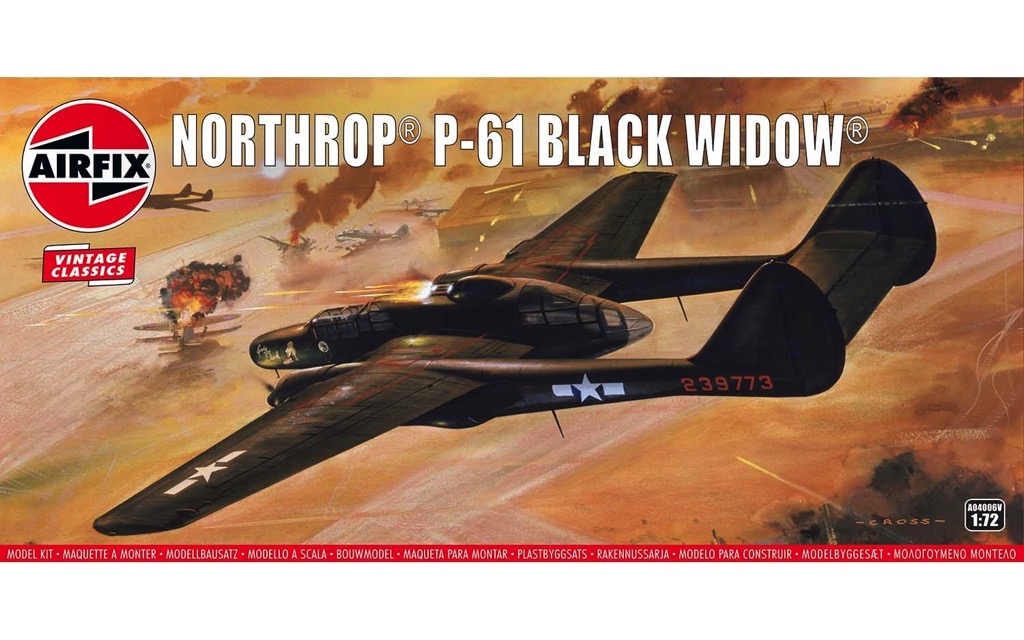 One of the most distinctive aircraft of the Second World War, the P-61 Black Widow was the first US aircraft designed specifically for combat at night and the first developed with radar as its primary method of target detection.

Powered by two mighty Pratt Whitney Double Wasp engines, this was a very big aeroplane for a fighter, but if it managed to detect an enemy aircraft, its impressive array of offensive firepower would usually result in the Black Widow living up to its sinister name. It is thought that a P-61 Black Widow operating in the Pacific Theatre scored the final Allied aerial victory of the Second World War, in the hours just prior to Japan's surrender.