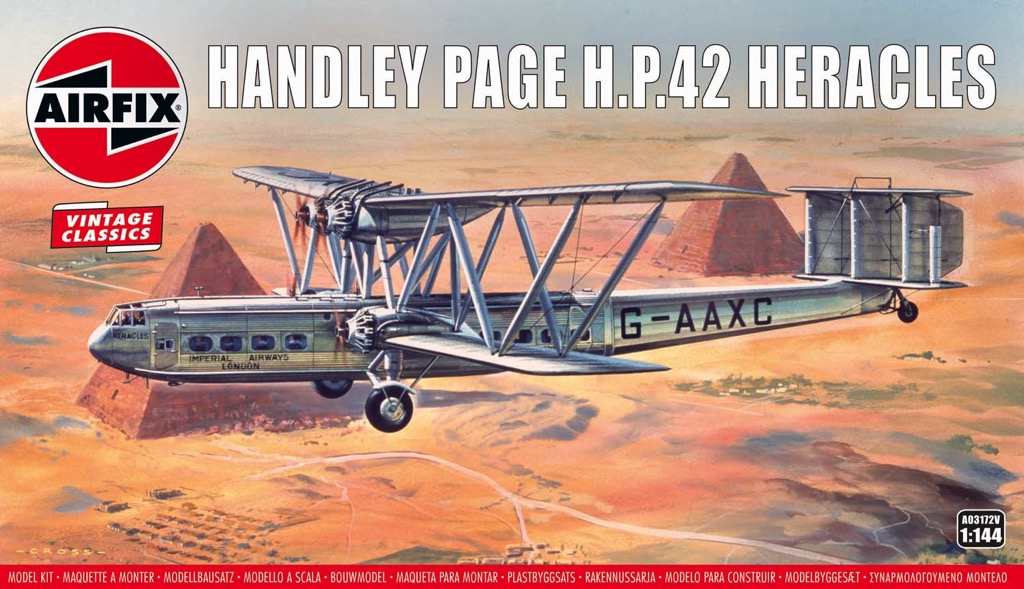 An elegant four engined biplane airliner from the early days of passenger air travel, the Handley Page H.P 42 was designed to serve the Empire air routes into the Middle East, Africa and India, carrying its passengers in some style. With the engines mounted well away from the passenger cabin, travel in the H.P 42 was relatively quiet and likened to traveling in a first class pullman railway carriage, which is just as well, because the aircraft's cruising speed of just 105 mph meant that any journey was likely to be a long one. The pride of Britain's pioneering Imperial Airways fleet, this giant airliner was an attempt to regain passenger flight supremacy from the German aviation industry and at the time of its introduction, it had the distinction of being the largest passenger aircraft in regular use in the world.

In total, only eight of these magnificent machines were ever built, four with larger freight and mail carrying capabilities to serve the longer range Eastern Empire routes, with a further four designated H.P 45 built to carry more passengers and intended for use on European routes - two of these would later be converted to H.P.42 configuration. Crucially, these majestic aircraft would achieve an exemplary safety record, carrying many thousands of passengers safely at a time when scheduled air travel was still in its relative infancy.