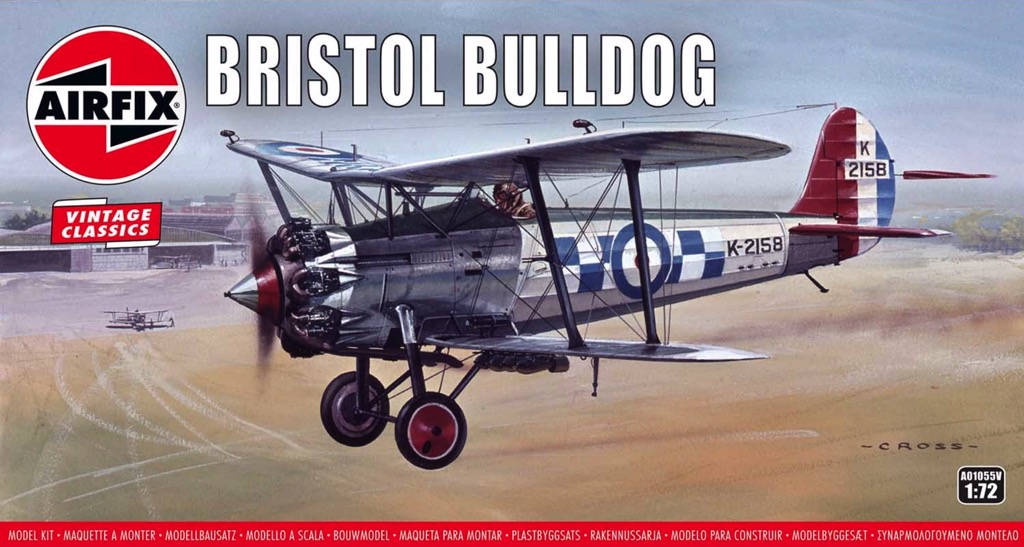 The handsome Bristol Bulldog was without doubt one of the most important RAF aircraft of the inter-war period and is now an available Airfix model to recreate the aircraft's legacy today. It was flown by the nation's most talented young airmen, one of which was Douglas Bader, a gifted airman with a flair for aerobatics but something of a daredevil reputation. Whilst performing unauthorised low level aerobatics in his Bulldog fighter, the wing of his aircraft clipped the ground sending it tumbling across the airfield.

Bader was seriously injured and only survived thanks to the expertise of the surgeons at the Royal Berkshire Hospital. Suffering a double amputation of his shattered legs, the story of Baders recovery and subsequent struggle to re-join the Royal Air Force made him a national hero and one of the most famous fighter pilots of the Second World War. By the time he was flying Spitfires from RAF Duxford, all but a few of the Bristol Bulldogs had long since been withdrawn from front line service. Only two of these beautiful aircraft are known to have survived.

About the Model:
Introduced in 1929, the strong and manoeuvrable Bulldog was Britain's main front line single seat fighter at a time when aviation was all about style and grace, as reflected in the model and is now available to bring home today and add some must-have style to your Airfix range! Measuring 106mm in length, this model is the ideal gift for any collector, both young and experienced and comes complete with sprues and decals.