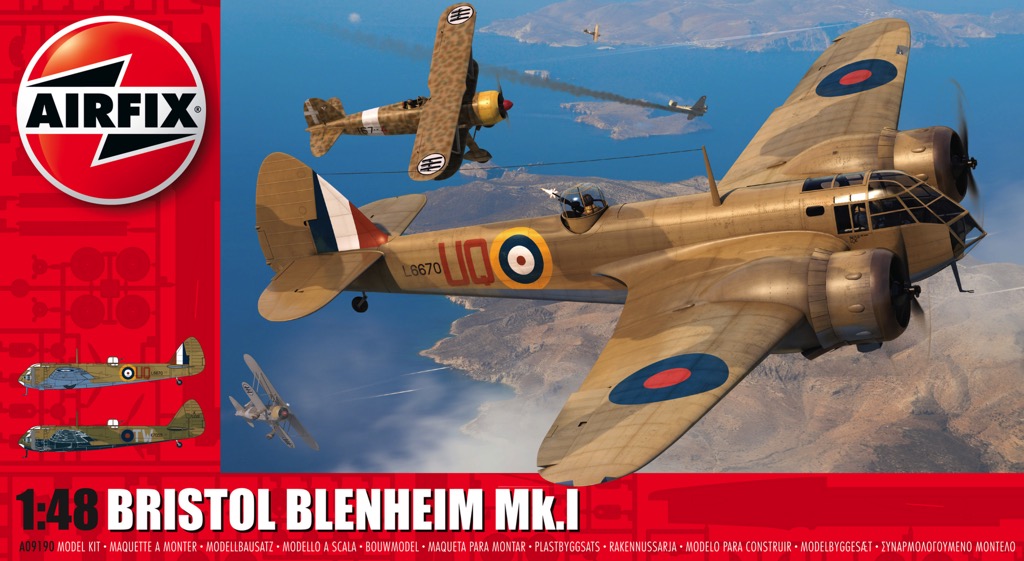 Markings for: When the first Bristol Blenheim Mk.I light bomber entered Royal Air Force service with No.114 Squadron at Wyton in March 1937, they not only replaced the squadrons Hawker Hind biplane bombers, but also pointed to the future of a new, modern air force. Capable of speeds approaching 100 mph faster than its predecessor, the Blenheim was the most capable light/medium bomber in the world at that time and would be the benchmark for all future aircraft designs, including those it would soon be forced to meet in combat.During the early months of WWII, Blenheim crews would carry a heavy burden of strike operations against enemy targets, both from bases in the UK and in France as part of the Advanced Air Striking Force and British Expeditionary Force. Being relatively lightly armed and with constant equipment additions increasing the aircrafts weight, the Blenheim was no match for the modern fighters of the Luftwaffe and despite the heroic actions of a great many Allied pilots, the RAF suffered significant losses during this period.