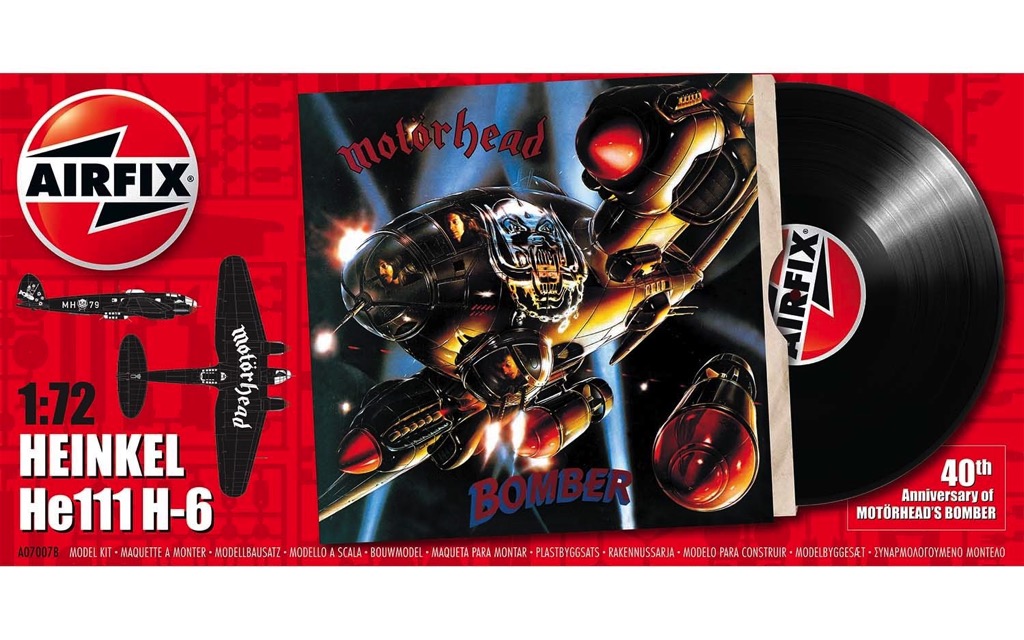 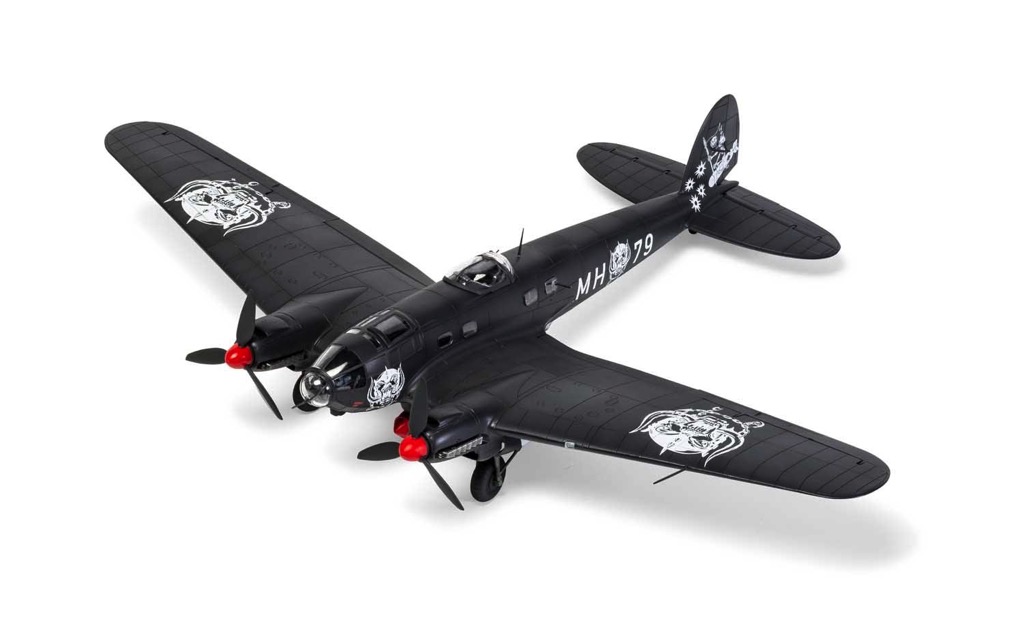 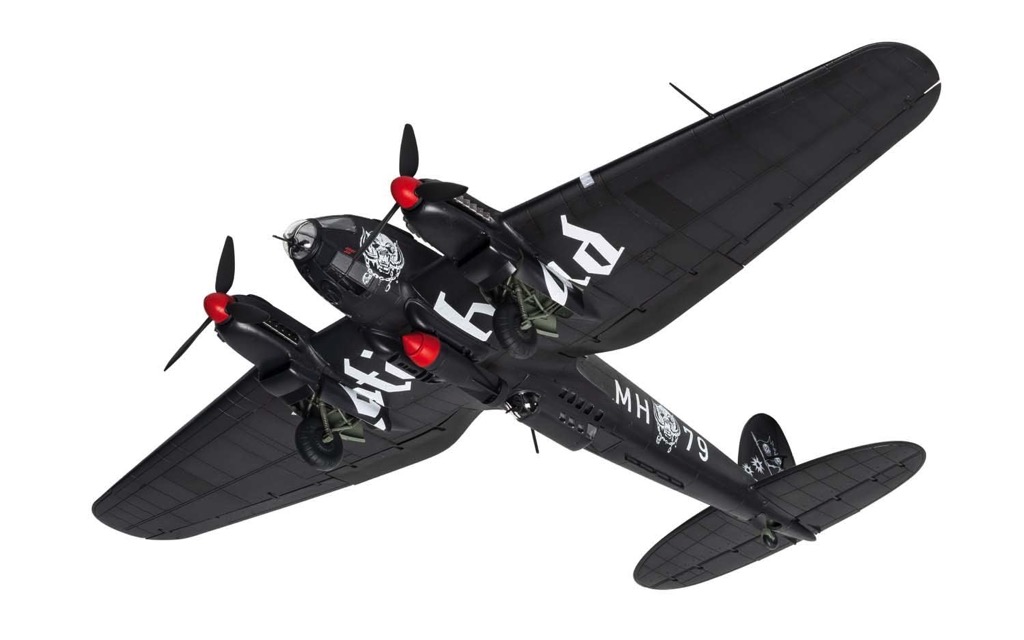 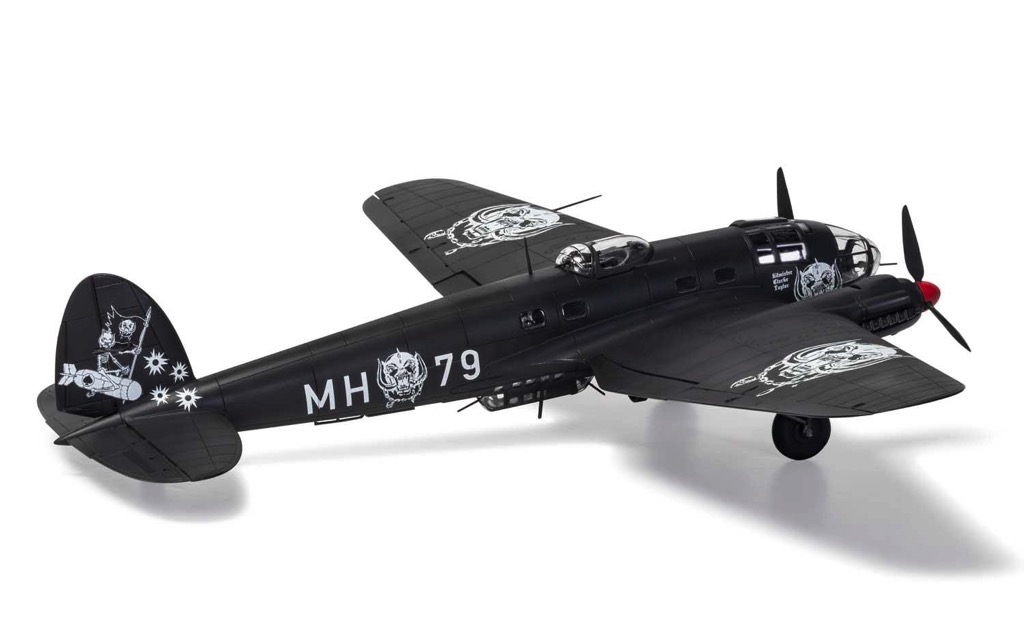 Includes markings only for Motorhead's Bomber.

Motorhead, the iconic heavy-metal band's striking album artwork for their 1979 'Bomber' was carefully created by an illustrator. Lemmy, "Fast" Eddie Clark and Phil "Philthy Animal" Taylor are shown inside the cockpit of a Heinkel in the Blitz. Lemmy, himself a collector of WWII memorabilia, insisted the plane be German.

The illustrator explains: "I suggested the Heinkel plane. They wanted this photo-realistic effect, so I designed the thing with the detached bomb coming towards you."

"I worked in airbrush in black and white, which I would then tint," he adds. "That's why my work always looked very doomy. To get the lighting right, I got a little Airfix kit of a Heinkel 111, made it up and sprayed it black." He then photographed the model to get the reflections underneath. "When you work realistically, you've got to have a realistic reference."

The album sleeve made such an impression the band insisted on a remarkable 40ft Heinkel replica to accompany them on stage for their now notorious 'Bomber' tour.

"It's the most famous cover I've ever done,"

The album was released on October 27th 1979, reaching number 12 on the UK charts.

To mark the 40th Anniversary, Airfix is pleased to offer a version of its latest Heinkel with the "Bomber" markings included, and with the special Anniversary box lid.