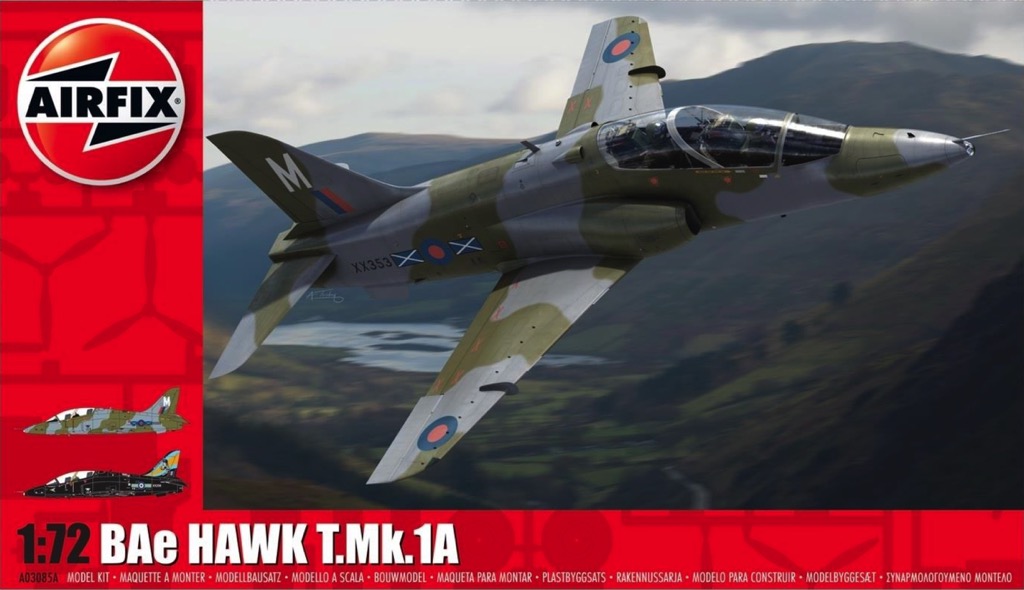 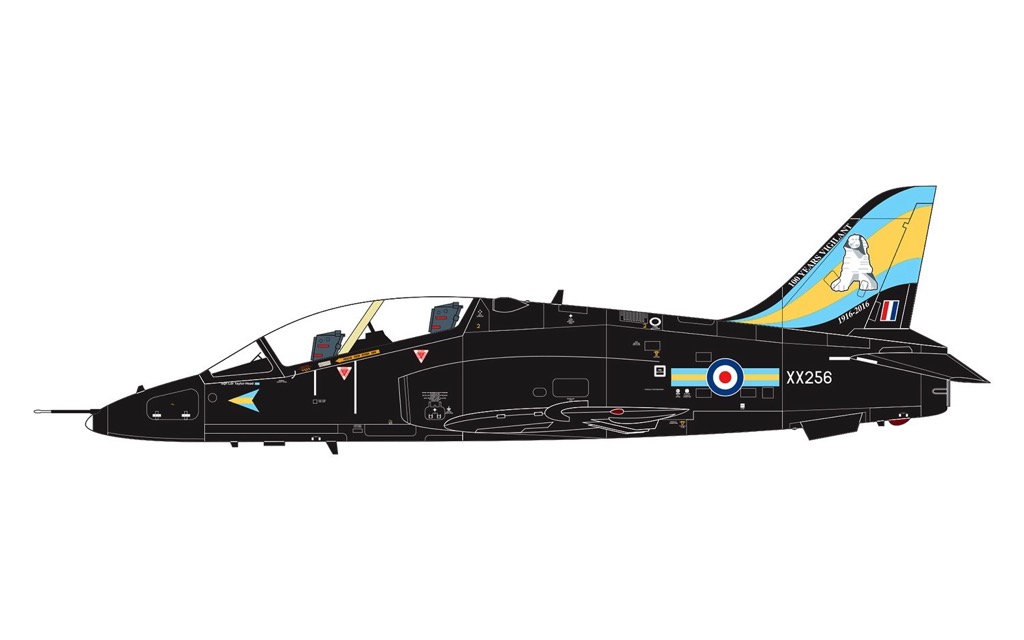 Markings for : The agile and reliable BAe Hawk T.1 has been providing the Royal Air Force with an effective advanced jet pilot training platform for over 40 years, replacing the Folland Gnat in this role. With over 1000 aircraft produced, the Hawk has also proved to be one of Britain's most lucrative post war aviation export successes.