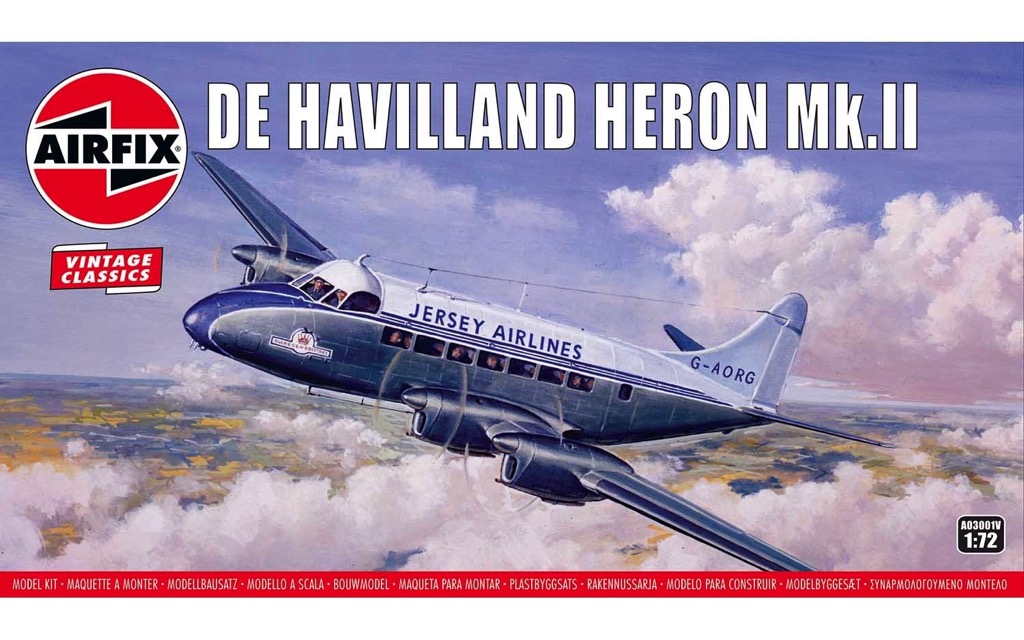 Building on the success of de Havilland's earlier twin engined Dove small passenger aircraft, the company's attempt to produce a slightly larger airliner resulted in the first flight of the Heron in May 1950. Capable of comfortably carrying 17 passes, the Heron had a longer fuselage and wings than its predecessor and employed an additional pair of Gipsy Queen engines, providing reassurance for crew and passes alike. Early models of the aircraft were produced with a fixed undercarriage, but the Mk.II variant introduced a number of upgrades and improvements, most noticeably being the adoption of a retractable undercarriage, with the resultant reduction in drag providing a welcome performance boost. Although only 150 were built, Herons served with both the RAF and Royal Navy.