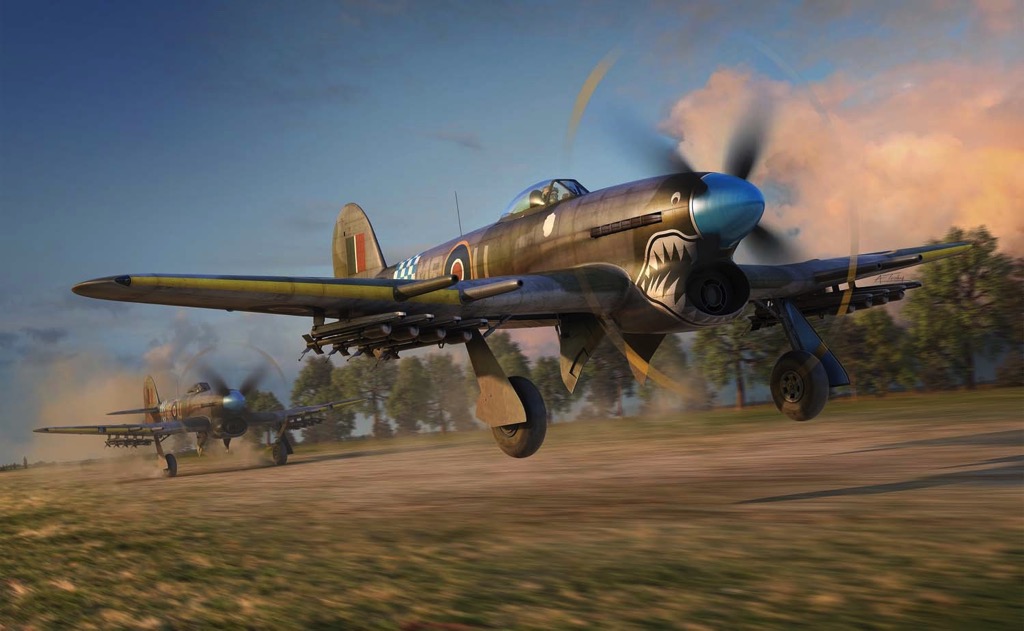 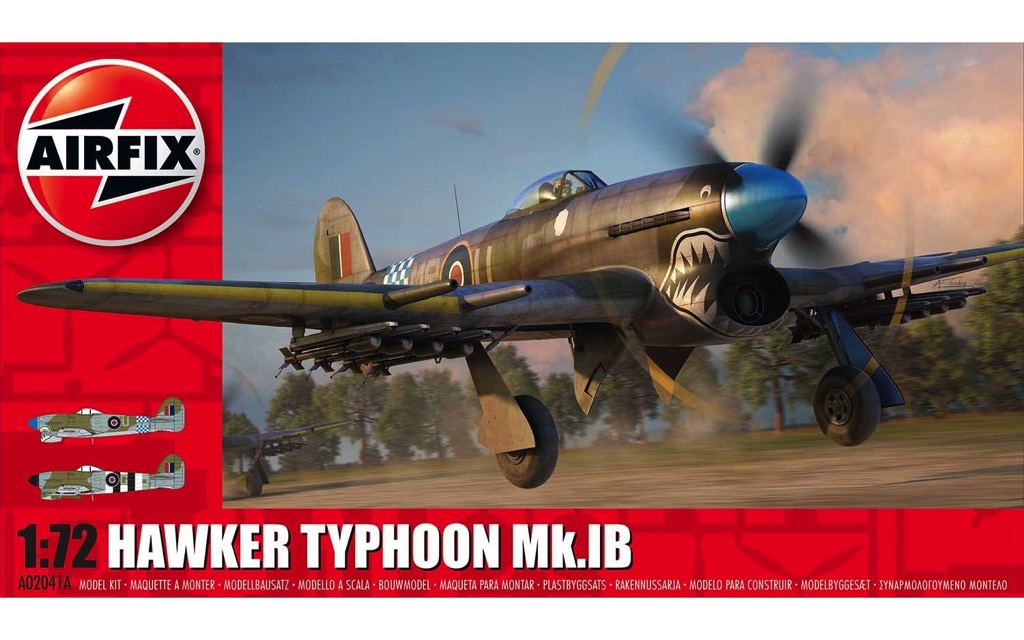 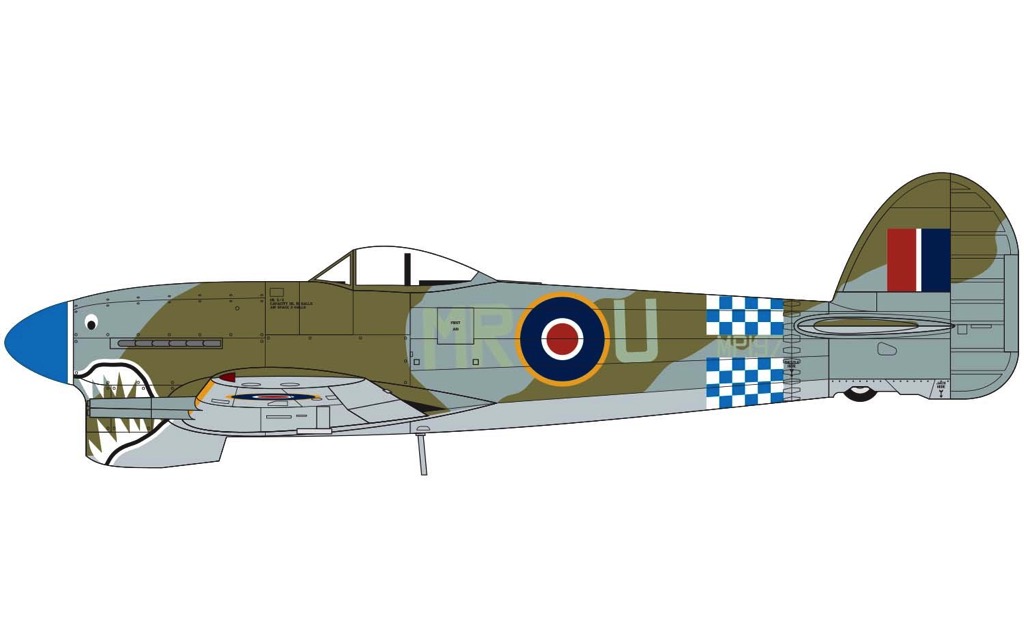 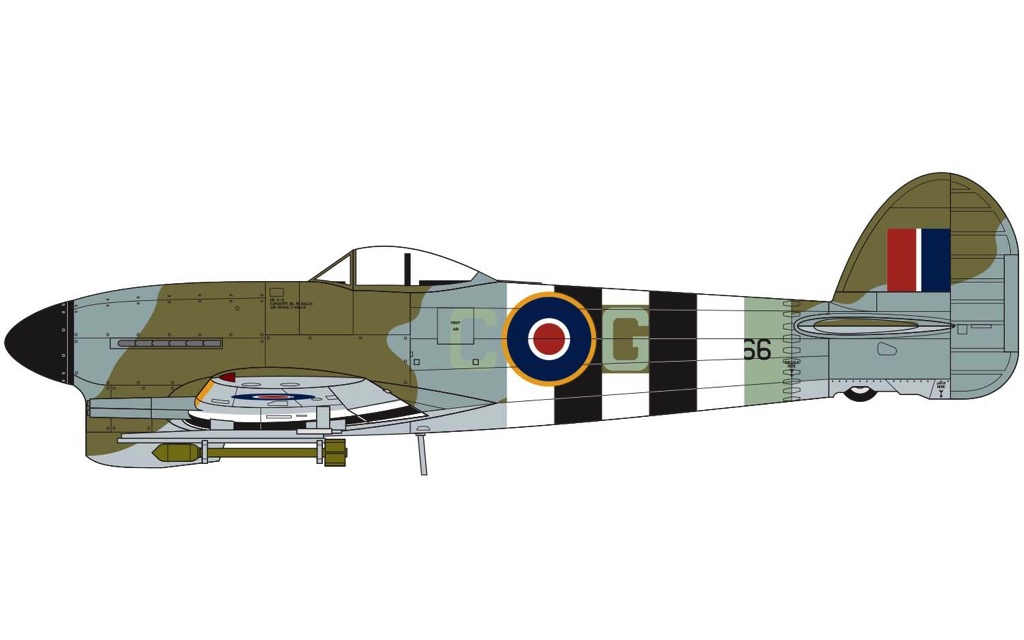 By 1943 the RAF needed a dedicated ground attack fighter, and the Typhoon was suited to the role. The powerful engine allowed the aircraft to carry a load of up to two 1,000lb (454kg) bombs. From September 1943, Typhoons could also be armed with four, eight or in some cases even 12 "60lb" RP-3 rockets.