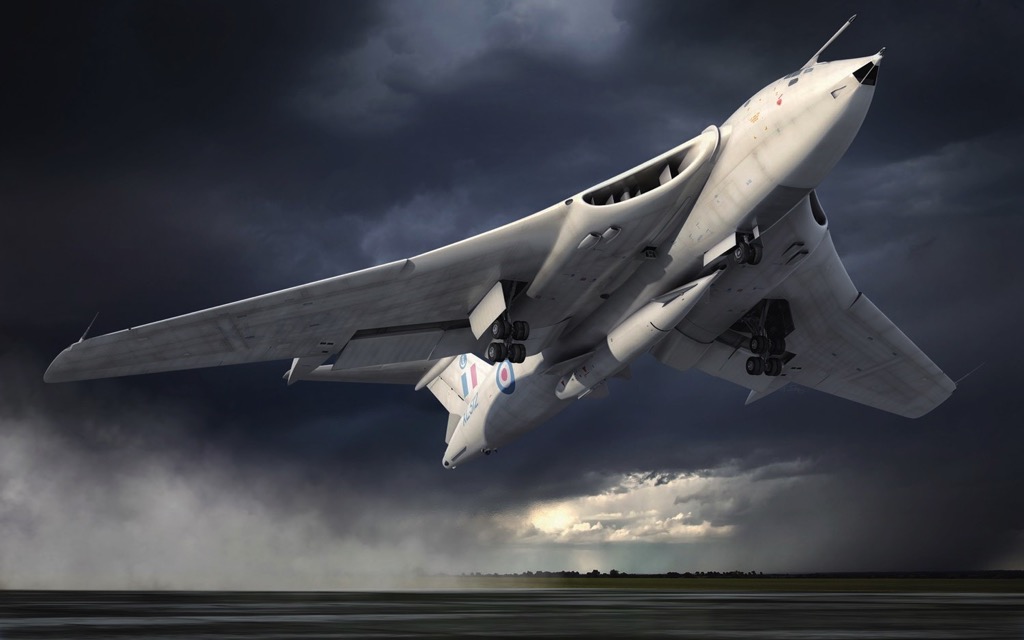 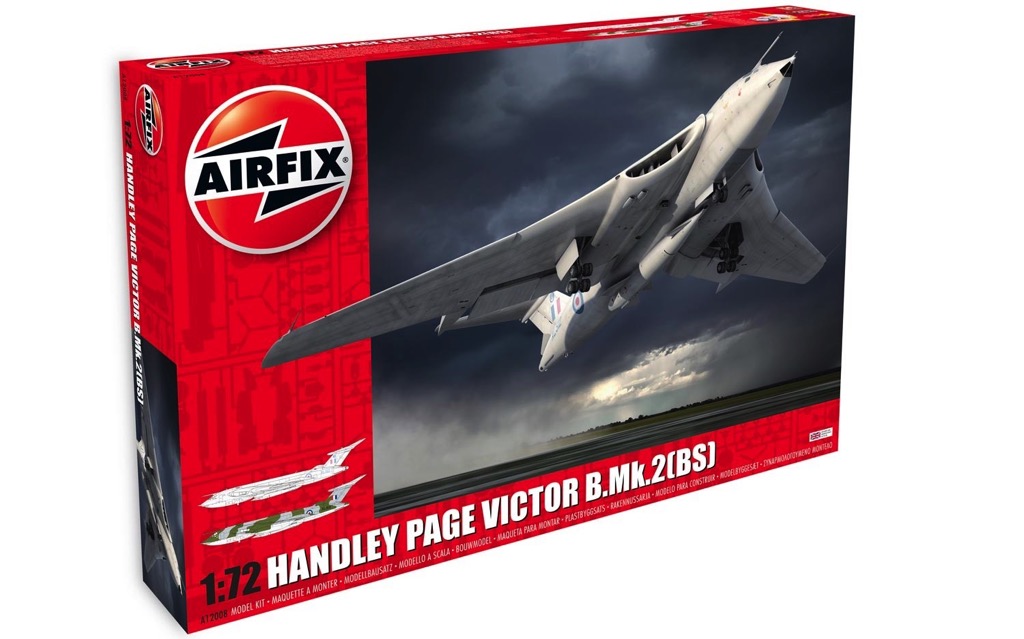 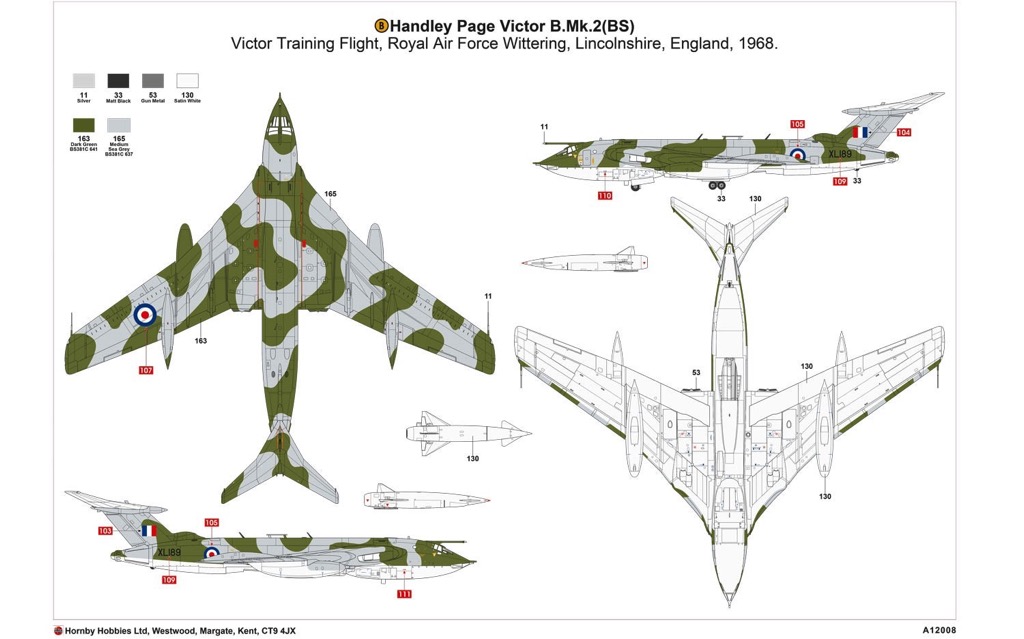 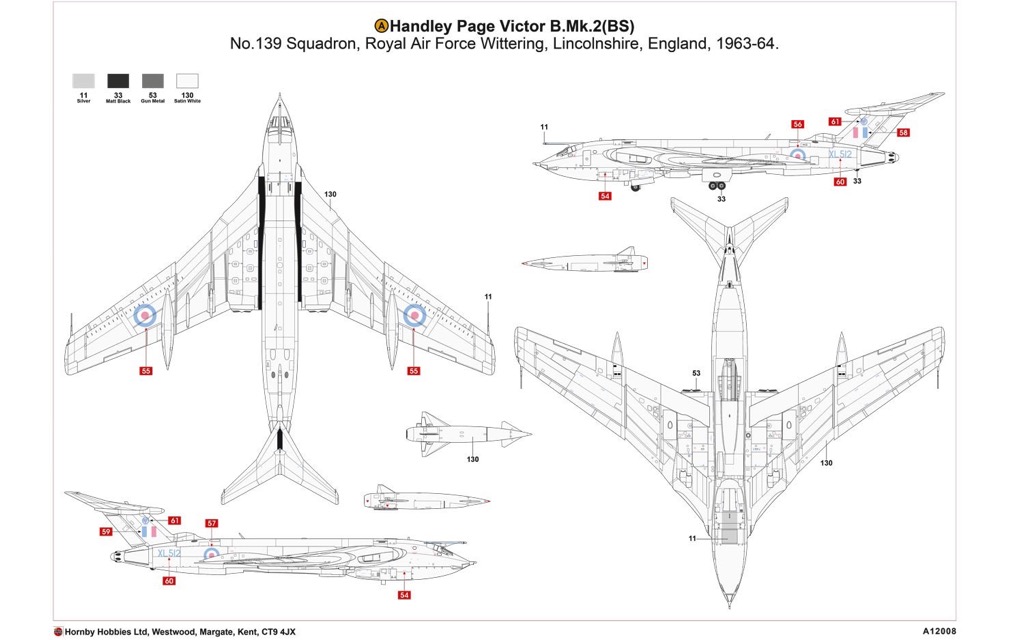 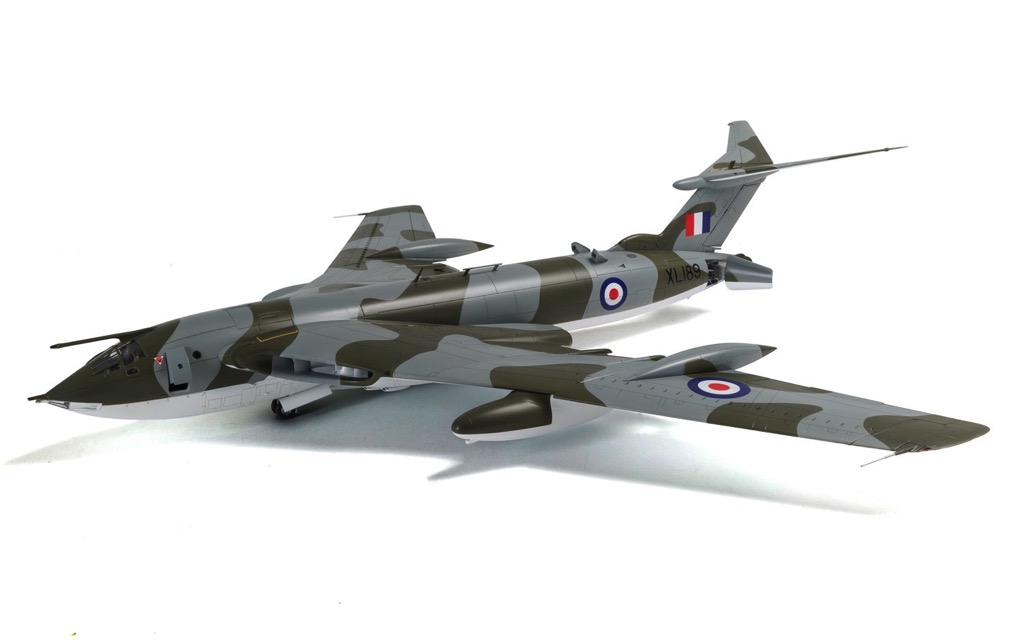 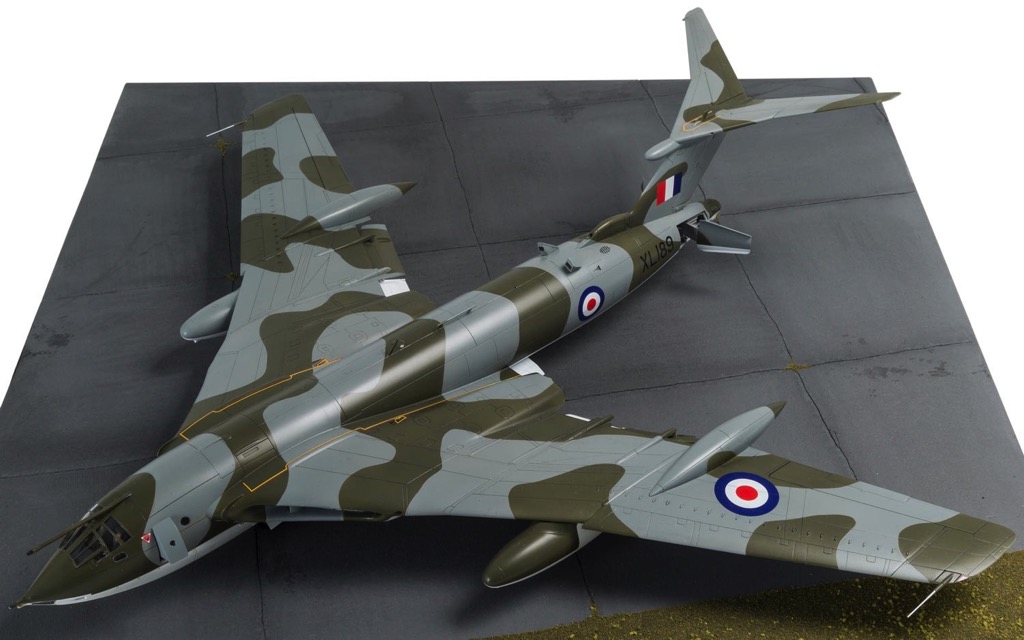 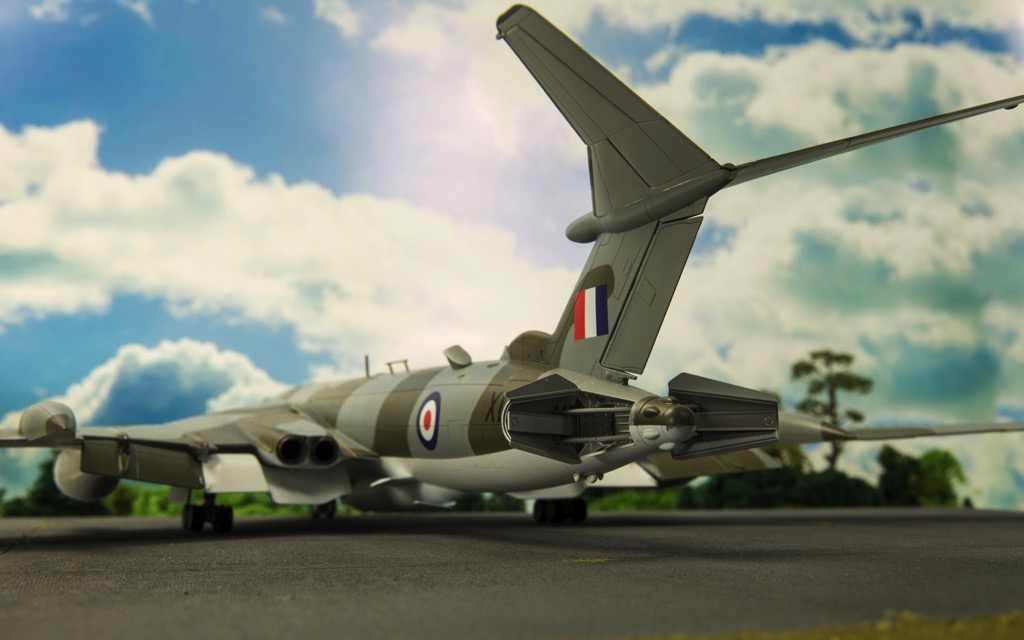 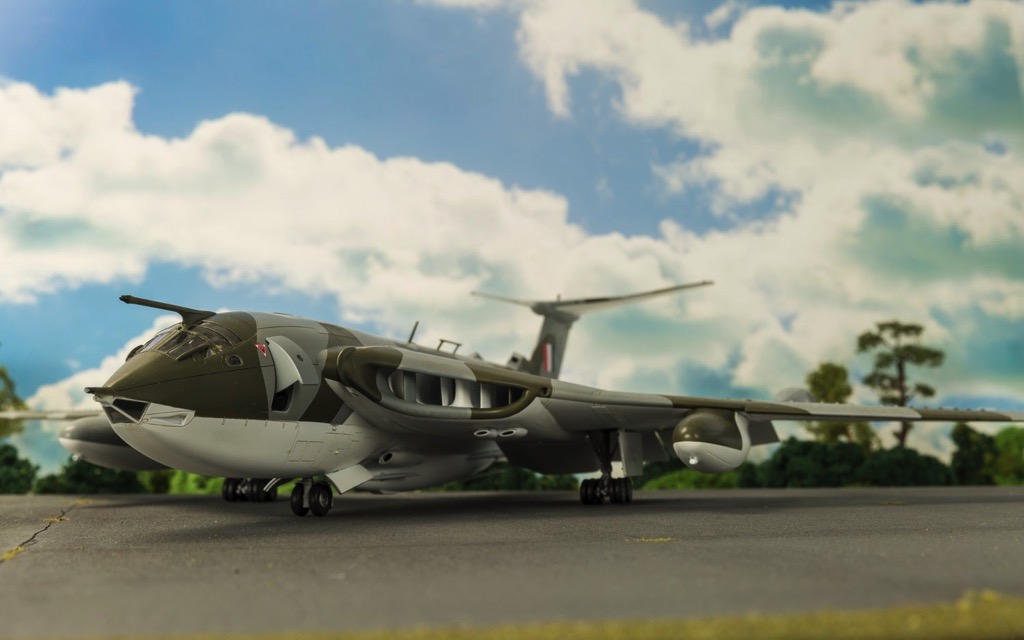 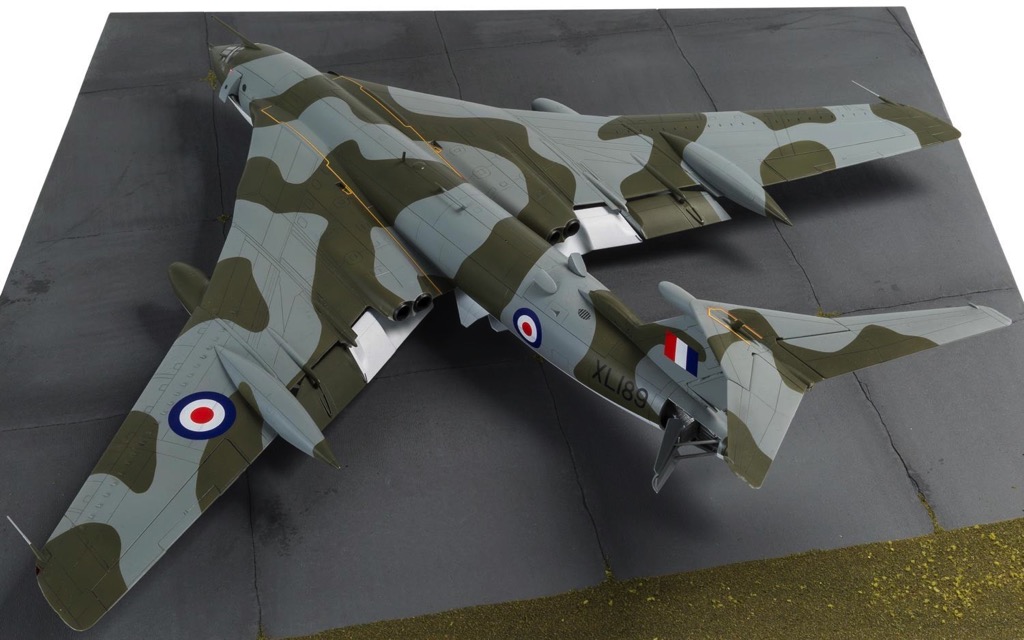 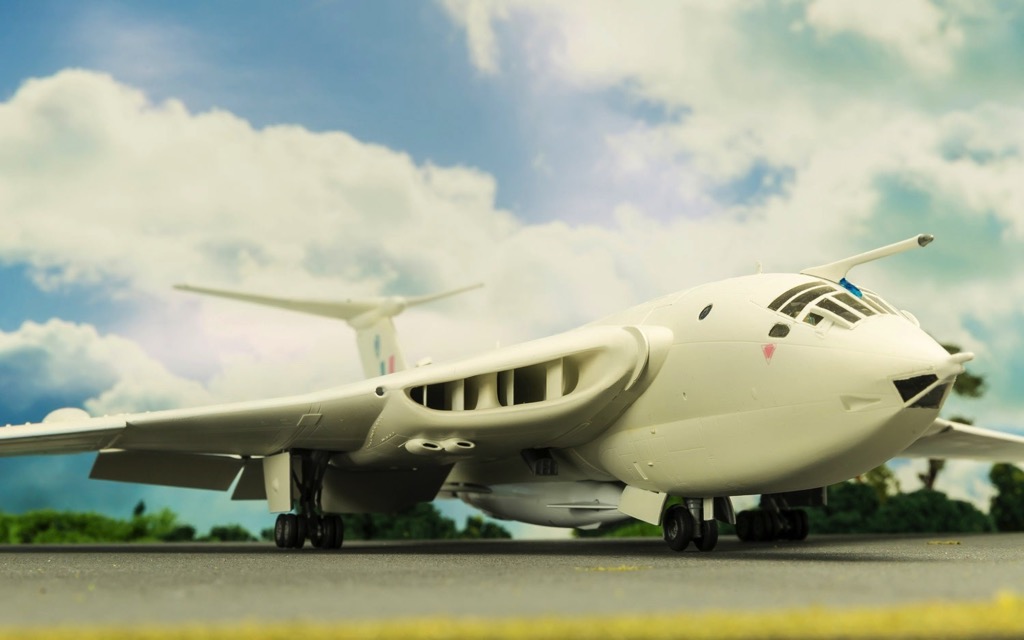 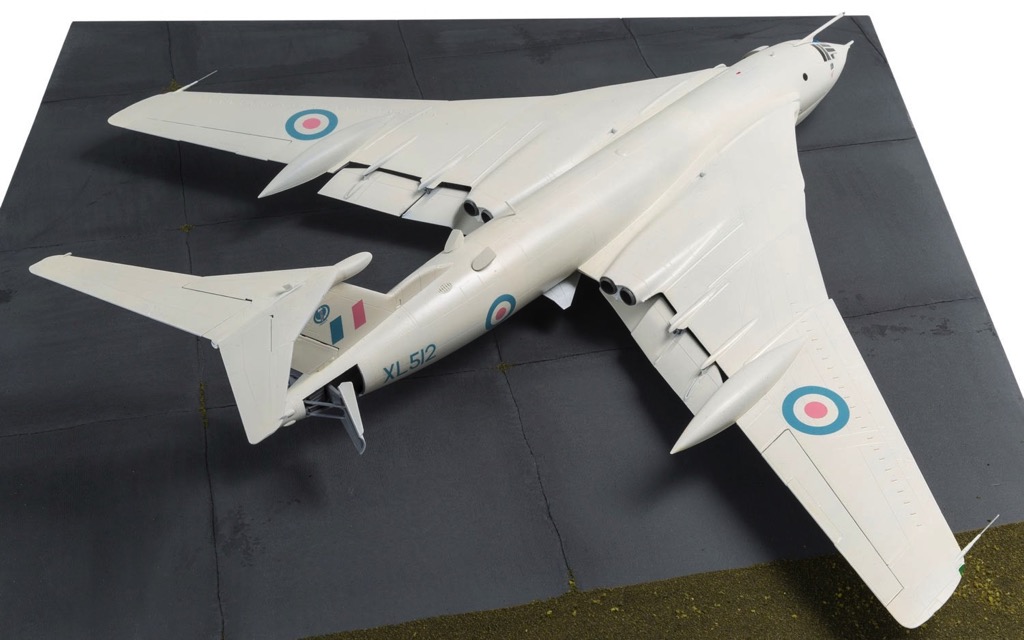 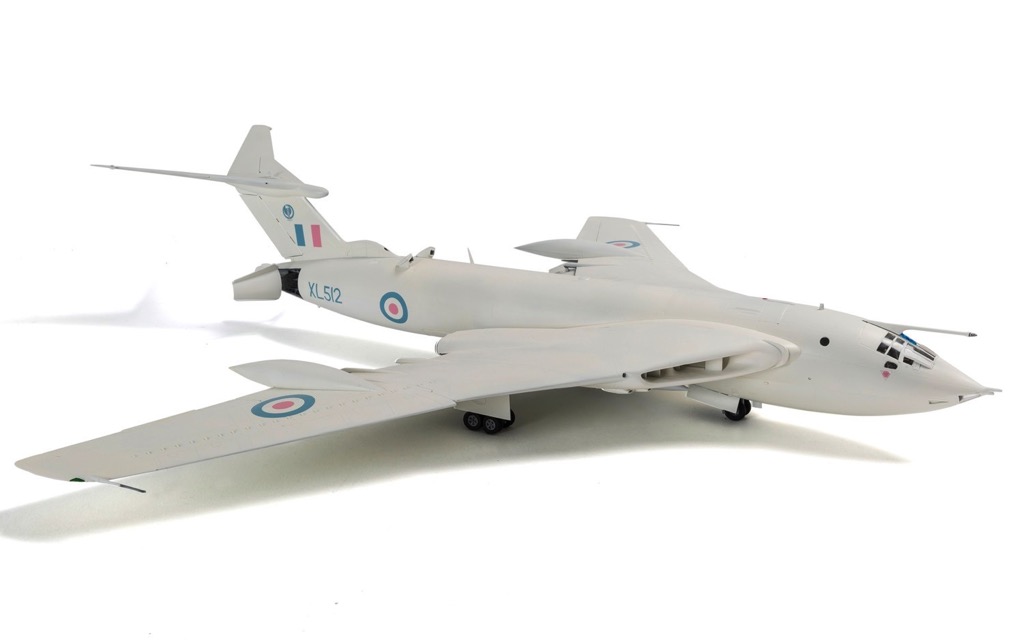 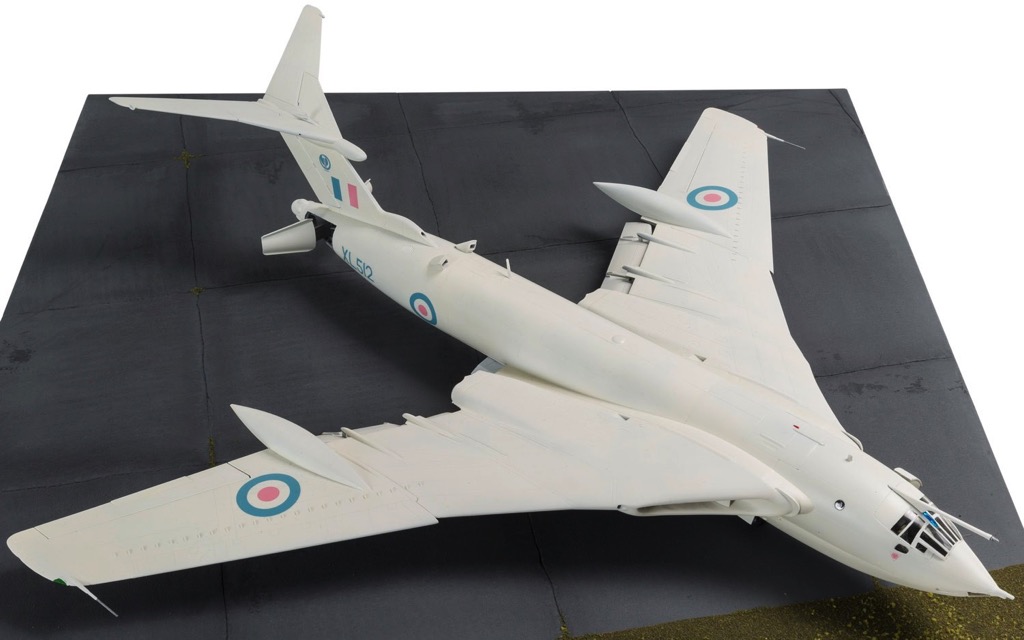 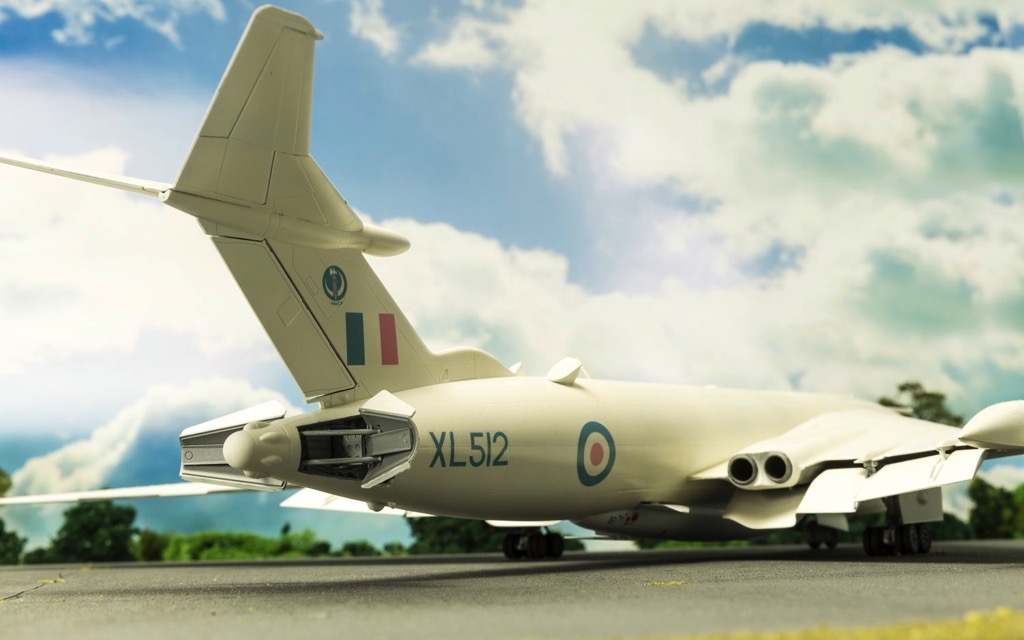 Include markings for: B.Mk.2(BS), No.139 Sqdn, RAF Wittering, Lincolnshire England, 1963-64 B.Mk.2(BS), Victor Training Flight, RAF Wittering, Lincolnshire England, 1963-64 Arguably the most capable of Britain's Cold War V-Bombers, the Handley Page Victor is certainly one of the most distinctive jet bombers to ever see service. With its high mounted T-tail and impressive crescent wing, the Victor saw service as a conventional bomber, nuclear bomber and finally as an airborne tanker aircraft, before its eventual retirement in 1993.

Handley Page Victors of Britain's nuclear deterrent force were finished in an all over white anti-flash paint scheme, which was intended to afford some protection to the aircraft and crew in the event of a nuclear detonation - thankfully, the effectiveness of this system was never called upon. The final RAF Victors wore a hemp and light aircraft grey scheme, following their involvement in the Gulf War, in an in-flight re-fuelling capacity.

Perhaps the most famous use of the Victor tanker aircraft was the significant role they played in the 'Black Buck' missions of the Falklands conflict. The plan to deny Argentine forces the ability to use Port Stanley airfield called on a single Vulcan bomber to attack the airfield and render the runway unusable. With the nearest airfield available to the British being on Ascension Island some 3,800 miles away, the Vulcan would have to be refuelled many times during the flight, which would become the longest bombing mission in history.

The refuelling plan to support the Port Stanley Vulcan attack would require eleven Victor tankers to take off at the same time, to provide fuel for both the Vulcan and the other Victors. Once the attack had been completed, five more Victors would be needed to bring the Vulcan home.