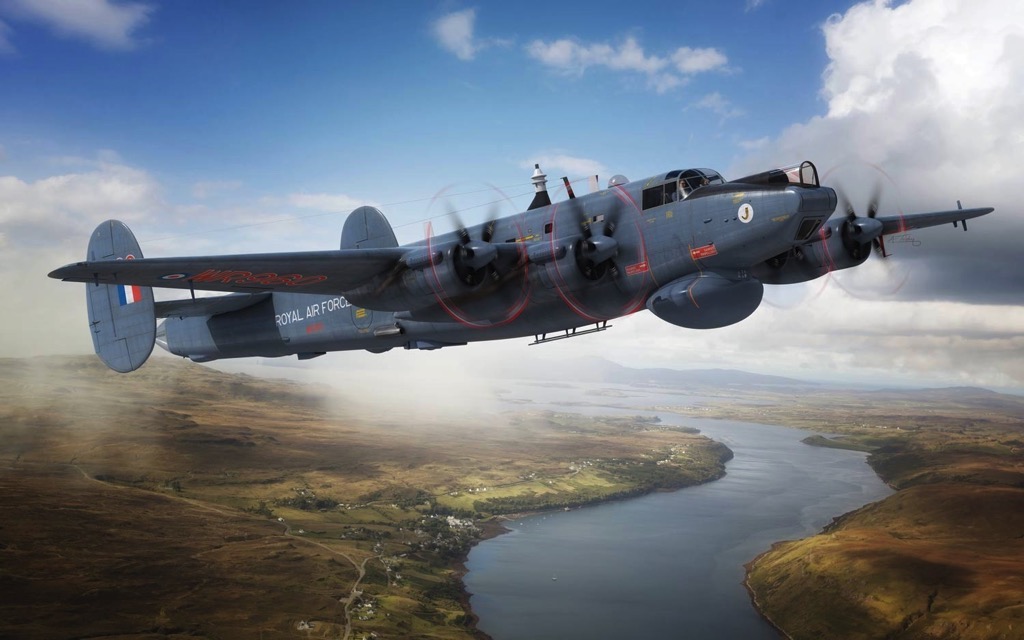 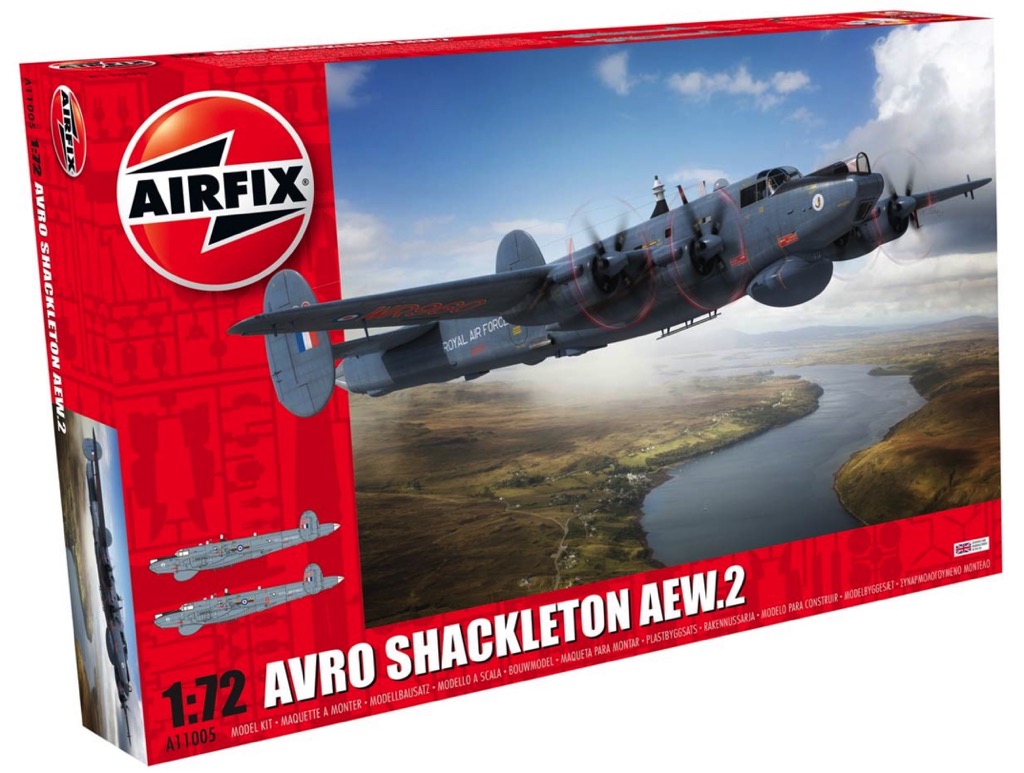 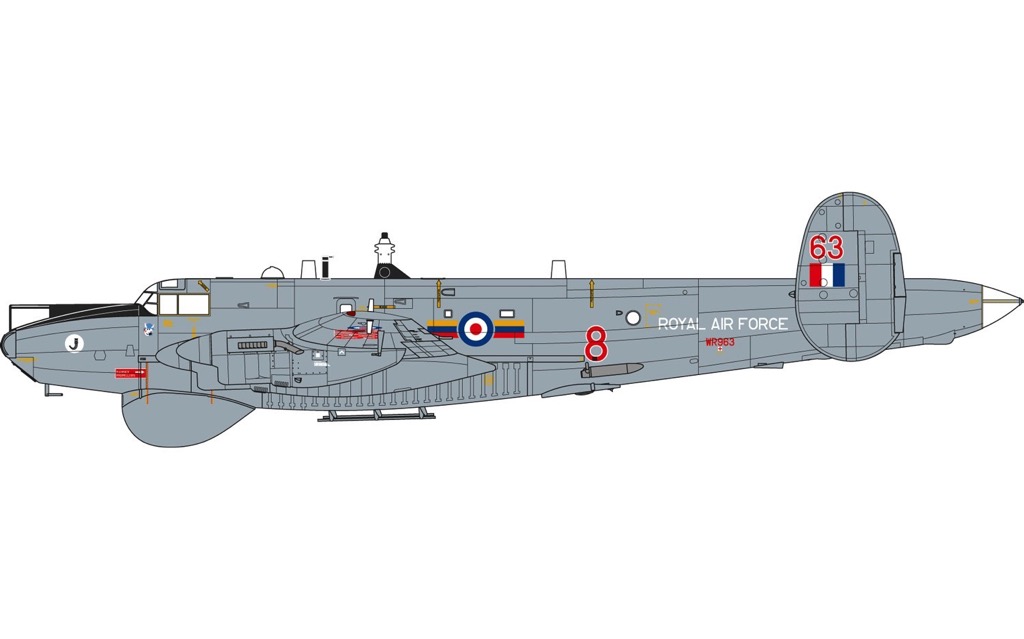 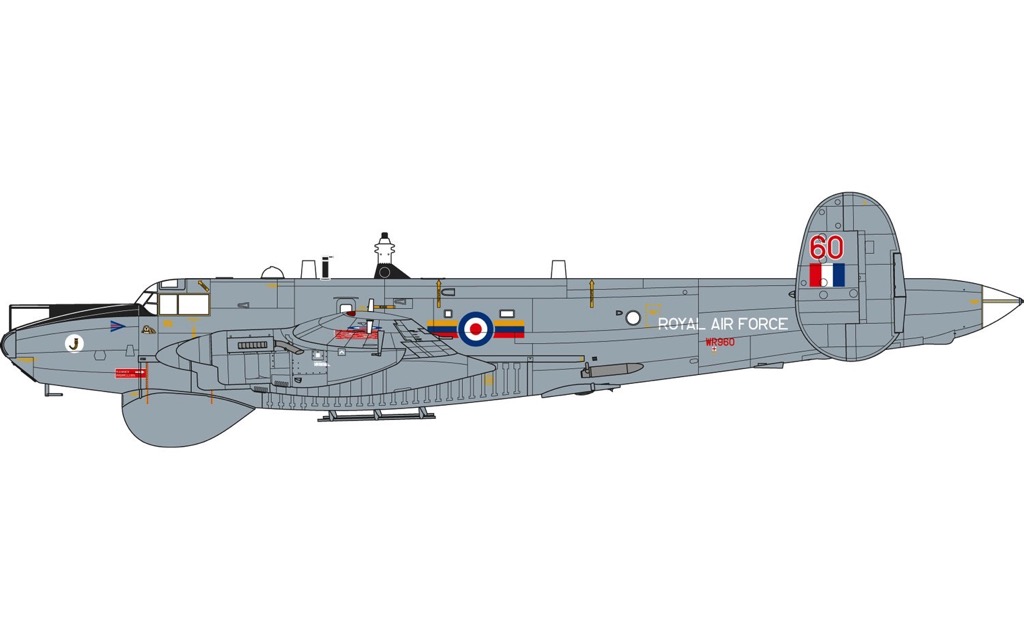 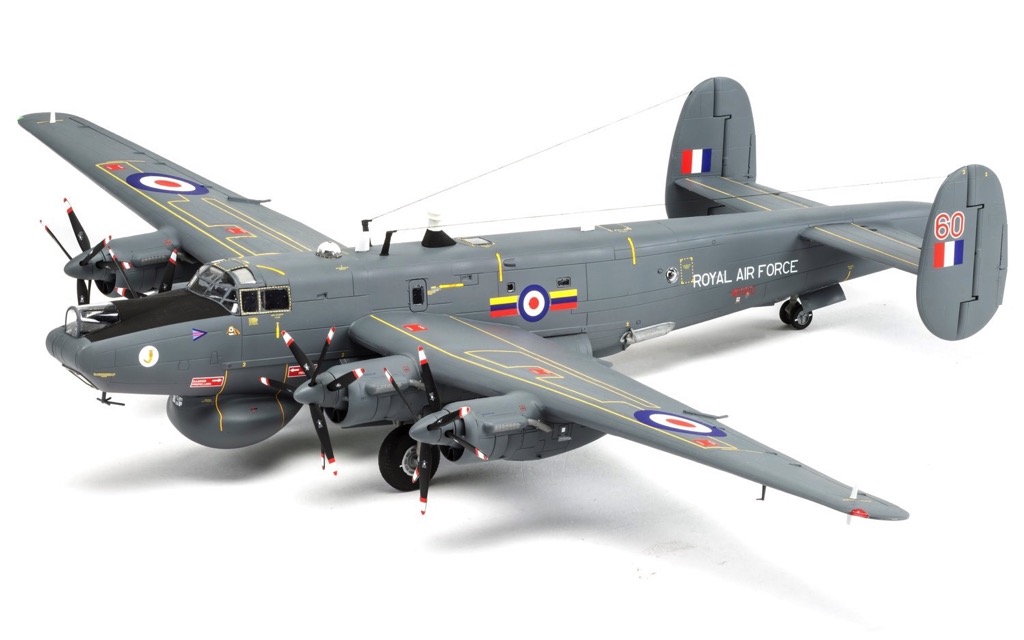 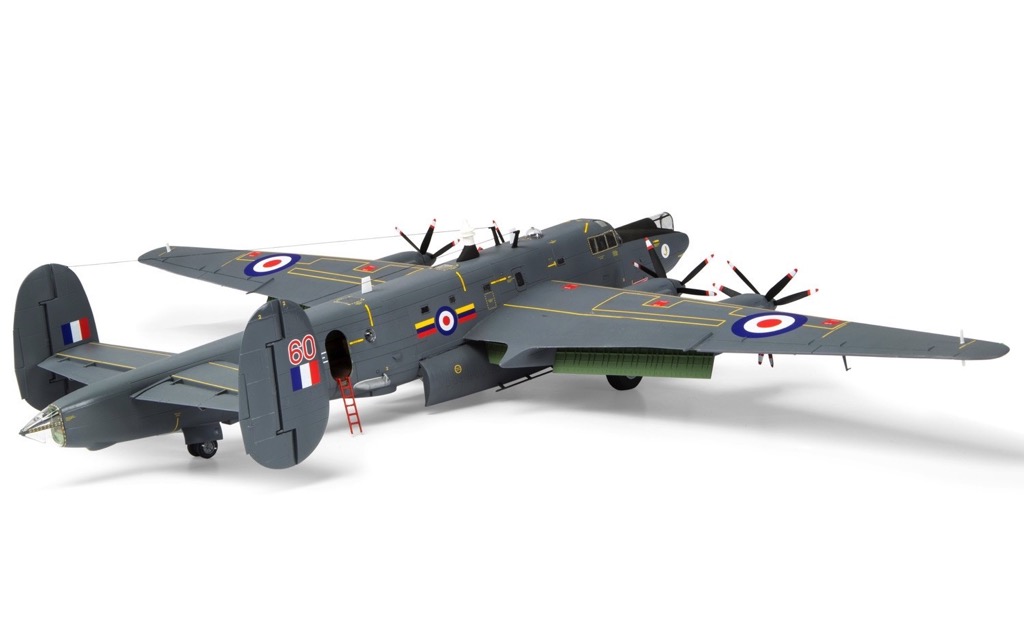 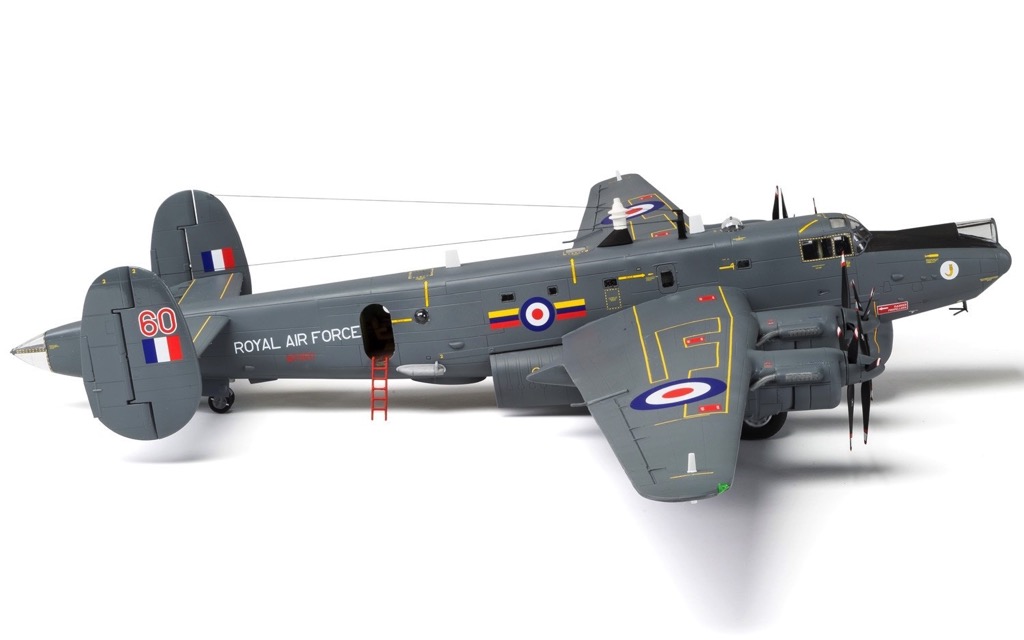 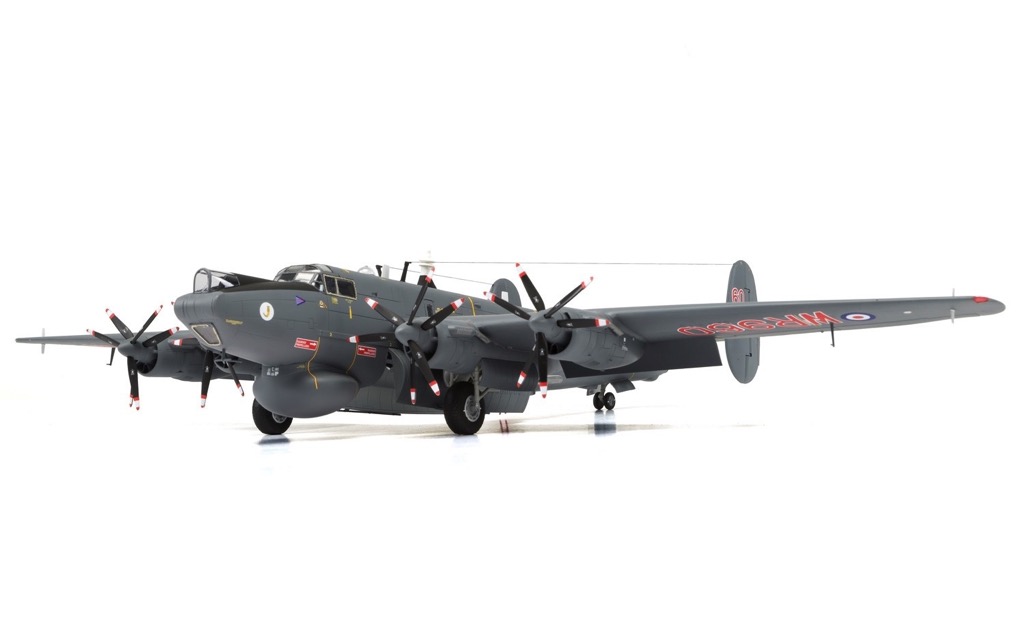 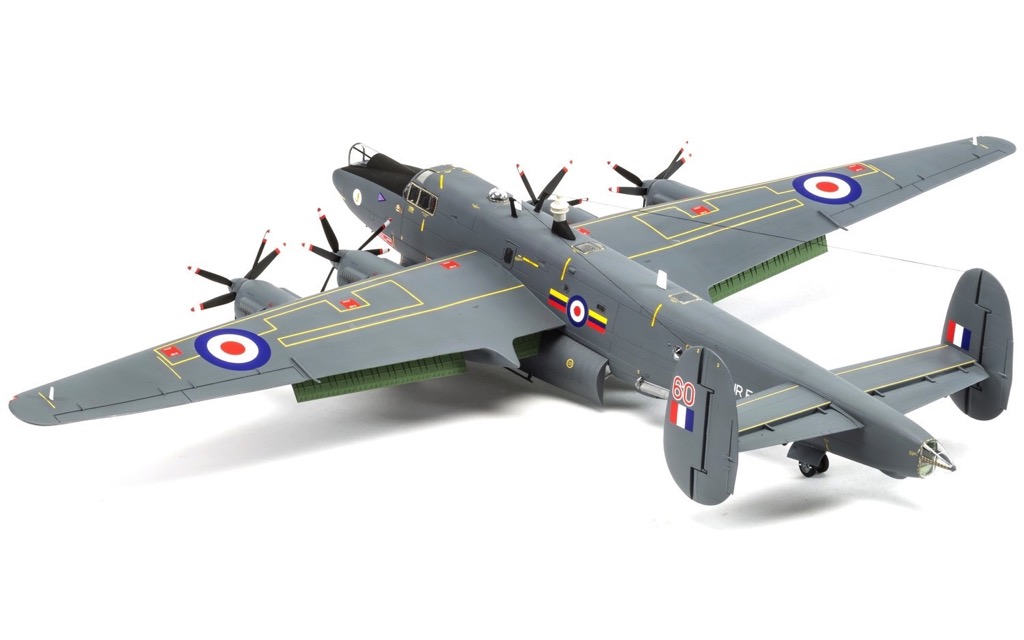 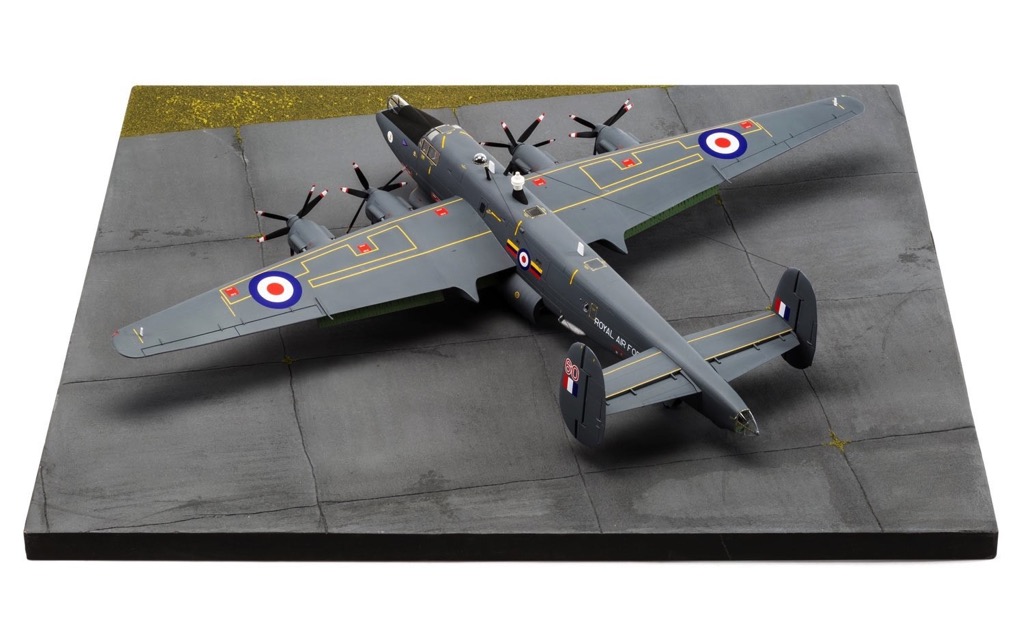 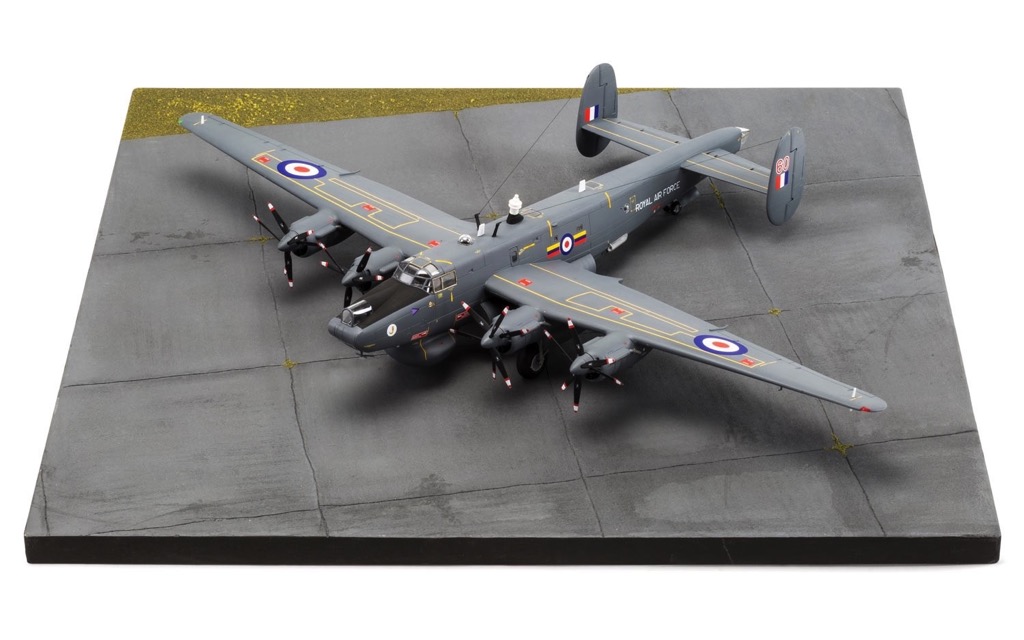 Markings for: With the ability to mount patrols for up to twelve hours, the Rolls-Royce Griffon powered Avro Shackleton AEW.2 provided Britain's airborne early warning protection for almost 19 years. Following the withdrawal of HMS Ark Royal and her compliment of Gannet AEW aircraft, the Gannet's radar units were simply removed and attached under the forward fuselage of the new AEW version of the Shackleton.

Tracing its lineage back to the famous Avro Lancaster bomber, the Shackleton was a long-range maritime patrol aircraft, which was used primarily on anti-submarine operations, but was also required to perform a number of other roles. Entering RAF service in 1951, the majority of Shackletons were powered by the mighty Rolls Royce Griffon engine and were the last aircraft in the illustrious line of four engined propeller powered bomber aircraft to see Royal Air Force service.

As the British government issued plans of their intention to scrap HMS Ark Royal, the navy were concerned that their ships would lose important airborne early warning capability, which was simply not an option. The solution was to put the radar units used on Ark Royal's Fairey Gannets into the airframe of the trusty Avro Shackletons and although these were obviously land based aircraft, the impressive endurance of the Shackleton would greatly enhance the effectiveness of the navy's airborne early warning capabilities.

Twelve Shackleton airframes were converted to AEW Mk.2 standard and operated in the colours of No.8 Squadron, originally at RAF Kinloss in early 1972. Following the completion of significant runway strengthening works at nearby RAF Lossiemouth, the Shackletons moved to Lossiemouth in August 1973, where they remained until the unit finally disbanded in 1991.