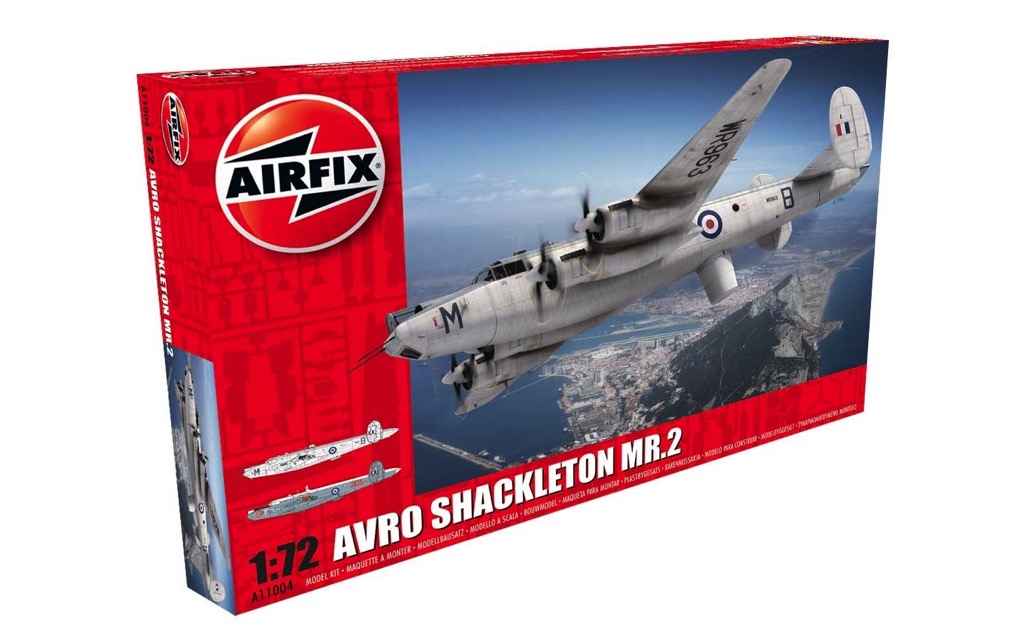 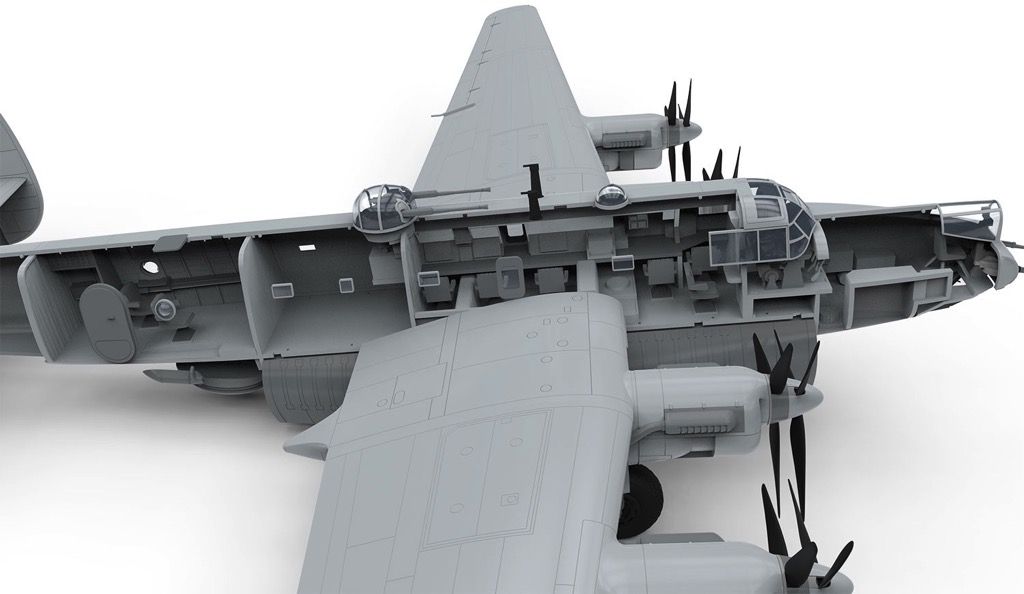 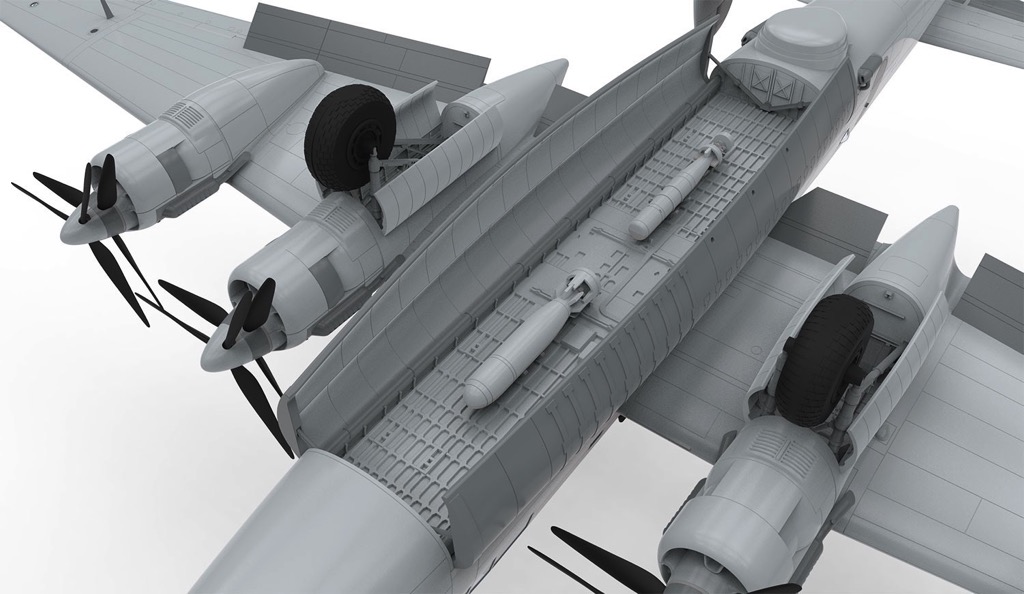 DISCONTINUED This product has been discontinued
and is no longer available.List price: $59.99
You pay: $46.99
(All prices in U.S. Dollars)

Includes markings for: Avro Shackleton MR.2 No.224 Sqn, Royal Air Force North Front, Gibraltar, Sept 1957 Avro Shackleton MR.2 No.204 Sqn, Tengah Air Base (formerly Royal Air Force Tengah), Singapore, January 1972 Developed from the Lincoln bomber and sharing with it the DNA of the famous Lancaster, the Avro Shackleton enjoyed a long career with the RAF, first as a maritime patrol aircraft and then as the RAF's primary AEW (Airborne Early Warning) aircraft. Powered by four Rolls Royce Griffin engines driving contra rotating propellers, the Shackleton was known to be a noisy machine, earning itself a host of nicknames but it still proved to be popular machine with its crews. Entering service in MR.1 guise in 1951, it was 1993 before the aircraft would finally leave frontline service.

The MR.2 Shackleton was introduced in 1953 and introduced a very different nose position to the MR.1, housing two 20mm cannons, with an additional two in a Dorset turret. Combined with its load of torpedoes or depth chargers the Shackleton in this guise was relatively heavily armed for a maritime patrol aircraft. Other uses for the 'Growler' was as a colonial policing machine (replacing the Lincoln in this role) as well as monitoring the oceans for drug and arms smugglers, enforcing UN embargos and Air Sea Rescue Work; a role the aircraft performed admirably throughout its service. Although the AEW.2 version remained in service until 1991, the MR.2 was phased out in favour of the Nimrod in the 1970s.