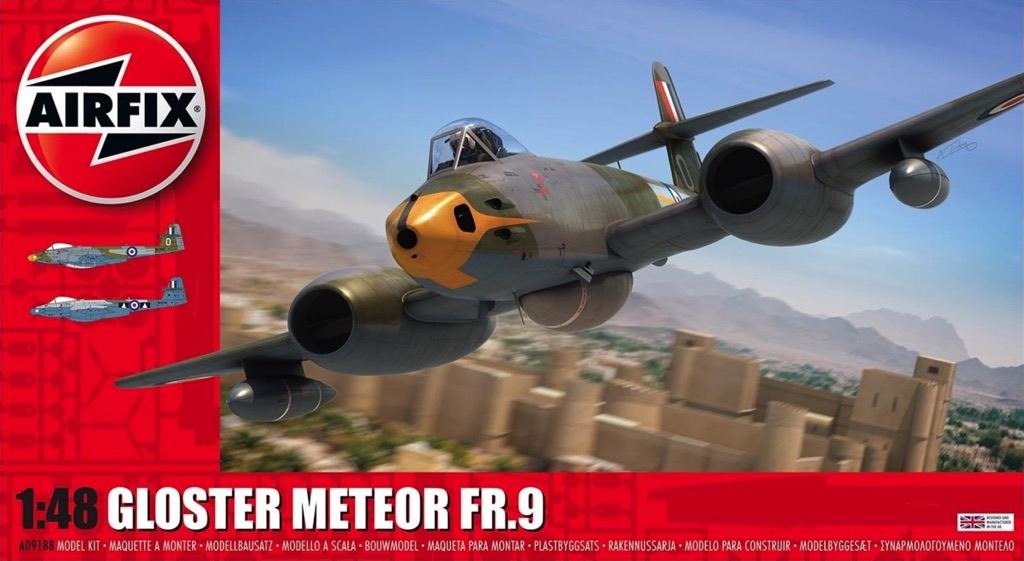 As the armed reconnaissance version of Britain's first operational jet fighter, the Gloster Meteor FR.9 was based on the F.8 fighter version of the aircraft and replaced Spitfires and Mosquitos in this role. The extended nose housed a Williamson F.24 camera, which could be positioned to fire either forward, port of starboard facing. Its range was extended significantly by the addition of external wing and ventral fuel tanks.