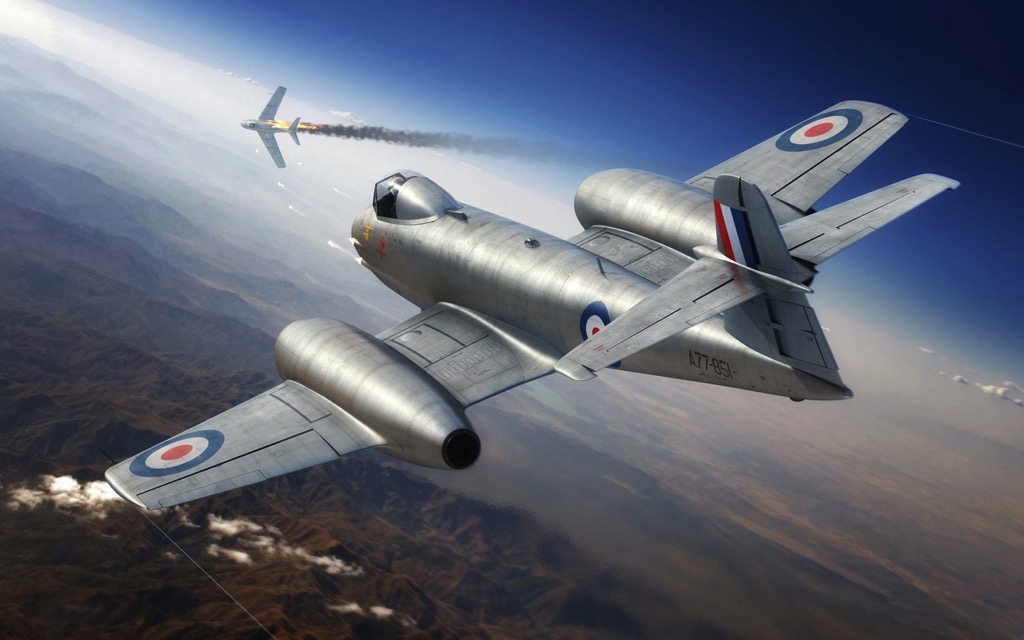 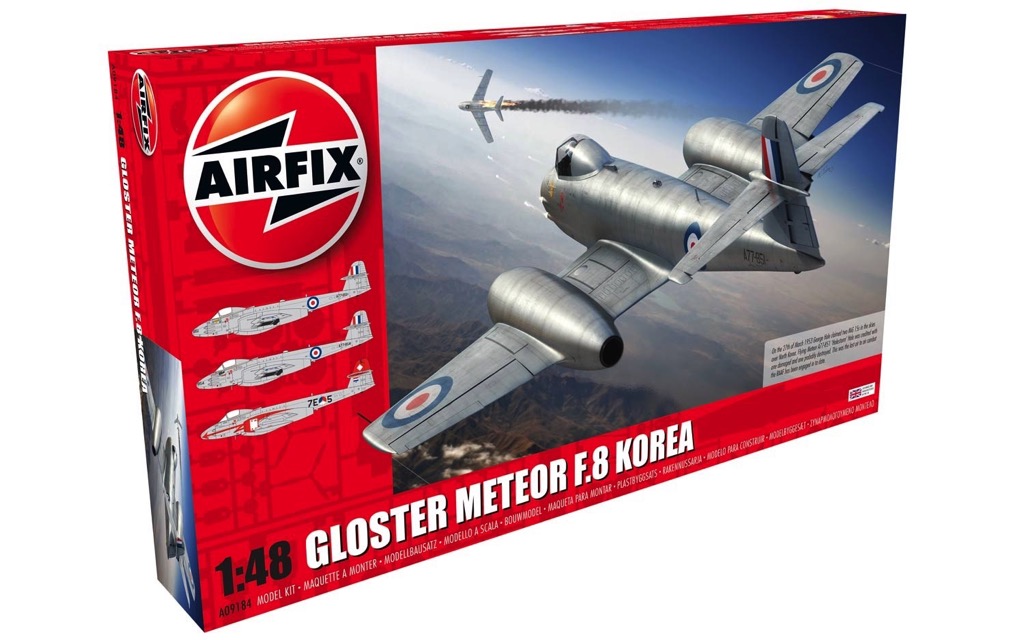 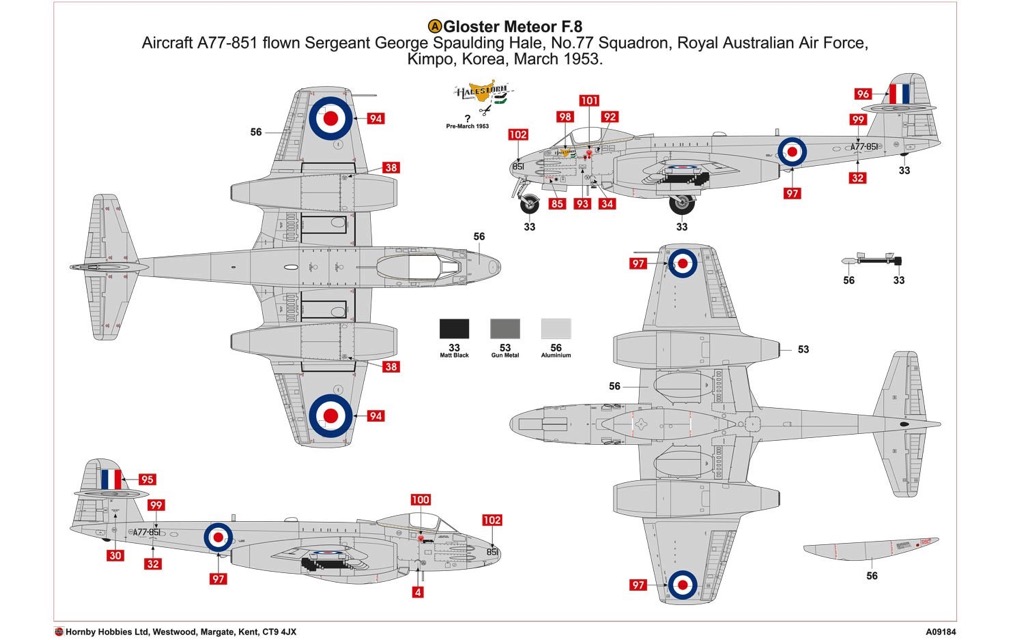 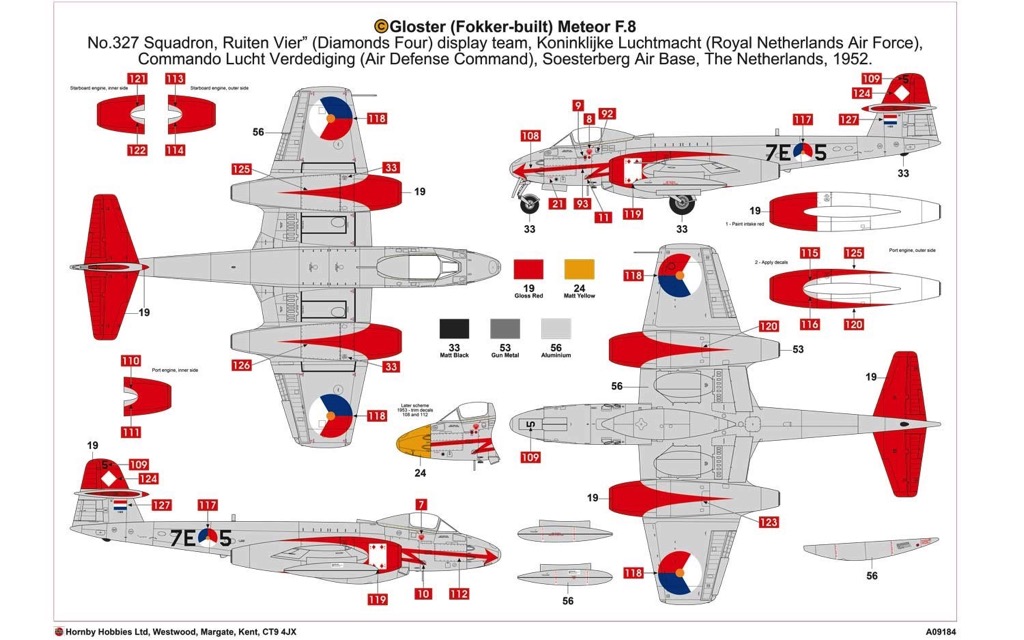 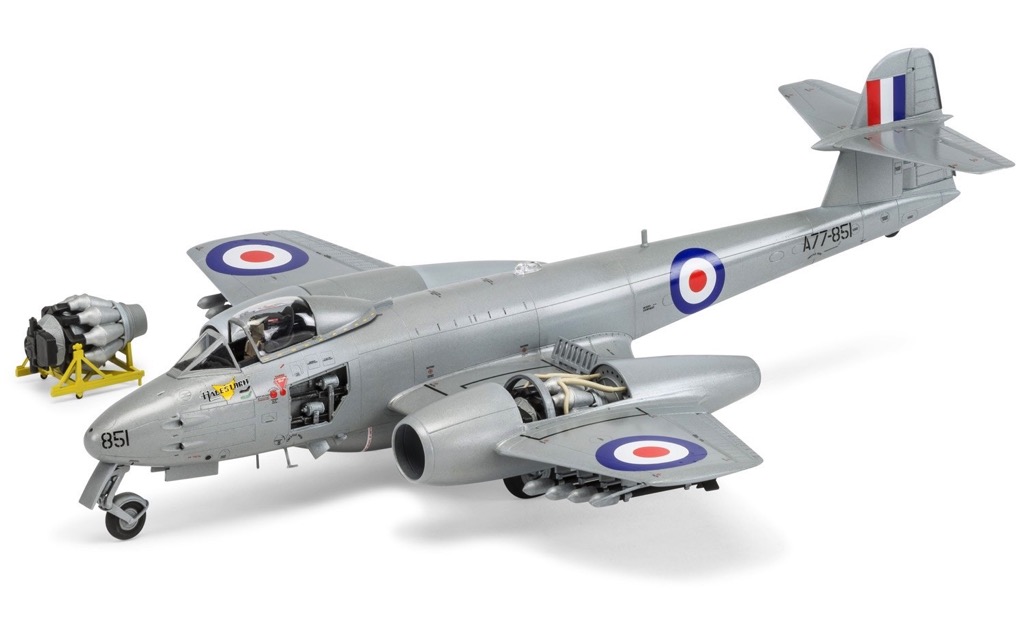 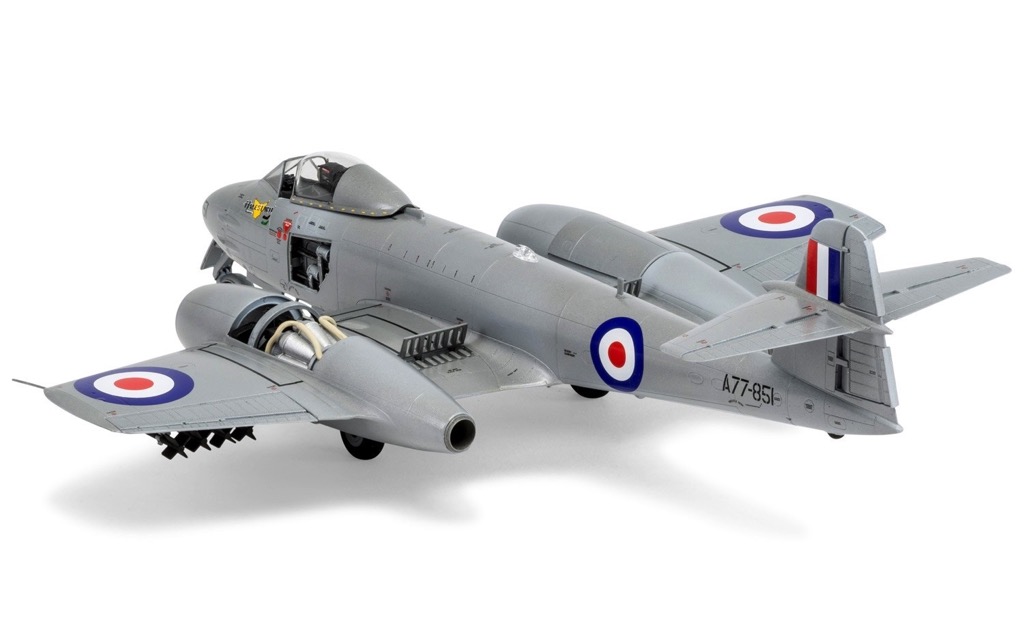 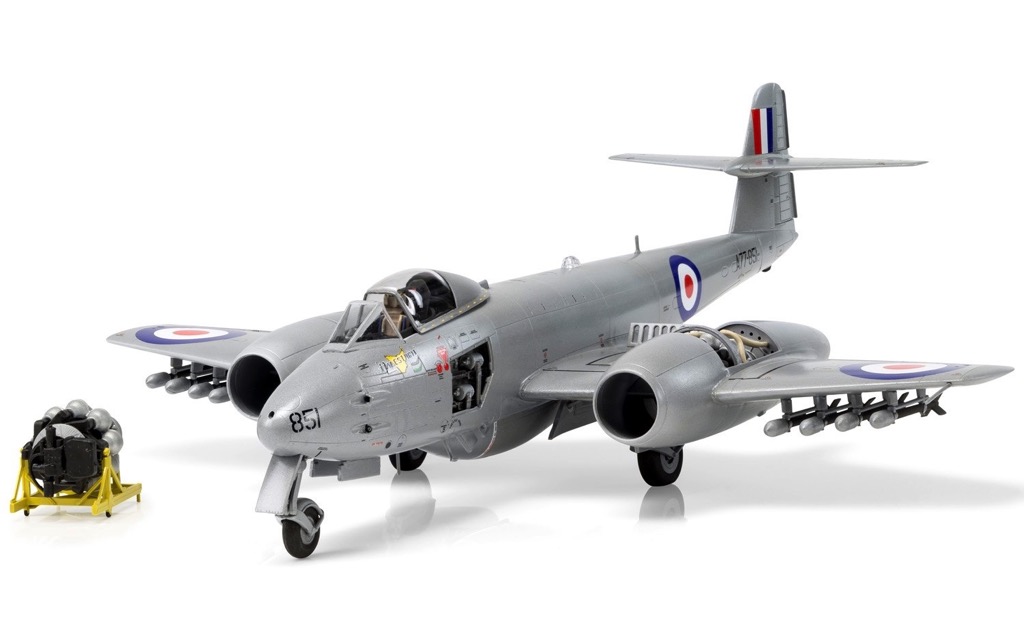 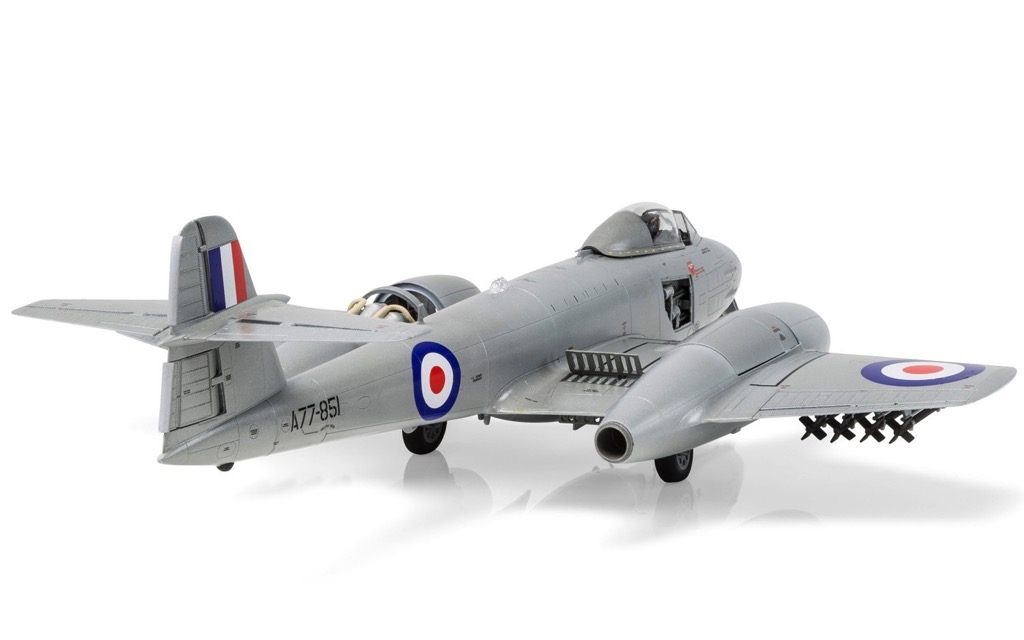 The Gloster Meteor F.8 was a greatly improved version of Britain's first operational jet fighter and arguably the definitive version of this classic aircraft. Seeing extensive service during the Korean War with No.77 Squadron of Royal Australian Air Force, the Meteor would be engaged in combat with the new Soviet produced MiG 15 jet fighter, which proved to be an extremely capable adversary.

The Gloster Meteor maintains a significant position in the history of the Royal Air Force, as it became Britain's first operational jet aircraft. Not willing to risk this technology falling into the hands of the Germans, initial operations were confined to UK airspace, particularly in combatting the V-1 Doodlebug threat. Indeed, once Meteors were deployed to Europe in the latter stages of WWII, they were still forbidden to engage in combat with the Messerschmitt Me 262, so we will never know how these significant aircraft would have performed against each other.

In operation, the Meteor proved to be a delightful aircraft to fly and enabled pilots to make a relatively easy transition from piston engined aircraft to jet powered flight. Unlike the Messerschmitt Me 262, the Meteor also proved to be almost as reliable as the Spitfires and Tempests it was intended to replace and was even capable of being operated from relatively basic grass airstrips. Continually developed throughout its service life, the Gloster Meteor would remain in RAF service for many years, with a handful of target towing aircraft still operating in the 1980s.