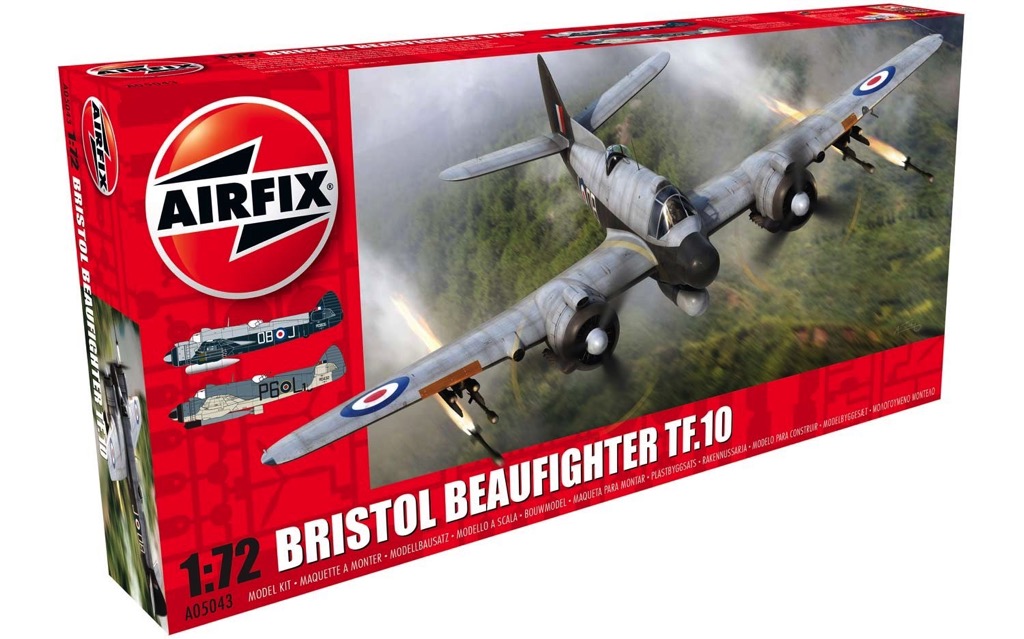 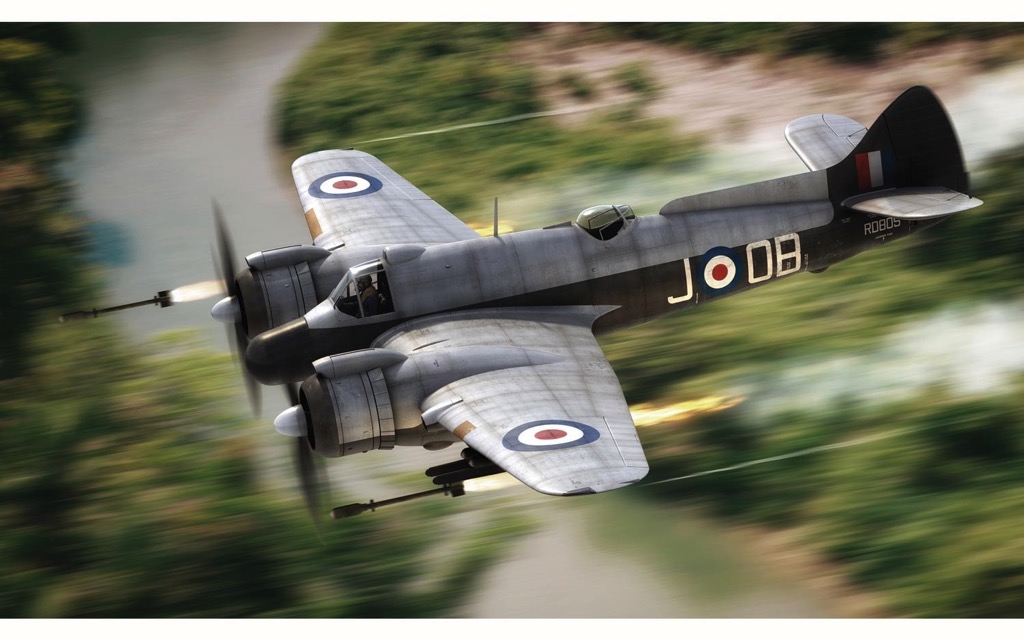 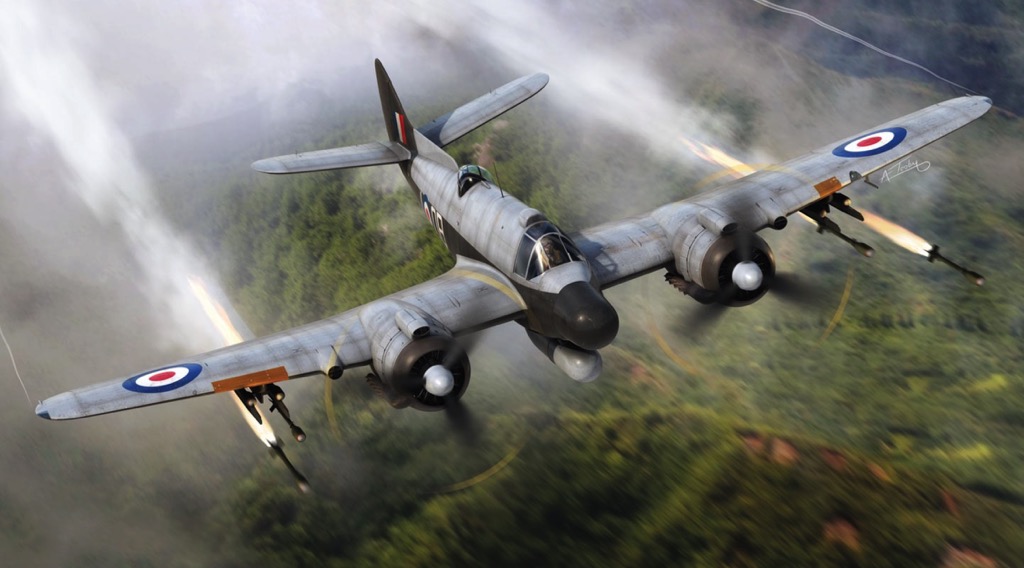 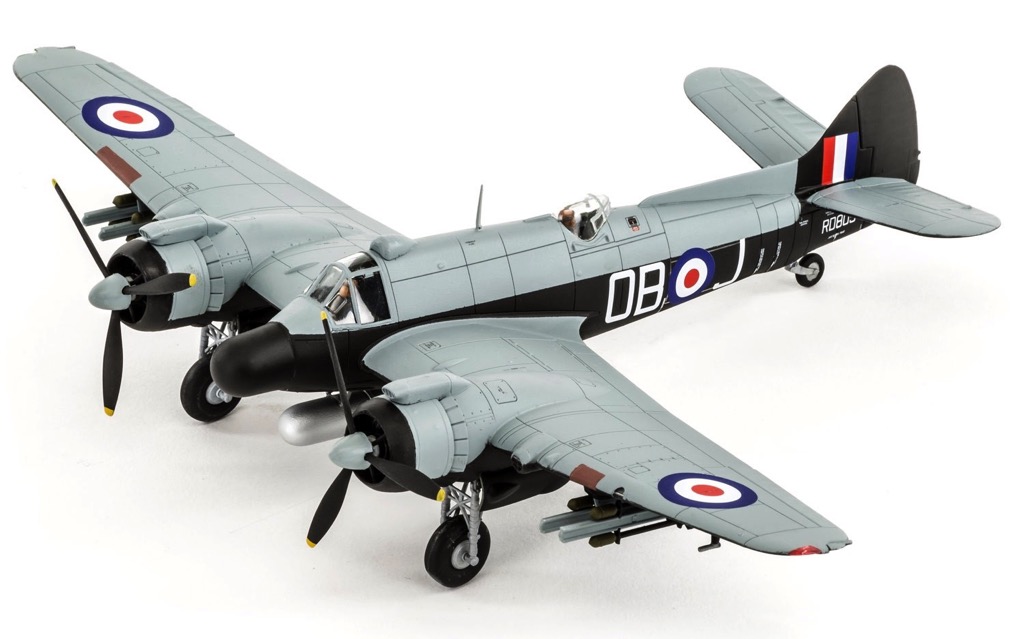 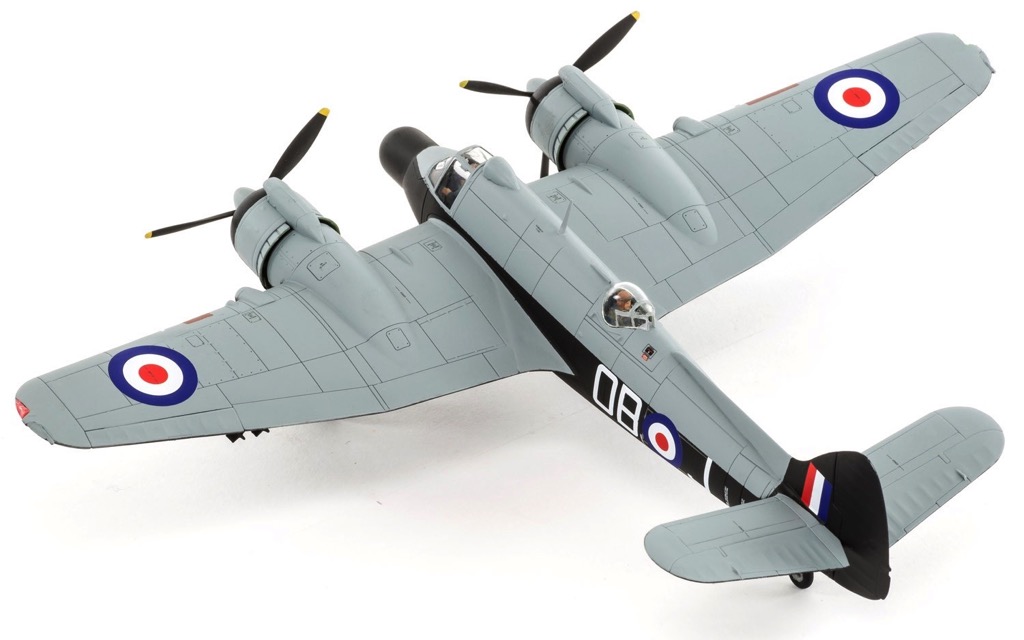 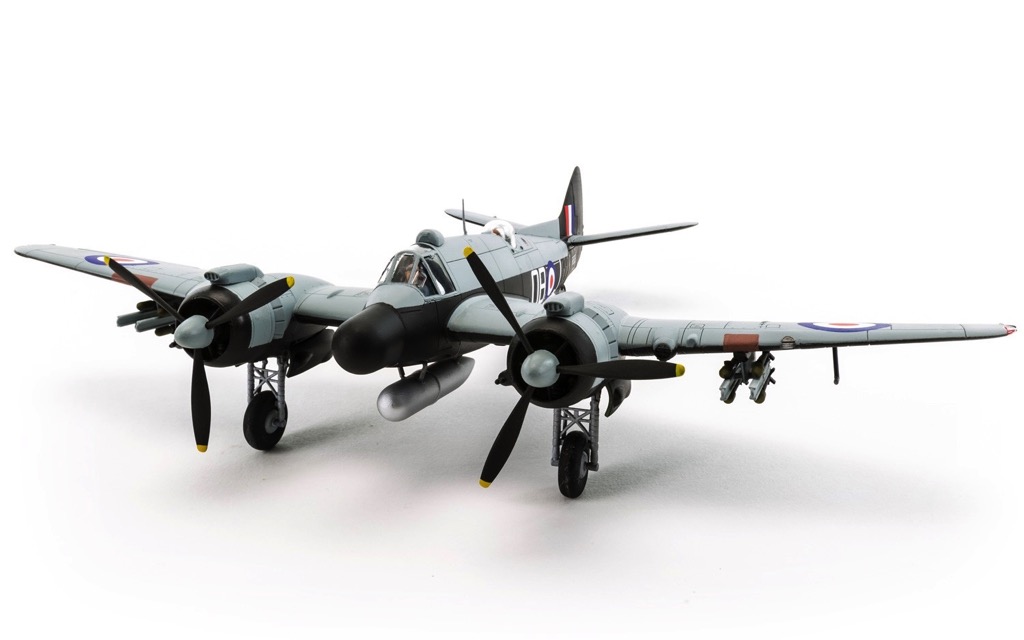 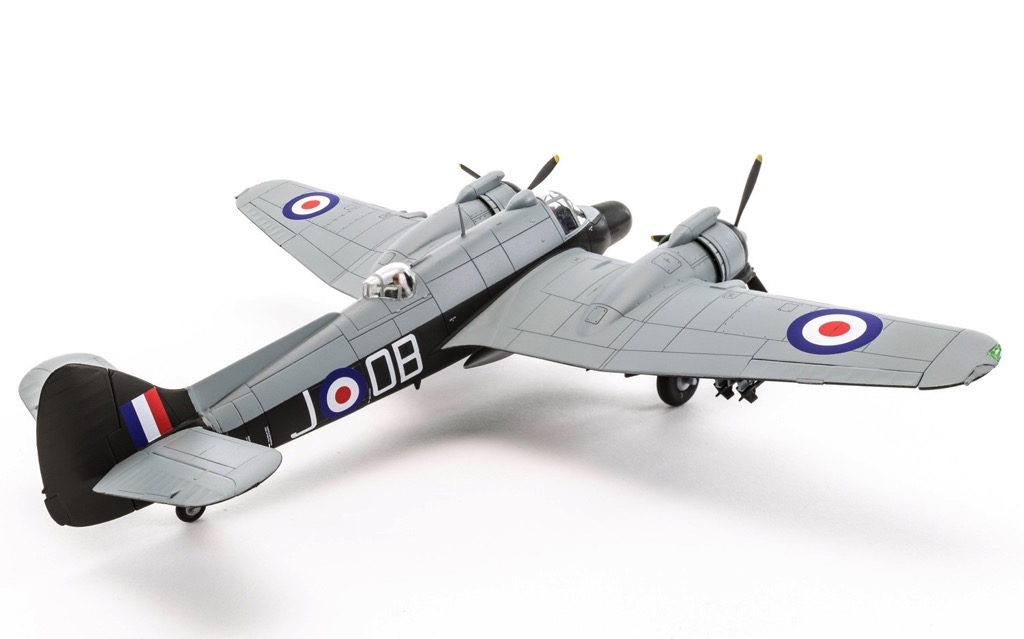 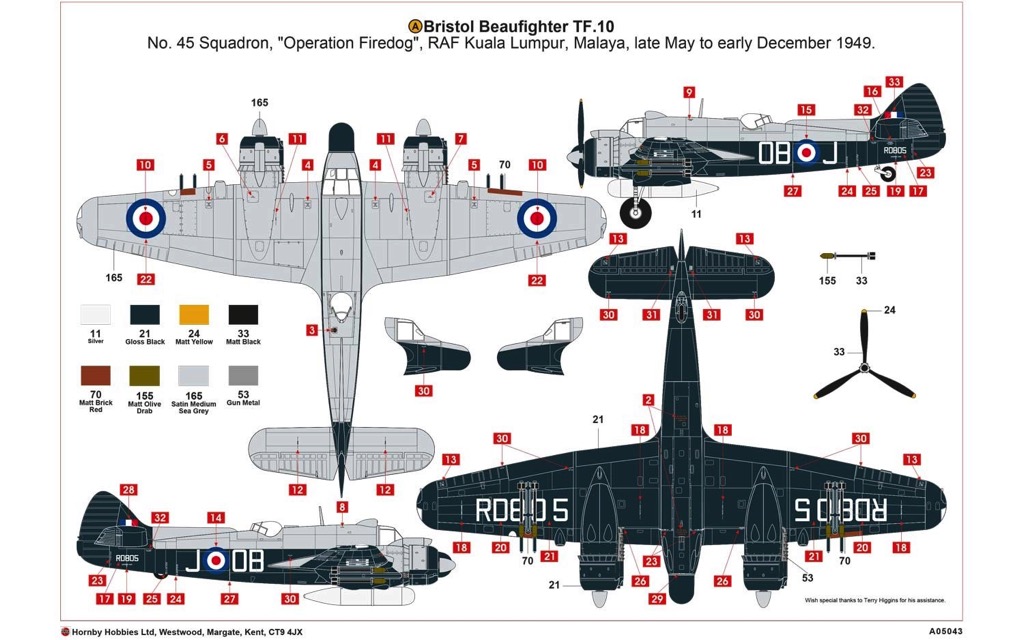 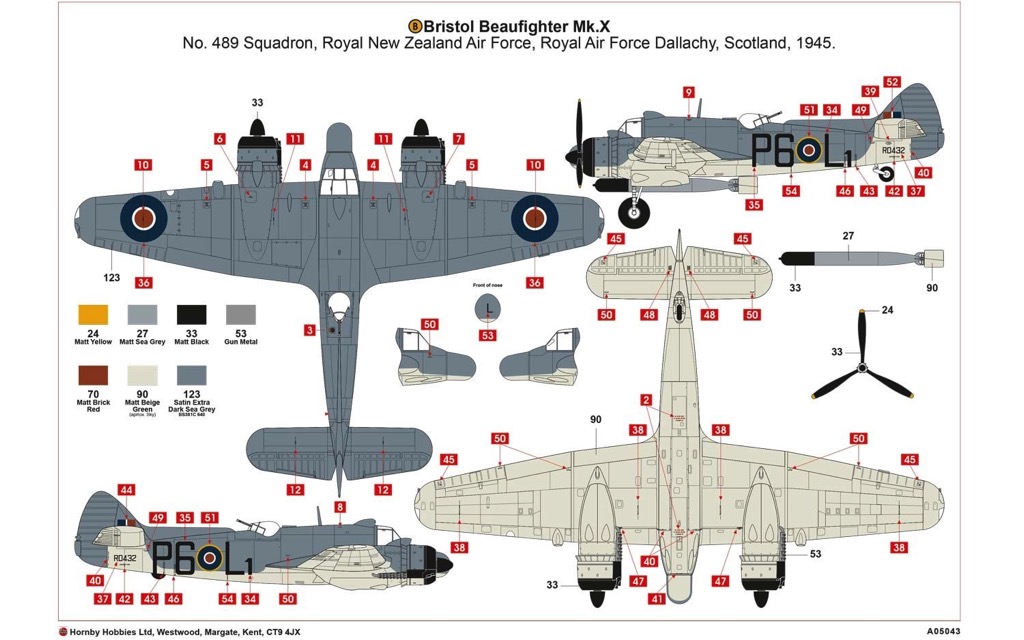 Originally entering RAF service as a heavy fighter/night fighter in August 1940, the Bristol Beaufighter proved to be an extremely versatile aircraft. Perhaps best known as a Coastal Command strike aircraft, Beaufighters were capable of launching savage attacks against all manner of Axis shipping targets.

Although still a Mk. X version of the Bristol Beaufighter, the later production aircraft of this series included a number of improvements and alterations which gave the aircraft a very different appearance. The most distinctive of these was the addition of a large dorsal fin fillet, which greatly increased the directional stability of the aircraft. There was also a 'thimble' nose A.1 Mk.VIII radar, which gave the aircraft much enhanced target acquisition capabilities.

Other improvements associated with the later Mk.X version of the Beaufighter included new rocket rails, which carried the projectiles in two banks of two, one rocket above the other and increased the accuracy of rocket attacks. There was also an additional 200-gallon drop tank, a new tail wheel suspension system and large spinners on the propeller hubs. A re-positioning of the gun camera to a new position high on the fuselage, just behind the cockpit canopy was the final improvement which visually altered the appearance of the late mark Beaufighter X strike aircraft.