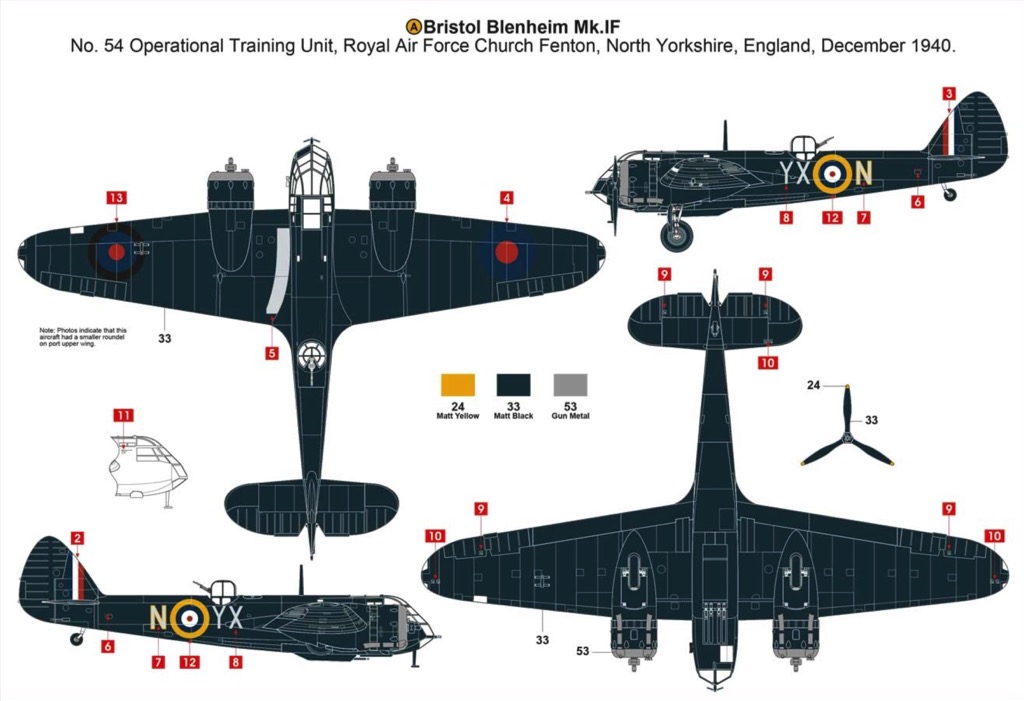 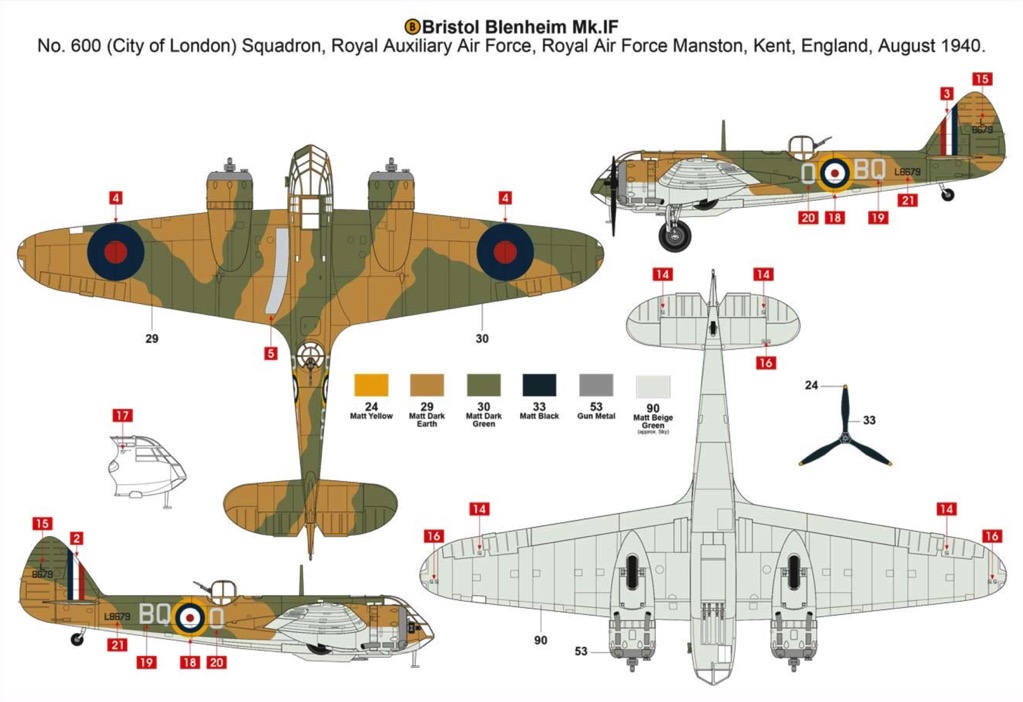 The Bristol Blenheim was originally conceived as a privately funded high-speed civilian aircraft, intended to wrestle the record for the fastest civilian aircraft in Europe away from the Germans. It achieved this with ease and immediately attracted the attention of the RAF - at the outbreak of WWII, the Blenheim was available in more numbers than any other RAF aircraft.

Before the outbreak of WWII, the RAF were in need of a long range, heavy fighter and to fulfill this role, some 200 Blenheim Mk.I medium bombers were converted to 'F - Fighter' standard. The main differences included the addition of a ventral gun pack of four .303 in machine guns attached under the belly of the aircraft and airborne interceptor radar equipment for night fighter variants. Most aircraft were quickly relegated to night fighter duties, following the heavy losses suffered by aircraft used in daytime fighter operations.