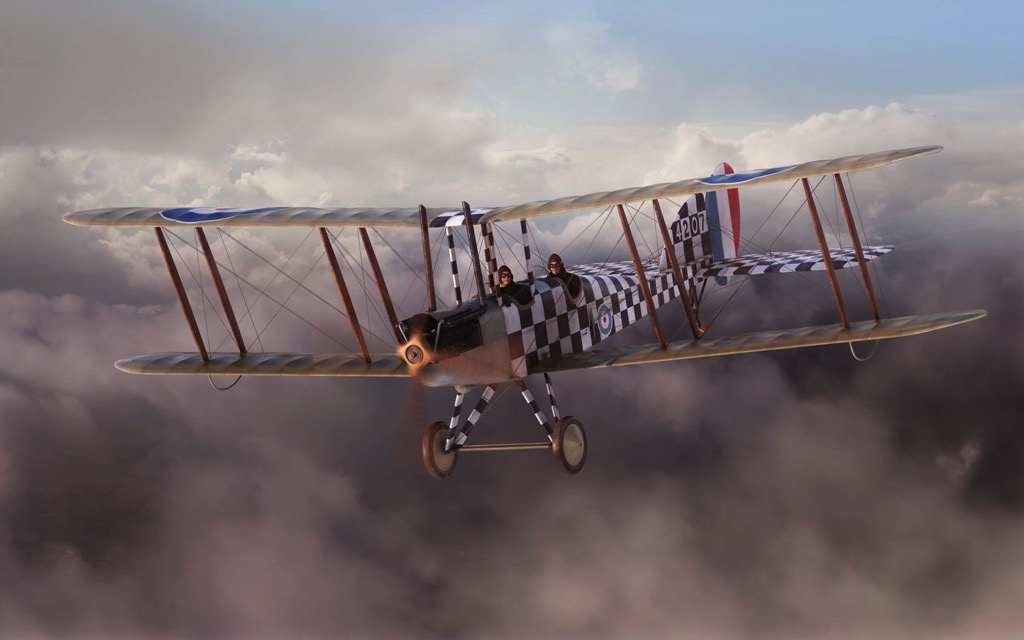 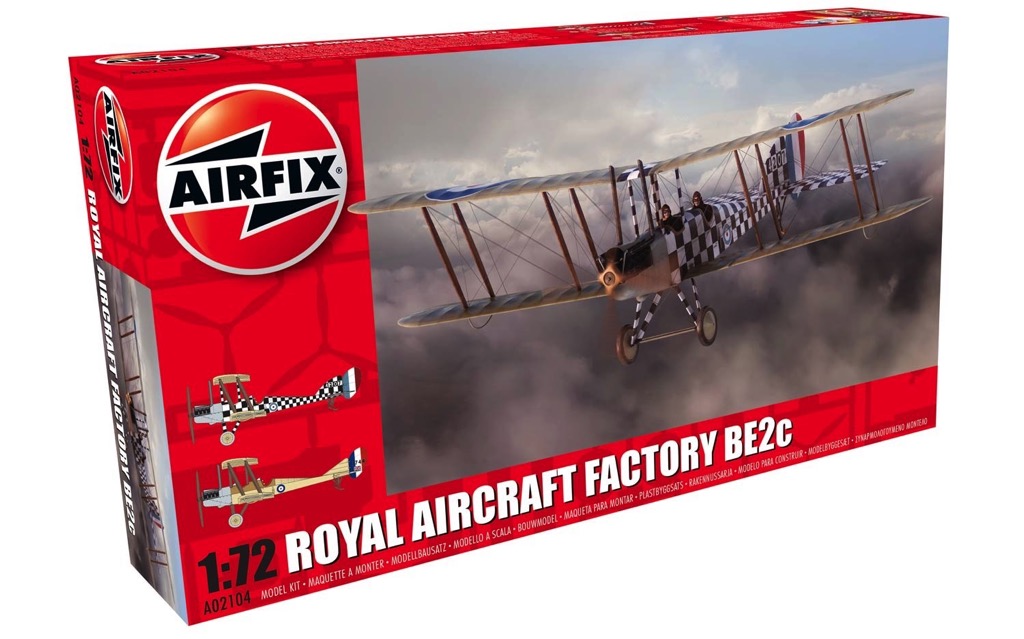 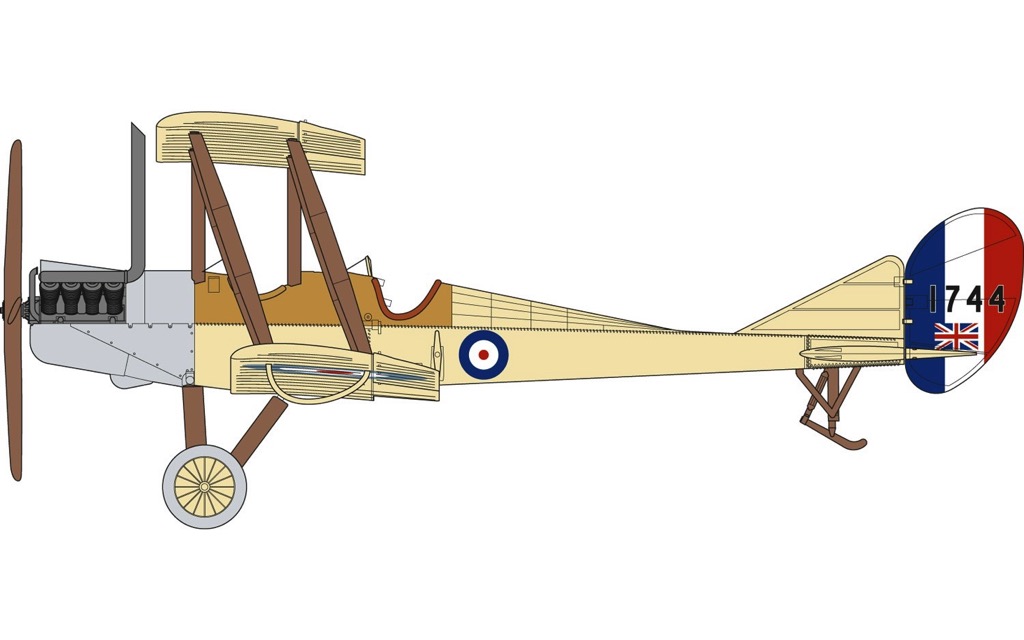 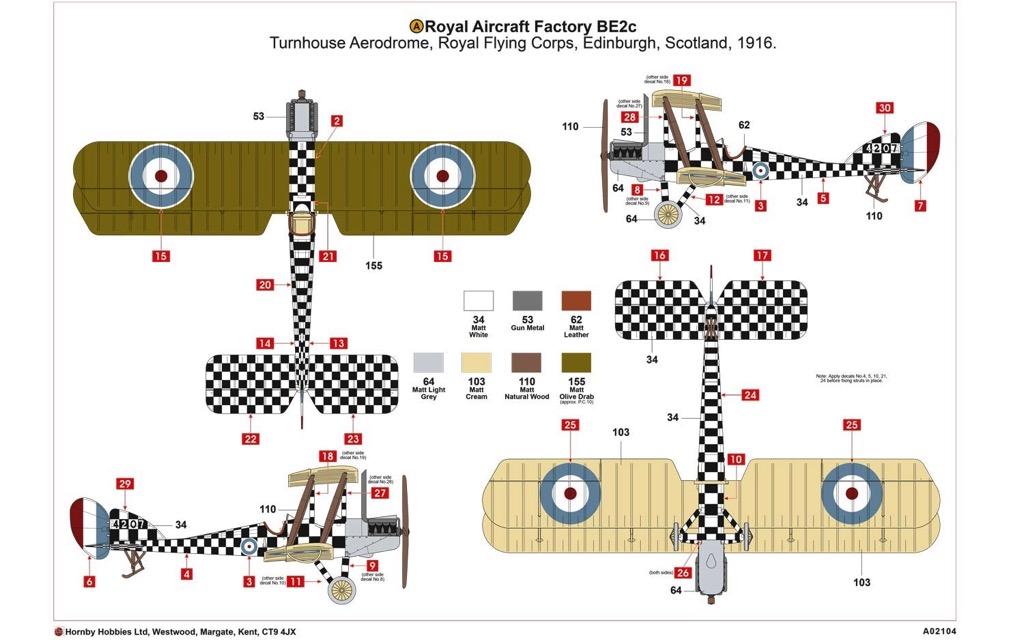 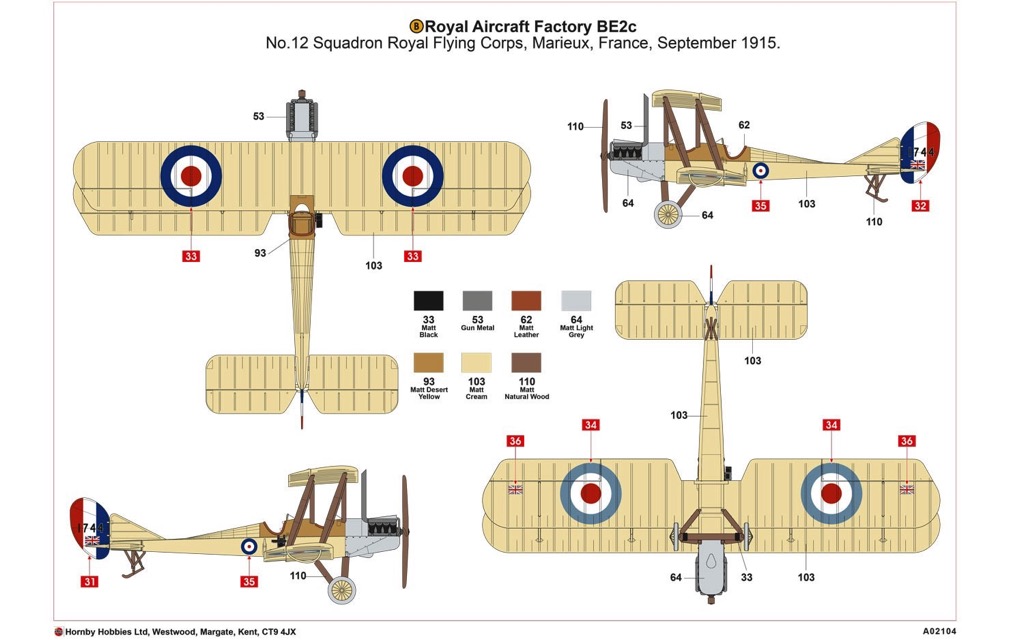 Includes markings for: Turnhouse Aerodrome, RFC, Edinburgh Scotland, 1916 No.12 Sqdn RFC, Marieux France, Sept 1915 Designed specifically to allow aircrews to effectively secure vital reconnaissance imagery from above the battlefields of the Western Front, the Royal Aircraft Factory BE2c Scout was an aircraft with very few vices. Easy to fly and extremely stable in the air, the aircraft allowed Allied military planners to obtain clear and detailed photographs of enemy positions and troop concentrations.

Military planners were quick to see the potential of the aeroplane in providing them with the latest information from above the trenches on the Western Front. Observation balloons had provided the impetus, but quickly proved unsuitable for a number of reasons. The aeroplane, however, allowed reconnaissance aircrews the ability to observe any area of strategic interest and bring back the very latest intelligence information.

Designed specifically to allow aircrews to commit their full attention to their reconnaissance duties, the Royal Aircraft Factory proved to be an exceptionally stable aeroplane, with an extremely low accident rate and ideally suited to the role of observation scout. As aerial warfare developed over the Western Front, the attributes that made the BE2c such an able reconnaissance platform were to also make it easy pickings for the latest German fighters.