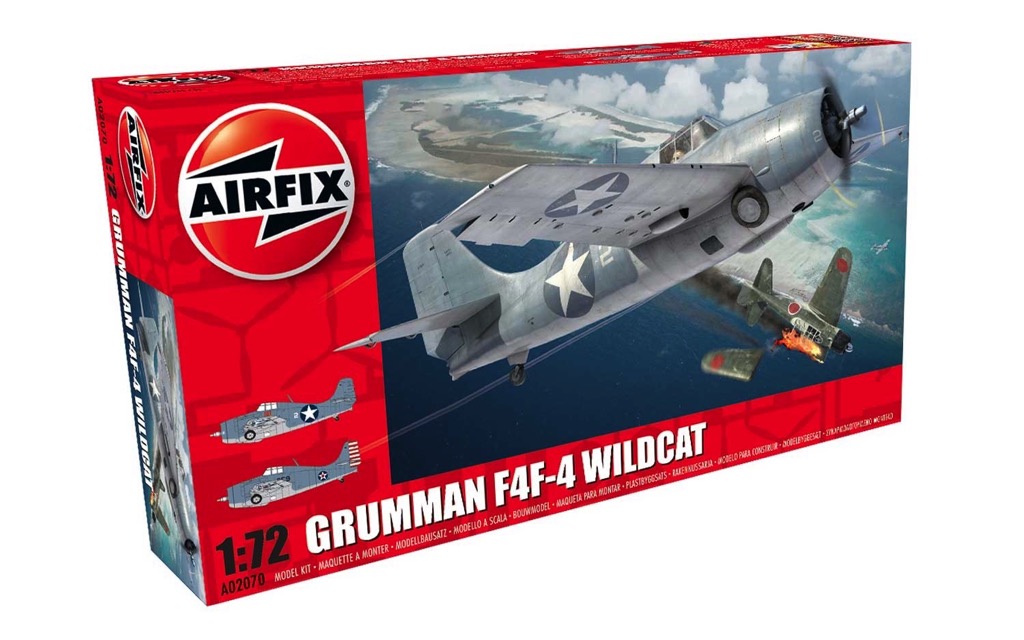 The F4F Wildcat was the US Navy's primary carrier borne fighter aircraft at the start of the Second World War. Characterised by its stubby appearance the Wildcat had been developed from Grumman's successful range of pre-war biplanes and had entered service with the US Navy a year prior to the Japanese attack on Pearl Harbor. By the time of the crucial battles from Midway and Guadalcanal the F4F-4 model had become the most numerous variant and new tactics enabled American naval and marine pilots to gain the upper hand on the previously all-conquering Mitsubishi Zero.