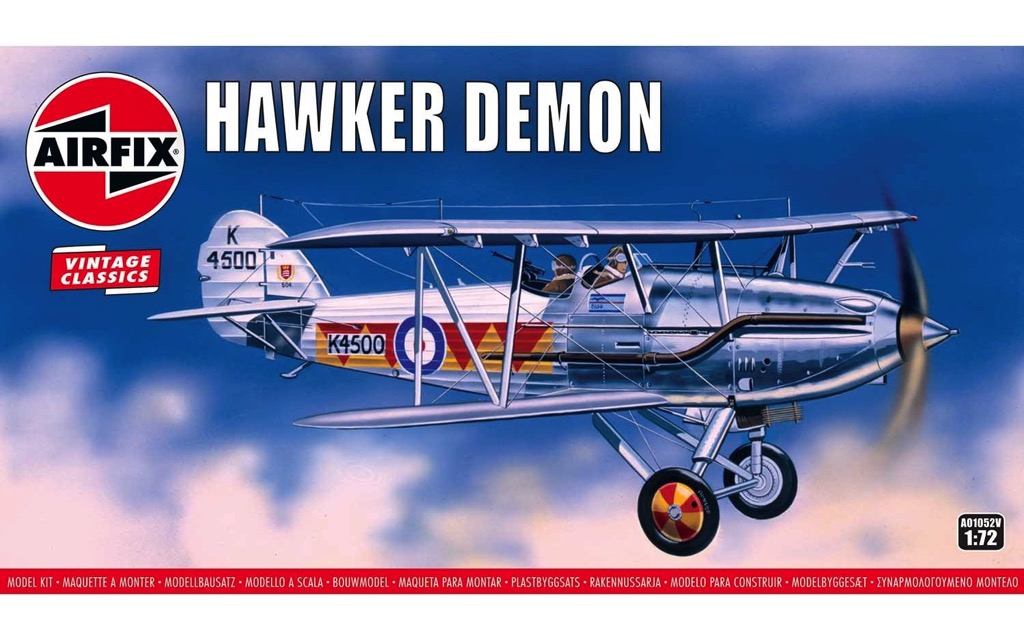 The period between the First and Second World Wars was something of a golden era for British aviation and saw the introduction of some of the most attractive aircraft to see RAF service. With their gleaming silver fuselages and bright squadron markings, many of these aircraft also represented the absolute pinnacle of biplane aviation technology. The introduction of the Hawker Hart light bomber proved to be something of an embarrassment for the RAF, as it was faster than the current fighter aircraft in service. The answer to this problem was simple, ask Hawker Aviation to build a fighter version of their Hart. Powered by the mighty Rolls Royce Kestrel engine, the new two seat 'Hart Fighter' proved to be a great success and even though it was quickly renamed Demon to differentiate between the two aircraft, just over 300 of these elegant fighters would eventually be produced. Unfortunately, this golden era for biplanes occurred just as the first monoplane designs were being developed and their reign would prove to be a short, if glorious one. Just as the Demon had been introduced to combat a new breed of fast biplane bombers, so the performance of the new Bristol Blenheim would render it obsolete as a fighter almost overnight.