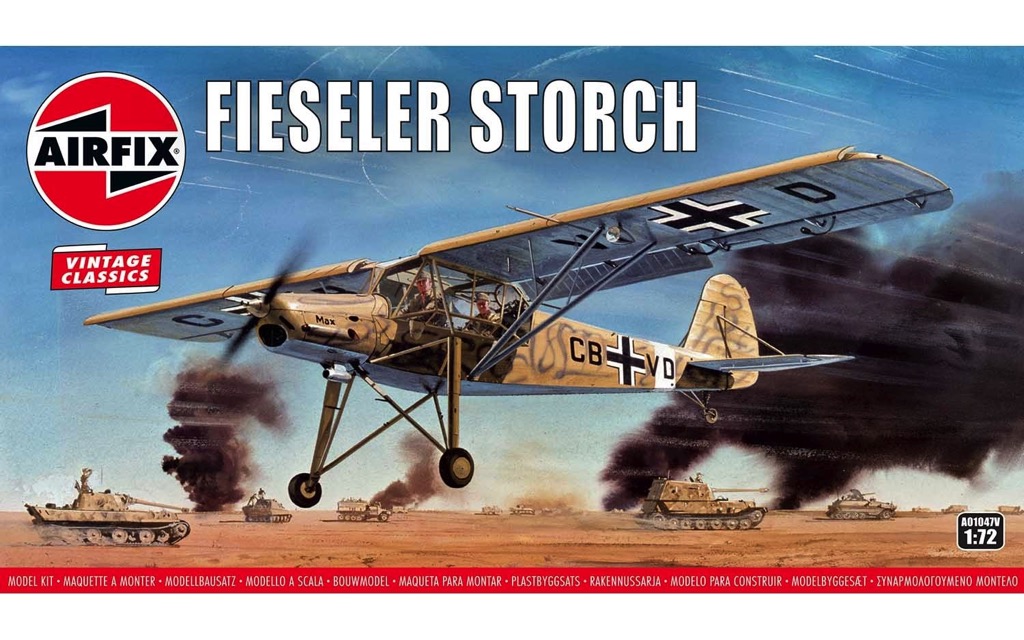 One of the great Luftwaffe aircraft of the Second World War, the ungainly looking Fieseler Storch may not have commanded the same respect as the fast and agile Messerschmitt Bf 109 fighter, yet its low speed handling and short field performance was without equal. Entering Luftwaffe service in 1937, the Storch performed the vital roles of Army cooperation, liaison and reconnaissance, meaning the aircraft was never too far away from the front lines and didn't always need to be flown there. Designed to allow the high mounted wings to fold back in a similar manner to how aircraft are stored on ships, the Storch could either be loaded on a train, or simply towed behind a suitable vehicle, as they headed towards the action.

The high wing and unobstructed cockpit meant that the pilot and his observer had an unrivalled view of the battlefield situation below and the aircraft's low speed made it extremely difficult for opposition fighters to shoot it down. Used extensively by Rommel during the ebb and flow of the North African Campaign, the Storch had an incredible stall speed of just 31mph and if flying in to a headwind with wing slats and flaps deployed, it almost had the ability to hover. Perhaps the most famous use of a Storch was when one was used to rescue a surrounded Benito Mussolini from a remote, rocky mountain top, landing in less than 100 feet and taking off again in only a slightly longer distance, the only fixed wing aircraft capable of doing so.