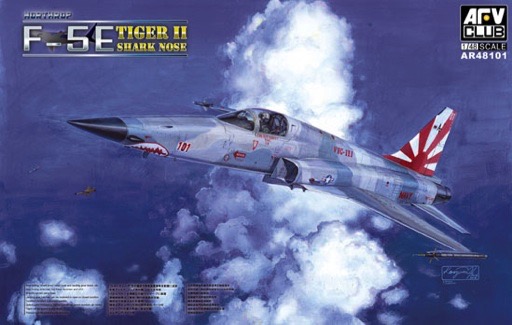 DISCONTINUED This product has been discontinued
and is no longer available.List price: $59.99
You pay: $41.29
(All prices in U.S. Dollars)

Product Descriptions:
The Northrop F-5A/B Freedom Fighter and F-5E/F Tiger II are part of a family of widely used light supersonic fighter aircraft, designed and built by Northrop in the United States, beginning in 1960s. Hundreds remain in service in air forces around the world in the early 21st Century, and the type has also been the basis for a number of other aircraft. A reconnaissance version, the RF-5E Tigereye with a sensor package in the nose displacing the radar and one cannon.