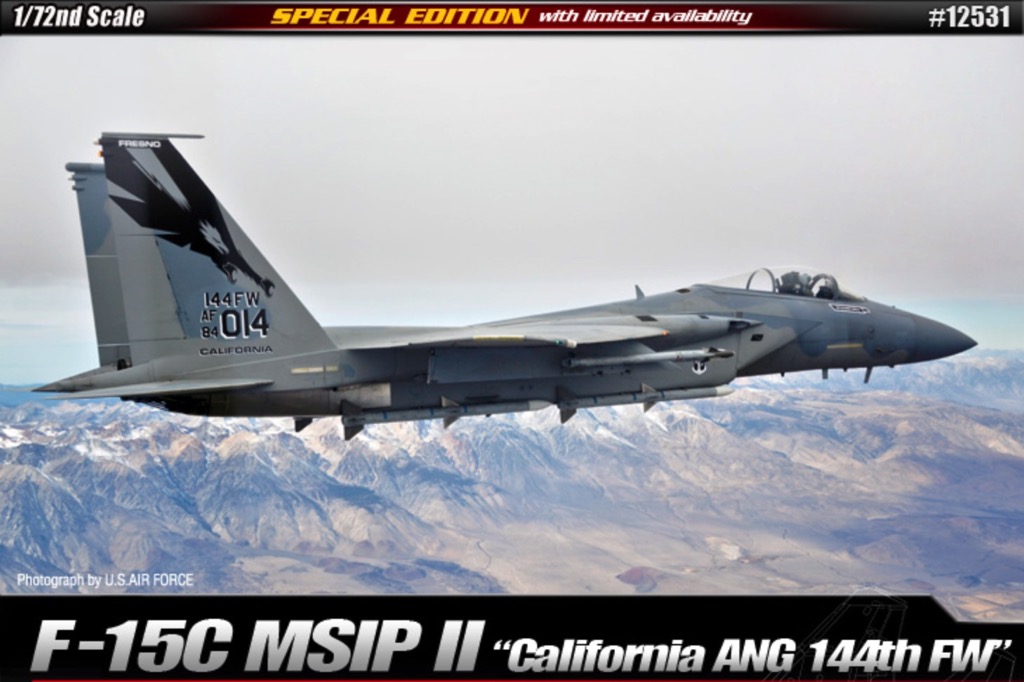 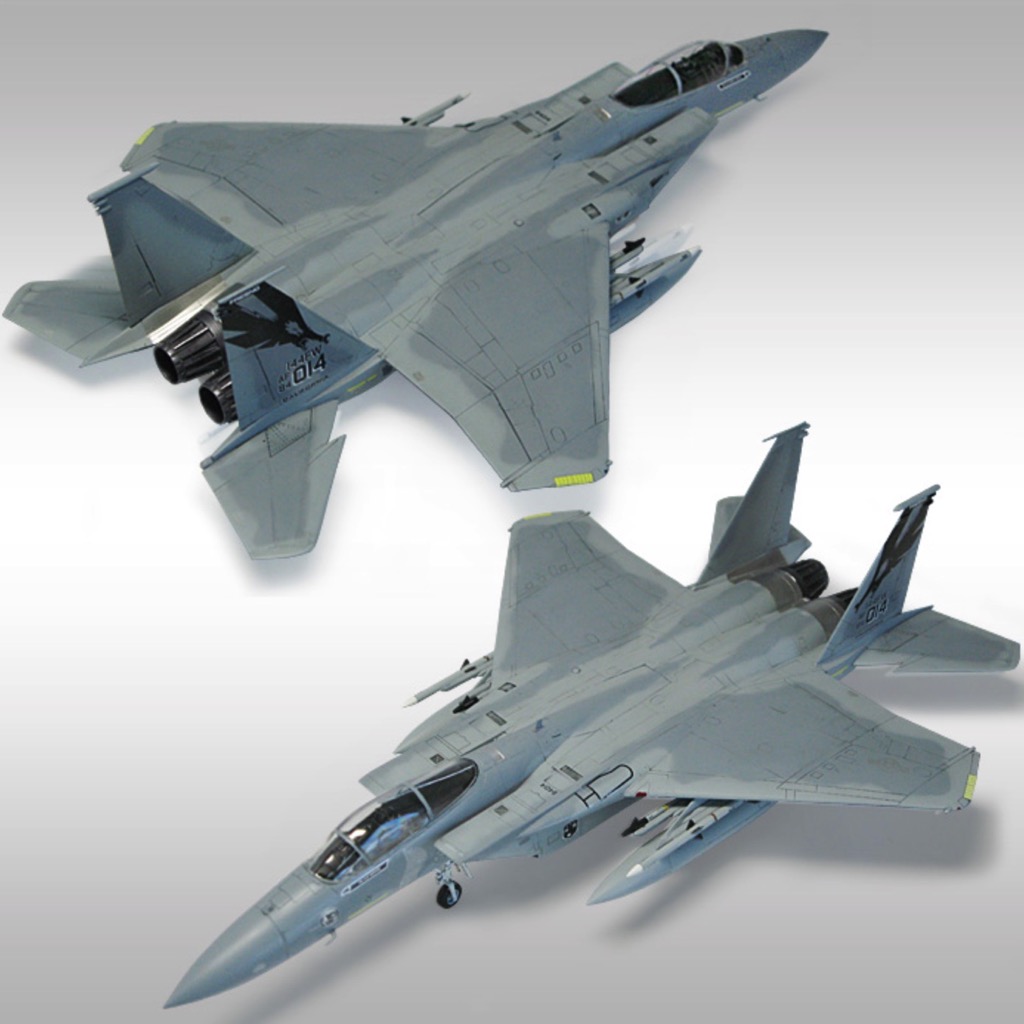 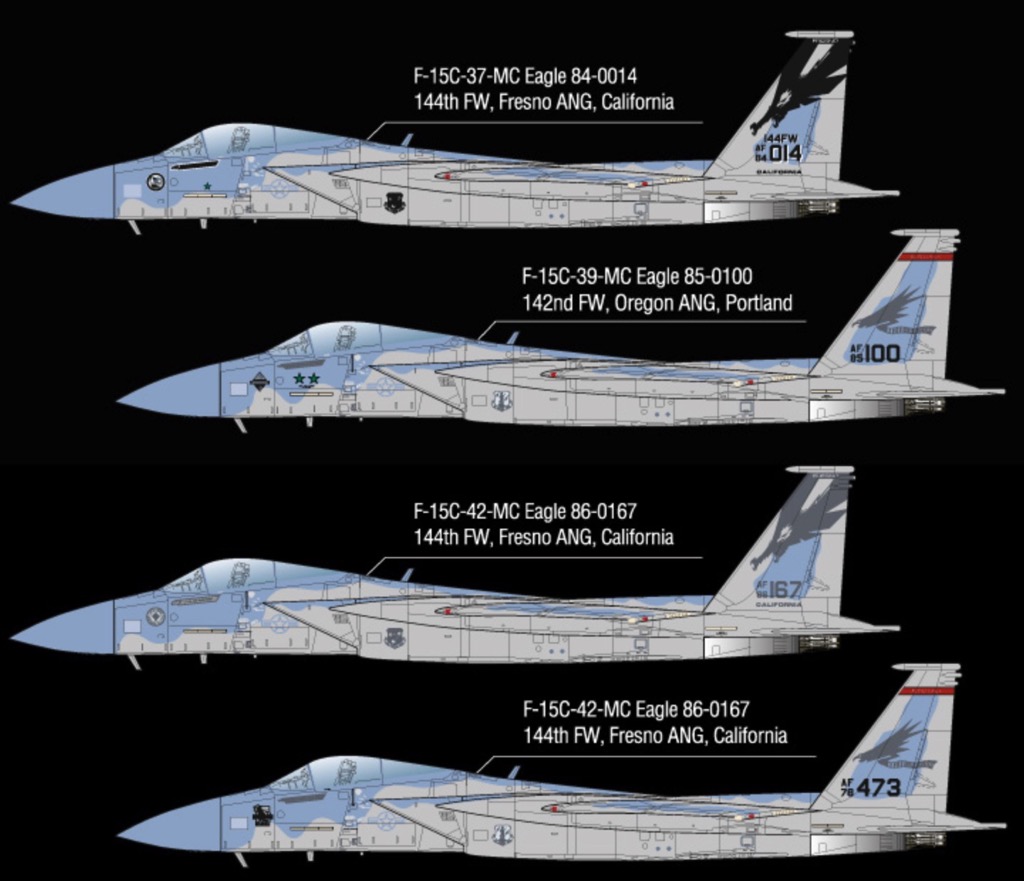 DISCONTINUED This product has been discontinued
and is no longer available.List price: $34.00
You pay: $22.49
(All prices in U.S. Dollars)

This is a 1/72 scale replica of the F-15C "California Air National Guard 144th Fighter Wing." From its detailed cockpit to the carefully reproduced "Turkey Feathers" exhaust nozzle, the kit perfectly captures this twin-engine fighter.