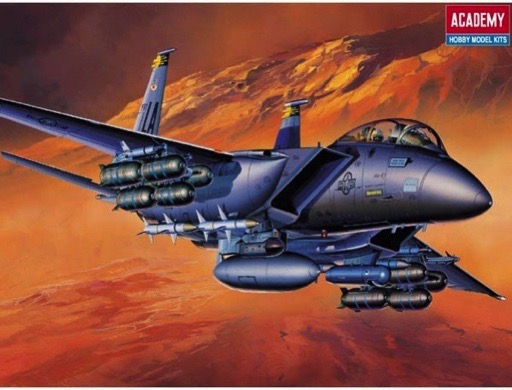 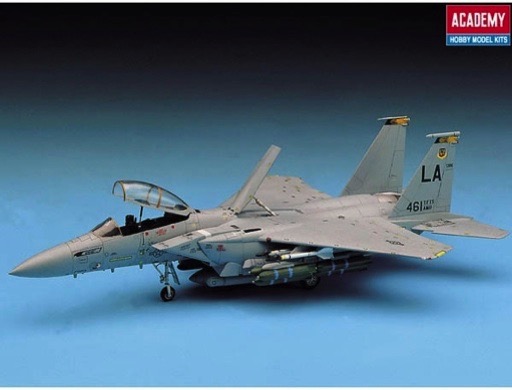 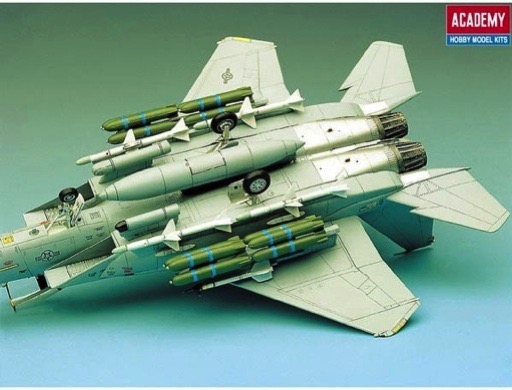 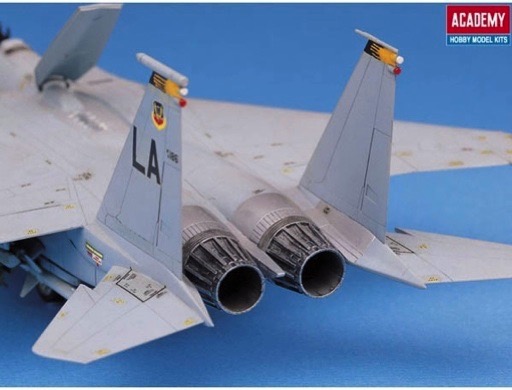 The F-15E is an expansion of the two seat F-15B trainer model of the Eagle. Among the most noticeable features of the F-15E are a pair of bulbous external fuel tanks which are blended between the wings and fuselage sides.

These huge tanks carry enough fuel to nearly double the normal amount carried by the basic F-15. In addition, these conformal tanks contain sensors and tactical systems, and are called FAST packs. This stands for Fuel And Sensor Tactical.

The first Strike Eagle was modified from the prototype F-15B and flew against the General Dynamics F-16XL in a competition for an Enhanced Tactical Fighter. Although its primary objectives would be ground targets, the Strike Eagle would still be capable of engaging in a dogfight if necessary.

The Eagle's twin Pratt & Whitney F100 afterburning turbofans provide 10,000 more pounds of thrust than the weight of the plane. This allows the F-15 to maneuver tightly without sacrificing precious air speed. The Eagle carries one 20mm rotary cannon as standard equipment, but eight hardpoints can carry an enormous variety of additional weaponry to enhance the combat abilities of the plane.