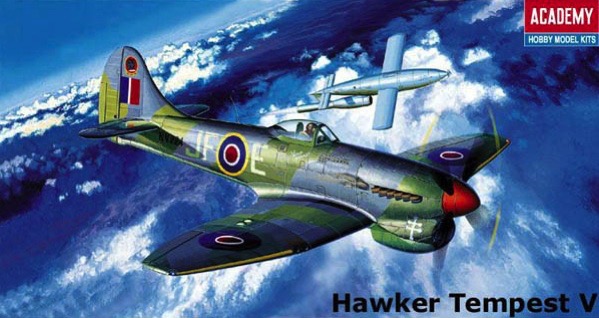 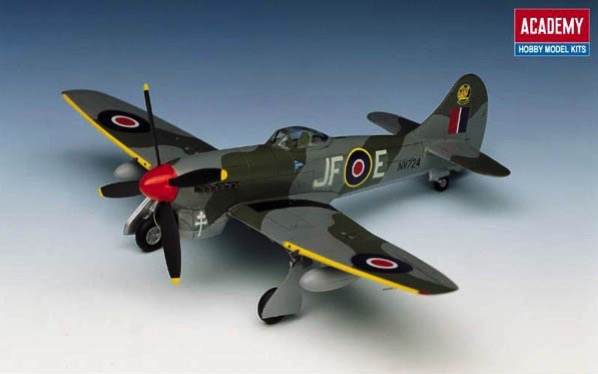 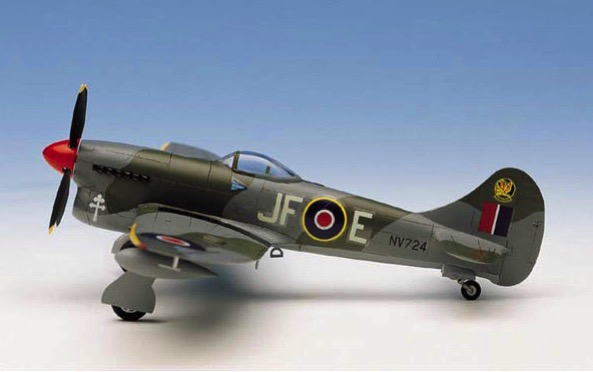 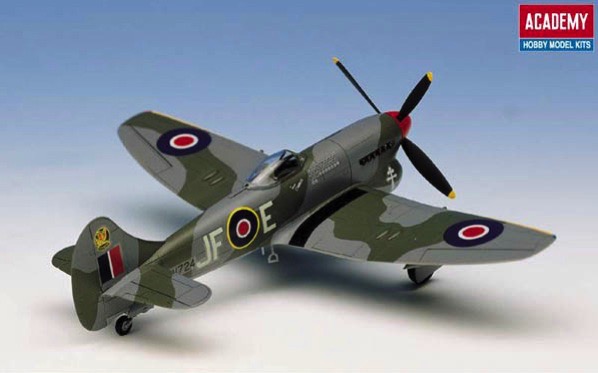 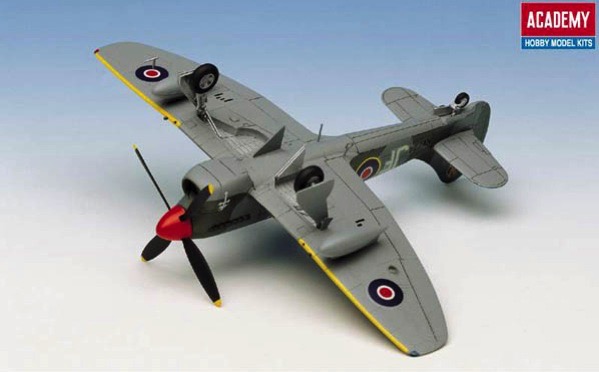 The Hawker Tempest showed impressive aerial combat ablility in fending off German V-1 "Flying Bombs" and providing air support for Allied troops that invaded Normandy, France on D-Day. It showed its versatility later on in the war, striking German ground targets as Allied forces moved across Europe. This aircraft featured Hispano cannons and a 2,180 HP Napier Sabre II engine that allowed it to fly at speeds up to 435mph.