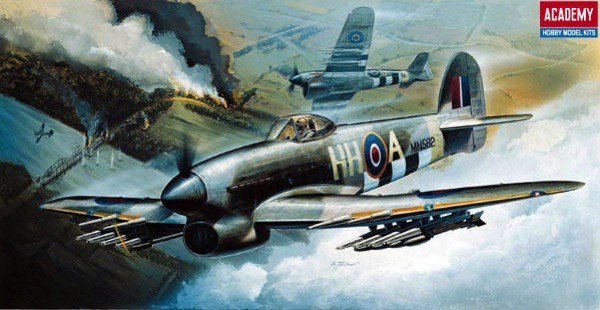 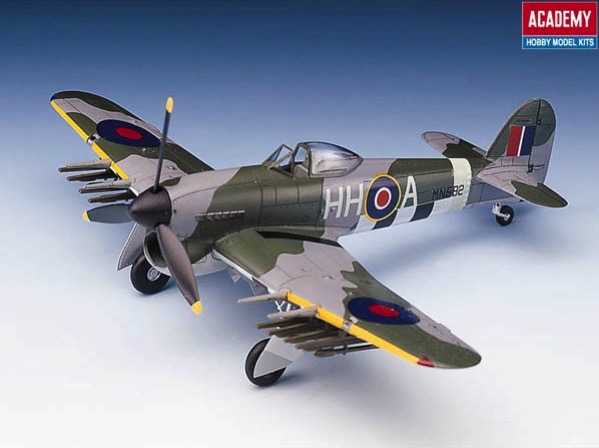 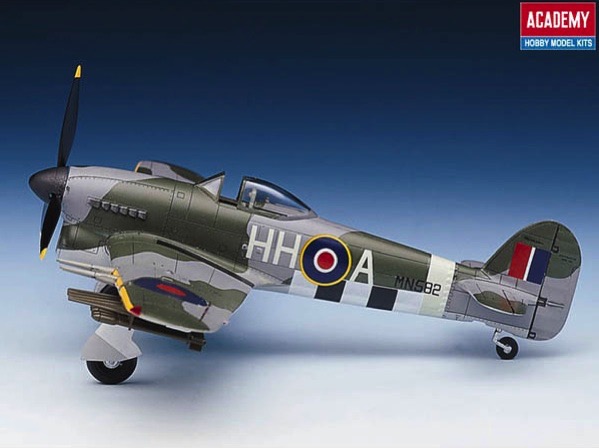 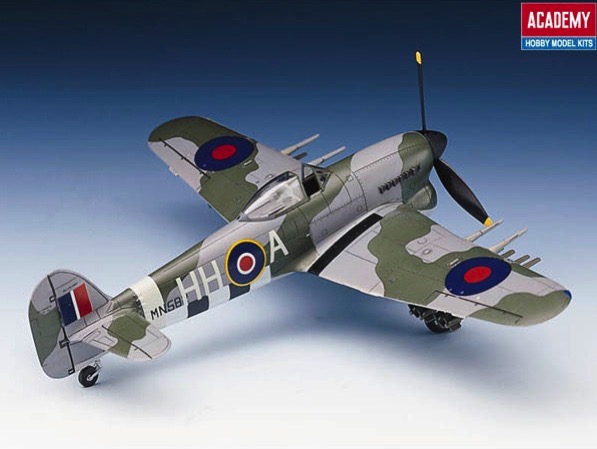 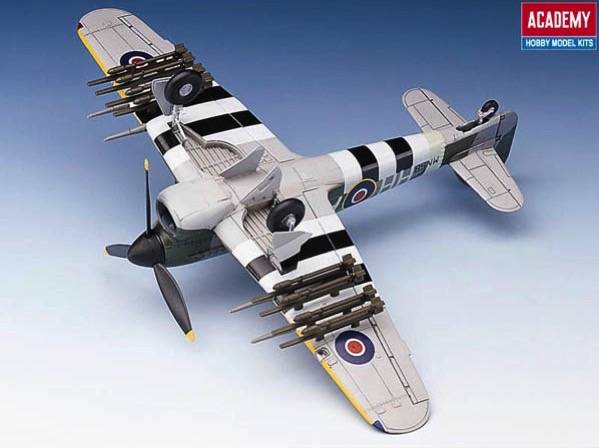 The Hawker Typhoon was originally designed as an interceptor, but its poor performance and structural failures of the rear fuselage at altitudes 20,000 feet almost ended its service at the start. Various changes were made to save this program. In late 1942, equipped with four 20mm Hispano cannon, external bomb load of up 2,000 lbs., and most importantly, the improved Saber IIA engine, the Typhoon proved that it could outperform the fighter-bombers in the Luftwaffe at low-level altitudes.

In 1943, the Typhoon IB "Tiffy" was fitted with a bubble canopy to provide the pilot with unobstructed rear view. Its unsurpassed speed combined with the firing power of rocket projectiles made "Tiffy" an integral part of the Allied fighter-bomber group. The Typhoon's continuous low-level attacks on shipping and armored divisions contributed to the success on D-Day.