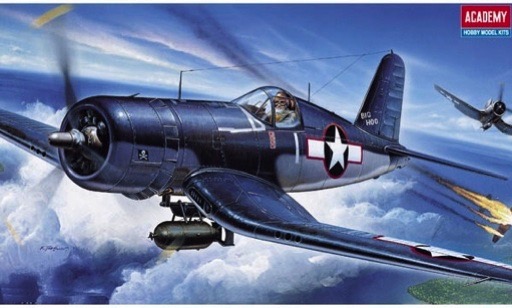 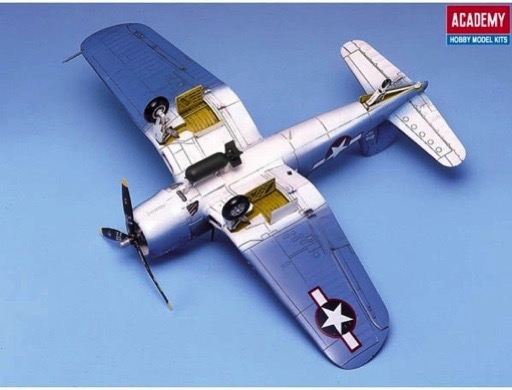 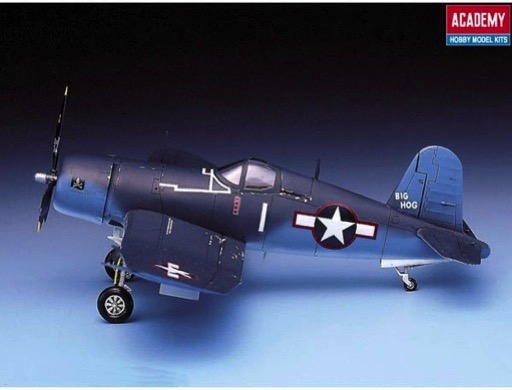 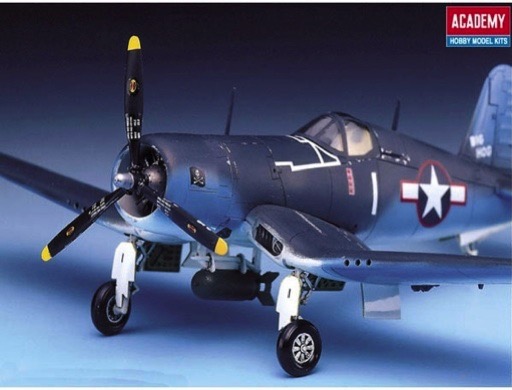 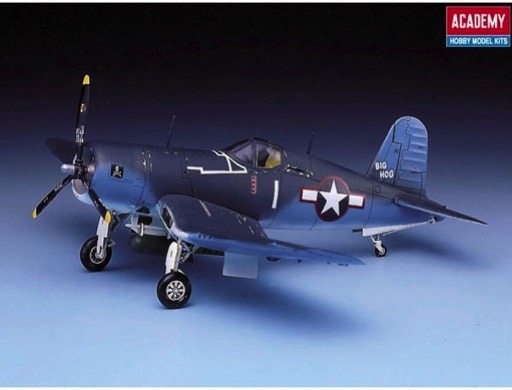 The revolutionary F4U Corsair was originally designed in 1938 in response to a US Navy request for a high speed carrier-based fighter. The producers of this plane. Chance Vought, attempted to place the largest available engine in the smallest possible airframe. This required the plane to be fitted with an awkward type of landing gear, resulting in the introduction of the inverted gullwing, the signature feature of this fighter.

US Navy carrier trials of the plane were disappointing. however. and the plane was relegated to a land-based role. It performed admirably from the ground and saw extensive use during the latter stages of World WarII and later during the Korean War in service with both the Navy and the Marines.

The Corsair, which easily outperformed every other American fighter of its time, was armed with six 12.7mm wing-mounted radial piston engine, was capable of 417mph.