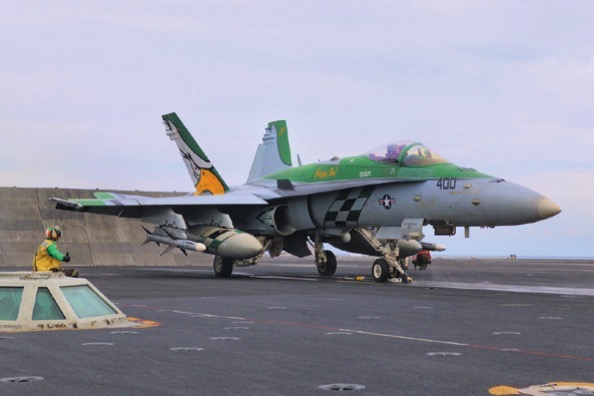 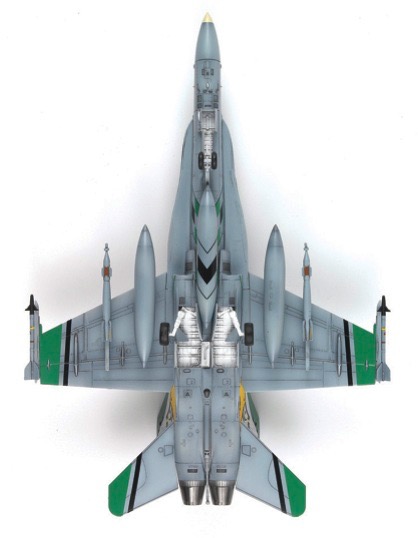 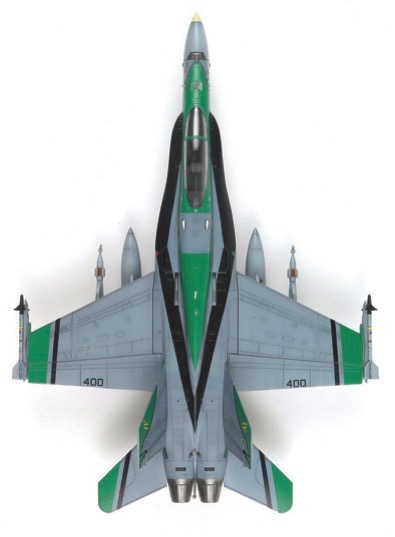 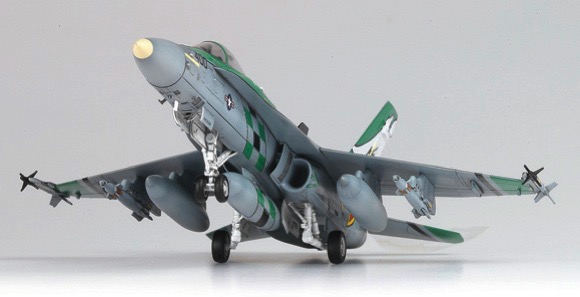 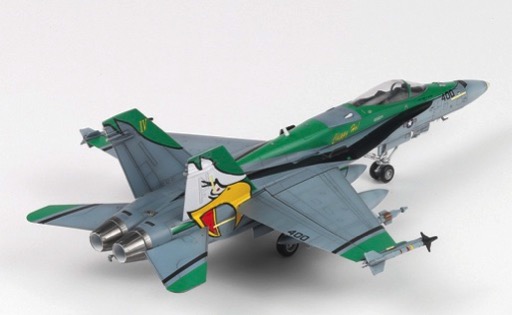 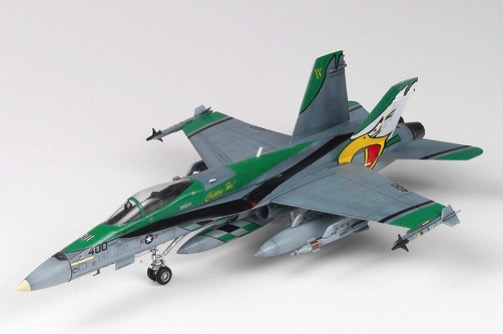 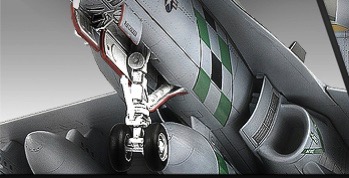 The Hornet has exceptional maneuverability and superior turn characteristics, allowing it to hold its own against any adversary. The first "C" version was delivered in September 1987, and the ability to perform all-weather night attack missions was added in later production lots. "C" models are equipped with a pod-mounted AN/AAR-50 thermal imaging navigation set, AN/AAS-38 Nite Hawk FLIR targeting pod, and Cat's Eyes pilot night vision goggles.

The F/A-18 Hornet is one awesome attack fighter. On the first day of Operation Desert Storm, two Hornets engaged and shot down two Iraqi MiGs, then proceeded to deliver eight 2,000 lb bombs to their targets. Throughout the Gulf War, Hornets operated around the clock, setting records daily in reliability, survivability, and ton-miles of ordnance delivered. The F/A-18 also serves the Air Forces of Australia, Canada, Finland, Kuwait, Malaysia, Spain, and Switzerland.